These idiomatic expressions and phrases might be commonly used, but they're also frequently used in the wrong ways. 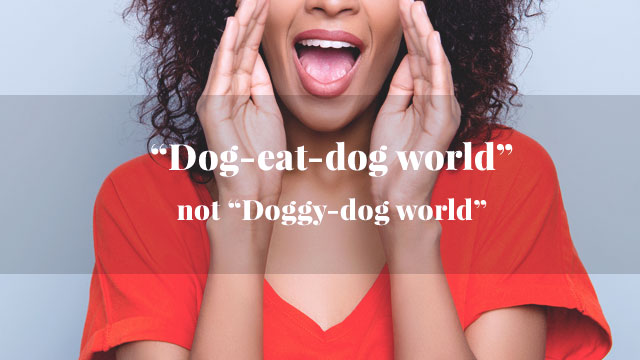 Your grasp of commonly used phrases and idiomatic expressions is one way to show how comfortable you are with the language you’re speaking. Using these can help ease conversation and also help to underscore the points you might be making. But use these incorrectly, and it can be a major faux pas!

Don’t worry, though—misusing popular phrases and idioms happens more often than you think, and even those who have advanced knowledge of American English trip on a few once in a while. Most of these mistakes are eggcorns, or words or phrases that are misheard or misinterpreted so that part (or all) of it is substituted for something that sounds similar.

Here are just a few common expressions you might be getting wrong, plus info on what they mean and how they really should be used:

When you “sneak a peek” at something, you’re getting to see something you’re not supposed to (such as an advanced look at a product, video, or something similar that isn’t out for public consumption yet). It has nothing to do with a peak, which is the highest point in something.

This idiom, which first use can be traced back to the 1600s, introduces an example that supports the argument or, well, point you are making, an in: "Many plants and herbs that grow locally have medicinal purposes; case in point, aloe vera is a known remedy for burns and skin irritations."

Someone or something favored to win is often called a shoo-in, not a shoe-in. According to Common Errors in English Usage by Washington State University’s Professor Paul Brians, “This expression purportedly comes from the practice of corrupt jockeys holding their horses back and shooing a preselected winner across the finish line to guarantee that it will win.”

While using “tow the line” might sound as if something is being dragged from one end to the other, due tow lines being common in ship speak it’s “toe the line” that’s the correct phrase to use when you mean conforming to a standard, agenda, or set of rules. The phrase finds its origins from the rule that in a footrace, you would have to set your toes to a line or mark and not go over it until the race began. “Toe the mark” is another version of this, if less commonly used.

The words may sound alike, but they do not mean the same thing. Something is “moot” when it is irrelevant because there is so much uncertainty so as to make a decision unlikely or impossible. So a moot point is an issue that can be put up for discussion or debate, but is no longer relevant, valid, or applicable.

Another case of a homophone for “peak” getting people into trouble. According to Merriam-Webster, to “pique” means “to excite or arouse especially by a provocation, challenge, or rebuff,” and it is therefore the more correct word to use when describing one’s interest.

This mistake is probably attributable to people mishearing the expression “it’s a dog-eat-dog world out there” or something similar. What this phrase means is that people will do anything to attain their goals, to be successful, even at the cost of hurting others.

The meaning of this phrase is fairly self-evident; it is usually used in commercial establishments to mean that customers are served in the order they arrive in. The past-tense form is always used for the word “served.” When used before a noun, such as “basis,” hyphens are necessary, but when used alone, they are not. So you can say “customers are seen to on a first-come, first-served basis” or “the store’s policy is first come, first served.”

When you make something “due,” you might be speaking of setting deadlines. However, the common phrase is “make do,” meaning to do your best with what resources are available to you.

This mistake may be made because people mishear the phrase, exchanging “do” for “due,” or because people are often encouraged to “do your due diligence.” According to Merriam-Webster, due diligence legally refers to “the care that a reasonable person exercises to avoid harm to other persons or their property”; business-wise, it is the “research and analysis of a company or organization done in preparation of a business transaction.”

Correct: Peace of mind OR Piece of my mind

The two correct phrases may explain why people so often use the incorrect one. When you give someone “peace of mind,” you are reassuring them on an issue they may be worrying about. When you give someone a “piece of your mind,” you’re sharing your opinion with them—and the way this phrase is turned means your thoughts are more critical than positive.

Although memes have drawn images of “escape goats” used to run away from a bad situation, in practical use, the term is always “scapegoat.” This means a person or group of people who are blamed for the mistakes or transgressions of others (or sometimes a small portion of the blameworthy group) and made to suffer in their place.

This phrase is a throwback, as the term “pore” is no longer frequently used to mean the act of deep meditation or thought. But nevertheless, when you pour over something, there’s bound to be liquid involved (as in pour over coffee), while to pore over something is to read or study it thoroughly and carefully.

First credited to Shakespeare from his play The Merchant of Venice, “bated breath” means to hold your breath, whether out of anticipation, anxiety, fear or excitement. Shakespeare used the word “bate” as a shortened form of “abate” meaning “diminish or reduce.” There is no “baiting” involved.

Again, this error probably occurs from people overhearing the correct phrase and substituting an uncommonly used word for a more common one. However, “sleight of hand” refers to the nimbleness of one’s fingers, especially when performing tricks, and the phrase is often used to describe a skillful act of trickery, deception, or double-crossing.

Correct: All intents and purposes

Most word processor dictionaries are so used to this mistake that you won’t be able to get away with using the incorrect form of this without having it highlighted or underscored. Still, it’s easy to get wrong if you’ve only heard the phrase used without seeing it before. The correct form is always “all intents and purposes,” meaning in effect, or in any practical sense with which you may be speaking. Here’s an example of correct use: After the accident, although there were still a few working parts, the damage to the car was so catastrophic that it was, for all intents and purposes, a total loss.

This error probably comes from confusion over words both meaning and sounding similar. In fact, “self-depreciating” might not be considered completely incorrect, only significantly less common, since something depreciates when its value is reduced and “self-deprecating” is a word that means to undervalue oneself (so you exhibit self-deprecating humor when you’re able to make fun of yourself).

Probably another eggcorn, this phrase means to punish someone who has done you wrong. Most people don’t think of the word “exact” being a verb, and that may be why “extract” seems to make more sense if you’ve never encountered the phrase before. However, as indicated by Grammarist.com, “In this phrase, the word exact functions as a verb, meaning to demand and obtain something, most often through the use of force.”

Incorrect: Nipped in the butt

Correct: Nipped in the bud

While it might be funny to think of something or someone getting bitten in the fanny, the phrase “nipped in the bud” refers to dealing with a problem when it first appears, before it can develop into a bigger problem. This is a garden reference, as flowers “nipped in the bud” never get to bloom.

If what you mean to say is completely unclothed, the more correct phrase to use is “buck naked”; however the eggcorn “butt naked” is so common it is becoming acceptable in casual use as well. “Buck naked” is the older term, even if no official origin to the phrase can be traced.

Got more examples of common expressions used the wrong way? Feel free to share in the comments section! 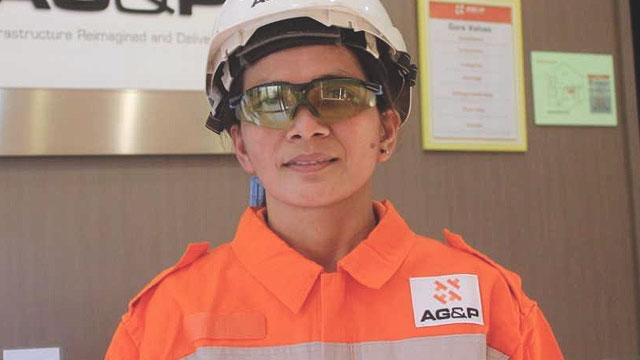 Work and Money
This Single, 40-Something Pinay Supported Her Family Through Welding 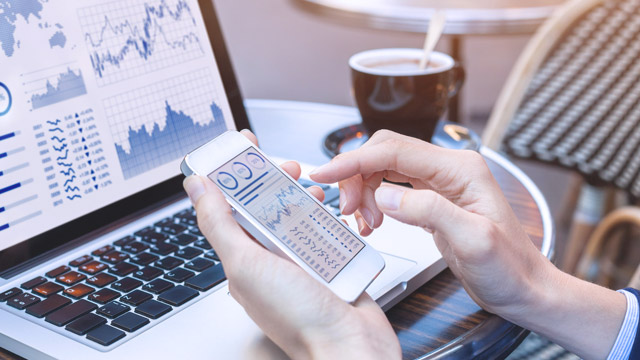