This Couple Got Married in Tagaytay Amid Taal Volcano Eruption

The guests stayed to witness the intimate nuptial "until the end," shares wedding photographer Randolf Evan.
by Patricia Melliza | Jan 13, 2020 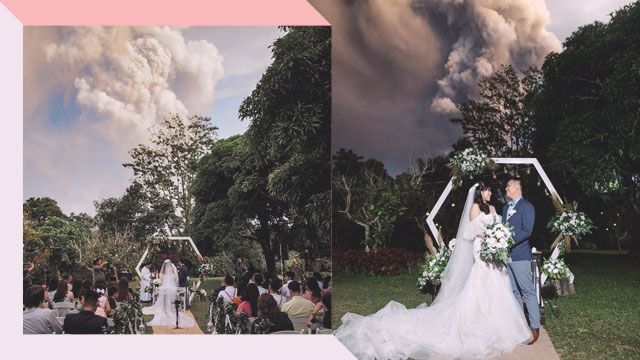 The eruption of Taal volcano didn't keep couple Chino and Kat from exchanging vows yesterday, January 12. Amidst the dark sky and the light ashfall, the couple tied the knot at Savannah Farm, which is reportedly about 10 miles from the Taal.

In the photos shot by photographer Randolf Evan, it can be seen that there was a dramatic swirl of clouds behind the couple's wedding ceremony.

"As we were starting shooting the preparations, we were already noticing unusual activity from Taal as early as 2 p.m," the wedding photographer tells Female Network through an email interview. Hence, the team "made sure to monitor what was happening via news outlets on social media.

"We even discussed discreetly among our team what we should do in case worst comes to worst!"

Still, "the couple was calm and collected throughout the whole thing," Randolf recounts. "Their wedding was eight years and two kids in the making so we understood how special this day [was for them.]"

Even the guests stayed to witness the intimate nuptial "until the end," he shares. But, of course, the reception was cut short for everyone's safety. Luckily, "they were still able to have their first dance..."

Later in the evening, the Philippine Institute of Volcanology and Seismology (PHIVOLCS) has raised Alert Level 4, which means a "hazardous explosive eruption is possible within hours to days," according to PHIVOLCS.

As of writing, Alert Level 4 remains due to continued tectonic quakes. 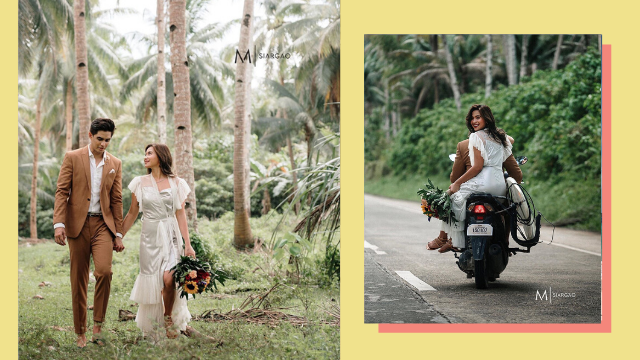 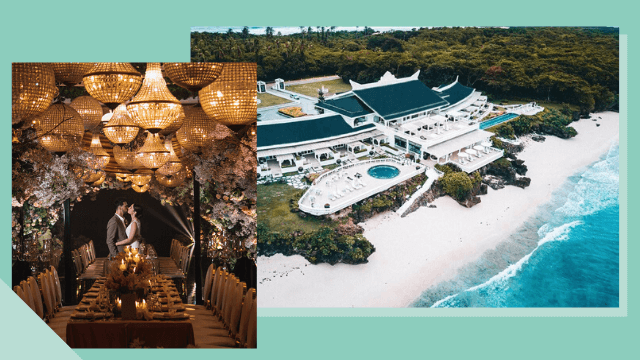