Breastfeeding May Strengthen Your Baby's Lungs and Reduce Risk of Asthma

Studies show kids who were breastfed as infants may have a better chance of winning against asthma than those who weren't.

It has always been said that breastfeeding is good for babies, and recent studies have found more evidence to support the idea. According to these reports, breastfeeding can improve your child's lung function and even lessen his likelihood of getting asthma.

One of the studies published in the American Journal of Respiratory and Critical Care Medicine looked at around 1,500 children since their birth in the mid-'90s. Their families were then asked to answer questions about breastfeeding, asthma symptoms, and smoke exposure among others. When the children reached the age of 14, they were invited over to the lab for a few tests.

According to Dr. Claudia Kuehni from the University of Bern, Switzerland, and her colleagues, those who were breastfed the longest did well on the lung function test, which measured the speed of air released from the lungs. Those who were breastfed for four months or longer also did well on the tests that examined how much air their lungs could hold although the results were only evident in kids whose mothers had asthma. As positive as these results might seem, the researchers took note of the fact that only one-third of the original sample size (roughly 4,000) came in for the lab tests.

Another study published in the Journal of Pediatrics also followed children from birth, but instead of measuring lung function, the researchers surveyed parents about their six-year-olds’ asthma symptoms and whether they had used an inhaler or even wheezed in the past. Results revealed that with each month that the mothers breastfed, there was a corresponding nine-percent drop in asthma risk. The reason for the decrease in risk, however, remains unclear.

If you yourself are asthmatic and are afraid of passing it on to your kids, here is something for you to consider. Until now, there has yet to be concrete proof that breastfeeding can increase your children’s risk of getting asthma. At this point, it would seem that the pros of breastfeeding far outweigh any probable cons. For more information, you can seek your doctor’s advice on this matter.

Helping reduce your kids' risk of getting asthma is just one of the many benefits of breastfeeding. Check out these articles for more:

For more on asthma, try these articles:

0 Shares
Share Tweet Pin Post a Comment
Personal Loan Calculator
Use this calculator to know how much you'll be paying based on current interests of banks.*
Get the latest updates from Female Network
Subscribe to our Newsletter!
View More Articles About:
Breastfeeding Asthma New Study
Comments
Trending on Network 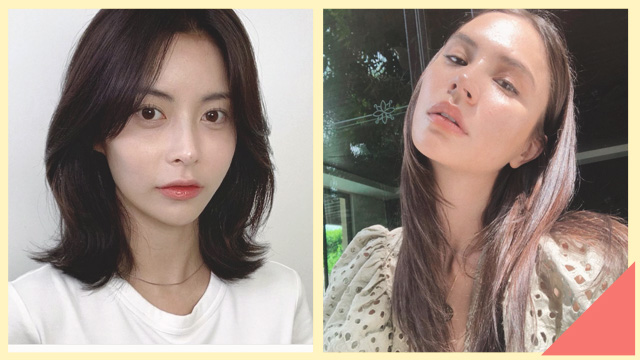 Relationships
What are your plans for Valentine's Day?