“In the beginning, it was both easy and hard,” says Myrza Sison of spearheading women’s publications that have sought to inform and support Filipinas since the 1990s. The recently retired editorial director of Summit Media and former Cosmopolitan, Preview, Spot.ph, and Female Network editor in chief (EIC) was frank about her goals in creating the kind of content she has had a hand in since she first joined the publishing industry in 1995.

In those days, she says, the Filipina was still quite conservative and set in her ways, so there was a lot of potential to help her grow. “Sex was not spoken about out in the open, medyo hushed tones lang… So the potential for helping the Pinay change and come out of her shell and find her own place in the sun, it was maybe scarier but then easier to do because you were breaking ground.”

It was the passion to uplift Pinays that guided her all throughout her life in publishing. "You love the Pinay reader so much, and you have so many hopes and dreams for her, and you really wanna empower her with information and knowledge so she’ll make better decisions.”

“From the day I could write, I was always writing stories, writing comic strips, writing for the school papers, so I wanted to be a writer.”

As a former member of the FN team myself, Myrza has long been one of my heroes in the industry. If there’s one thing I’ve learned about her, it’s not just that she’ll hold you to her “impossibly high” standards (an inside joke that produced some of the best writers and editors in the local publishing industry). She’ll show you where the bar is, explain why it’s set as high as it is, and show and tell you in a thousand ways why she thinks you can leap above it. Then she’ll do everything she can to make sure you’ve got the tools and support to fly so high, you’ll start to wonder why others set their bars so low you have to squint to see them.

When she retired from Summit Media last month, it was the end of an era for many of us who’ve studied under the School of Sison. 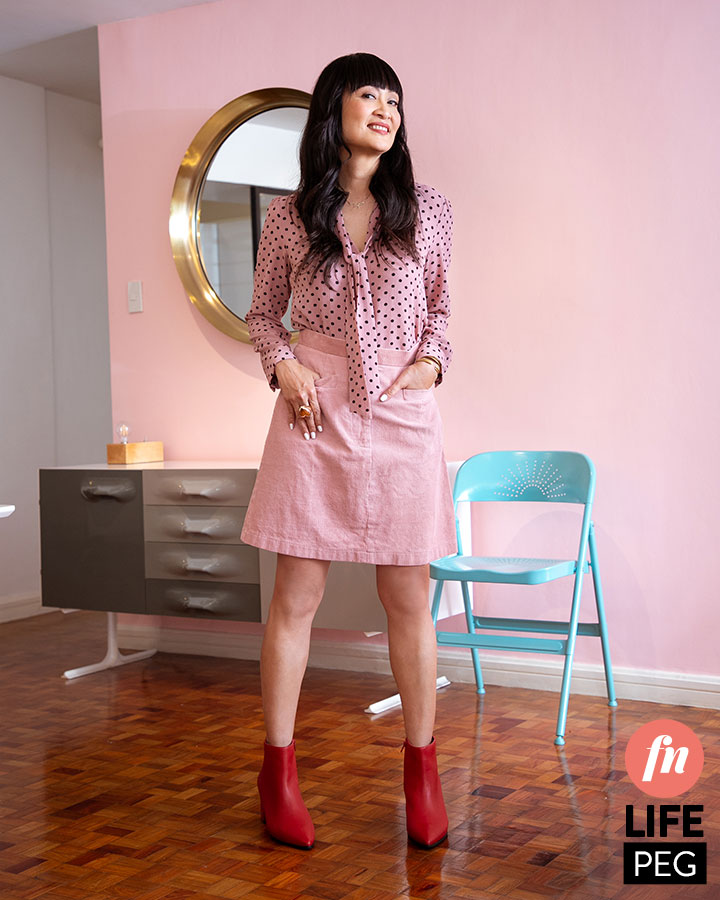 Dreams Do Come True—When You Make Them

“My dad owns Booksale, so we grew up with all the publications you can imagine. I guess those early days were my 'magazine education' years. I read every kind of magazine there was because the warehouse was next to our house.”

It’s this experience she credits with her nontraditionalist views. “Those magazines helped open up a world that was different… American magazines, especially women’s magazines, they’re very New York-centric, if you notice. So in my teenage years, parang feeling ko sa New York ako nakatira. So [I decided], 'when I’m 21, I’m gonna live on my own,’ and who does that [in the Philippines], 'di ba? In the ‘80s pa!”

It was also in childhood that she first began dreaming of becoming a writer. “From the day I could write, I was always writing stories, writing comic strips, writing for the school papers, so I wanted to be a writer.” But her father insisted she take on a science or math course. “During college application time, I was only thirteen. I finished high school at fourteen. So when you’re thirteen, what the hell do you know about what you want to take in college?

“So I took up Statistics, hated it, wanted to shift...” Throughout high school and college, though, she kept up her interest by writing for and editing the school paper. After graduating, her father encouraged her to apply for a scholarship at the Institute of Advanced Computer Technology. She of course passed, and later on became a computer pogrammer, until one day, she saw models on TV promoting a fashion show for a local clothing store. Having the secret dream of becoming a model herself, Myrza took action.

"Nag-leave ako from work, and I put on my pinaka-feeling-model attire and then I planted myself in 22 BC.” She stayed in the store for two hours, until by coincidence, an agent walked in. "He said, ‘Excuse me, but are you a model?’ And I’m like, 'No, but I’d like to be one!’"

It was a moment that would propel Myrza into the industry she would stay in for years. Eventually, she realized she was earning more from her modeling than she was as a programmer. “So nag-quit ako at nagalit ang parents ko. Parang, ‘Bakit ka pa namin pinag-aral if you’re just gonna pose for a living?’ But then I was insistent... So hindi ko alam 'yong sinasabi ko, pero join lang nang join! Go lang nang go!” 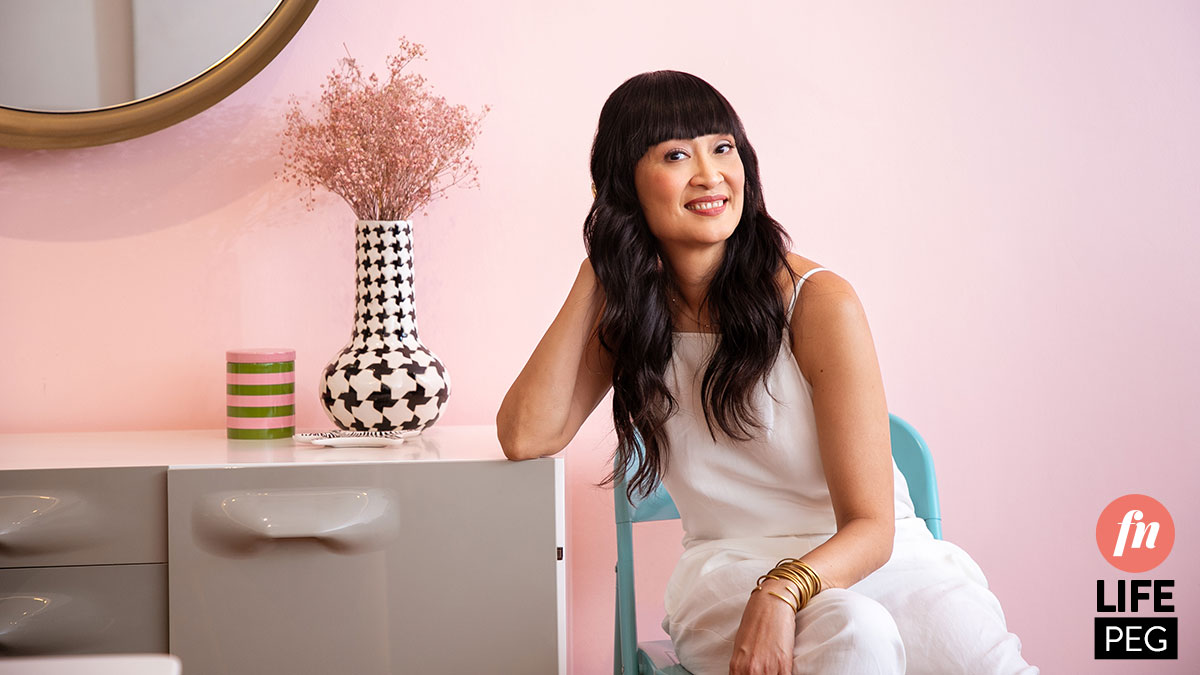 "I was a bedspacer with two other girls...in Pasong Tamo," she reveals. "May sampayan in the room for the labada and then 'yong food namin, sinasabit namin sa sampayan kasi may rats, so one night 'yong roommate ko, sabi niya, she saw a rat tightrope-walking to eat the Tasty Bread... I romanticized this whole idea na parang, it’s just like New York, parang, you have to suffer for it."
PHOTO: Jico Joson
Post a Comment

You Are the Architect of Your Own Success (And Regrets)

Myrza joined Summit Media in 1995, working for Preview. Although she was finally getting to fulfill her childhood dream of being a writer, she says it wasn’t a course she’d charted. “I think my whole life was not planned. I was just really going with the flow and then, ‘O, okay ito, a! Stick with it!’ And then, ‘How can I do my best? How can I maximize the potential of where I am now?’

“So I segued into publishing.”

“And all the dreams I put aside—not that Summit was not a very big dream, [because] it was, but there were others—I really have to make time to make all these things happen.”

And she didn’t look back. It was with publishing that she found her “purpose and fulfillment.” This, she says, was to help the readers of the publications she worked for.

Under Myrza’s guidance, Female Network went from being primarily an online forum site with little editorial support to one of Summit Media’s stronger women’s websites. She credits her success with her efforts to understand and help her readers. “Getting real and knowing what it is really they want in their lives,” she says, when asked what she learned from and about the readers of the publications she worked for. “The day-to-day dreams, concerns, anxieties, aspirations, and how you can be a part of her life and how you can help her achieve her dreams.”

Now Myrza’s focusing on her own dreams, retiring after over twenty years at Summit Media.

“I never thought the day would come [when I would retire]. I thought that I would be working ‘til the day I died!” Myrza says, laughing. “I would be wheeled in—Helen Gurley Brown, the founder of Cosmo, worked until the day she died. I thought I would have the same fate.”

It was the same leap of faith, the same level of introspection and self-awareness which led her to Summit all those years ago, that now pushed her to move on to the next chapter.

“All the dreams I put aside—not that Summit was not a very big dream, because it was, but there were others—I really have to make time to make all these things happen.” 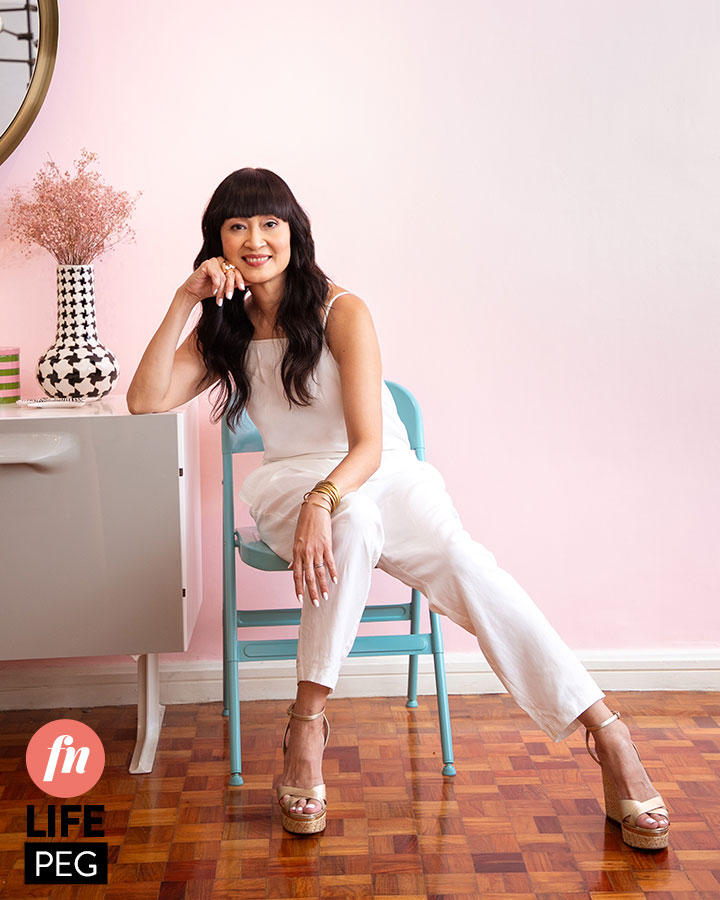 The School of Sison: 5 Secrets to Success

“Ang daming iba-balance!” Myrza says, both cheerful and challenging when offering up her advice.

1. “Uphold your standards, but pick your battles.”

With her own teams, the height of her standards are legendary. “If you’re not satisfied, you can’t [feel] guilty. No. Your standards come first. Just balance it. Train them so that they know, and then they’ll rise up to your standards…. Don’t be afraid to push through, but know when to stop.”

"...And when you are, be brave enough and confident enough to trust your instincts, backed by your expertise, and push for what you think is needed.”

“Say what needs to be said. Make a difference. You know how, when you look back and when you see something, you’re like, ‘I should have said something.’ So look back to those times and say what you need to say. What will you lose? You’ll lose nothing.”

4. “Preserve your own well-being and happiness.”

Myrza advises orchestrating all the factors above, but also cautions against burning out. “Know when to say no already. Don’t be afraid.”

5. “No regrets. [I don’t have any regrets,] and neither should anyone!” 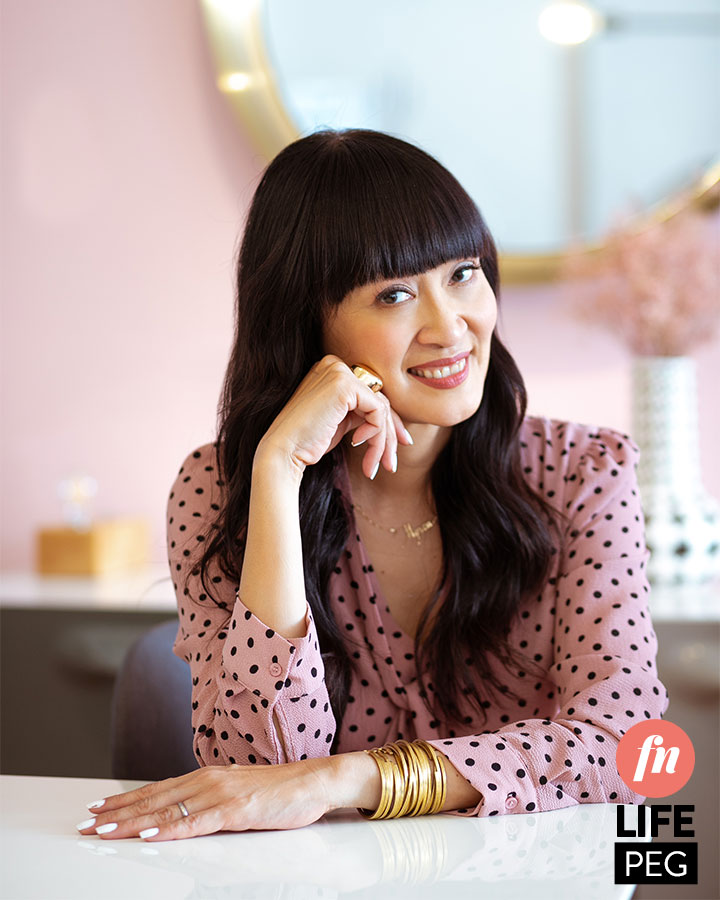 Liana Smith Bautista was the managing editor of FemaleNetwork.com from 2009 to 2012. 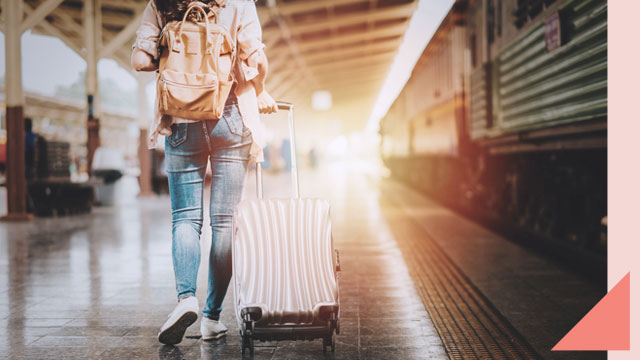 Top 10 Safest Countries for Women to Travel Solo, According to Data
Read more stories about
Get the latest updates from Female Network
Subscribe to our Newsletter!
Comments