The Kylie Padilla and Aljur Abrenica drama isn't over. In now-deleted tweets, Kylie clapped back at Cristy Fermin after the latter said she has a "source" who claims Kylie would allegedly tell housekeepers not to cook food for Aljur before their breakup and that Kylie was always talking to "someone else" on the phone.

In case you missed it, earlier this week, Kylie's estranged husband Aljur broke his silence about their separation and insinuated that Kylie was the one who cheated on him first. As of this writing, Aljur's Facebook post has been deleted. 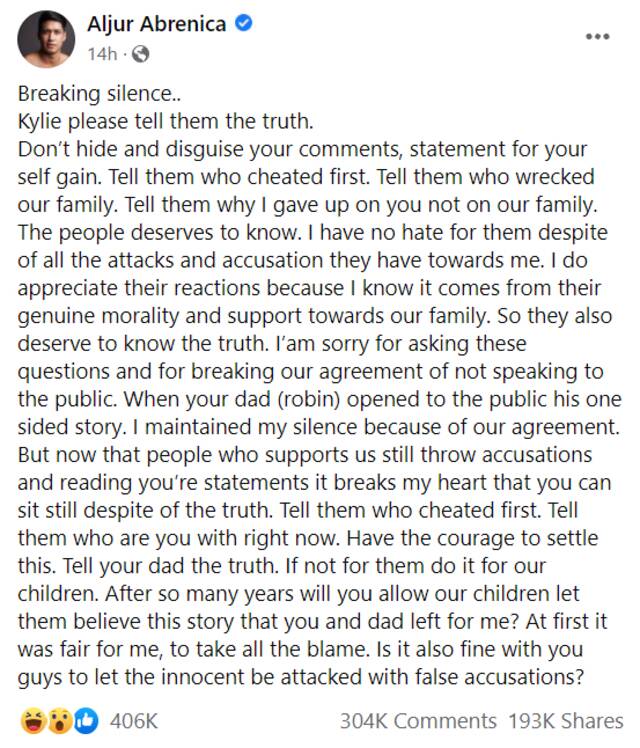 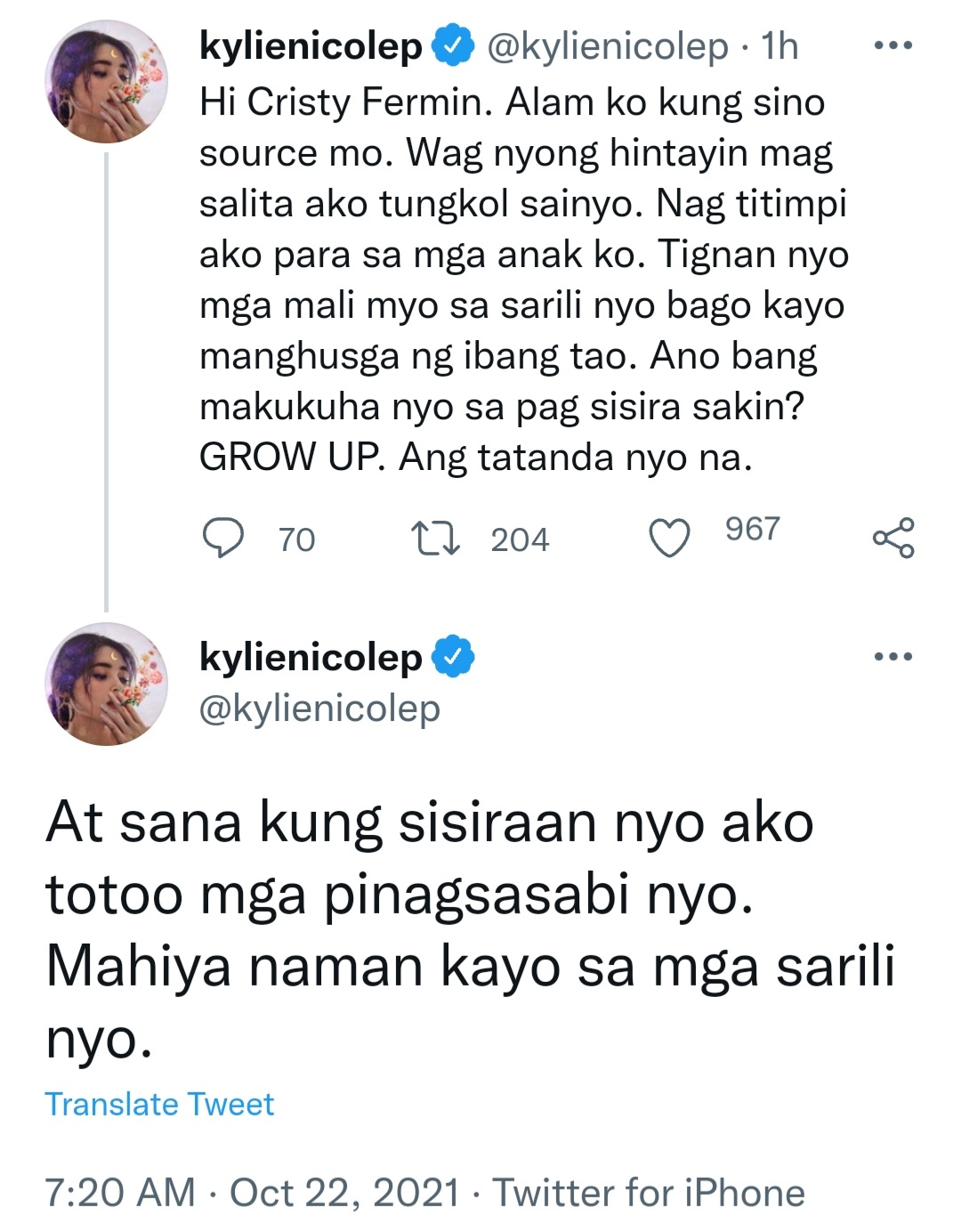 Yesterday, a post from Kylie's cousin made its rounds on social media. She claimed that Kylie never cheated on Aljur even when he "couldn't put food on the table," that Aljur owes Kylie money, that Aljur was an irresponsible husband who cheated on Kylie multiple times, and that Kylie did not know her dad Robin was going to tell the public about their breakup.

As of this writing, Aljur has not responded to these allegations. Kylie has not yet issued an official statement regarding Aljur's post, but she shared some cryptic IG Stories including a quote from Rihanna which goes: "Never underestimate a man's ability to make you feel guilty for his mistakes."

AJ Raval issued an apology to Kylie and the general public after she shared—and then deleted—Aljur's Facebook post. According to AJ, she did it because she was protecting herself and her family after so many people accused her of being Aljur's "kabit." AJ added that she will be taking a social media break for her mental health.

For a timeline of the whole drama, click here.