You Can Be a K-Beauty Reseller Through This Website for Only P2,000

K-Mall is an online store that sells beauty and other products from South Korea.
by Elyssa Christine Lopez for Entrepreneur.com.ph | Jun 15, 2018 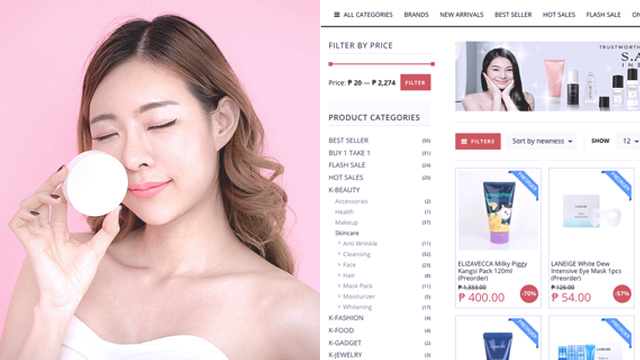 Check out the beauty section of some of the country’s largest department stores and chances are, you’ll find a variety of branded products from Korea.

Ever since K-dramas and K-Pop became the new big thing in the early 2000s, the popularity of South Korean products in the Philippines has only grown stronger.

K-Beauty is no exception. Since 2010, the value of cosmetic products exported by South Korea to the Philippines has grown by an annual average of 35 percent, according to data reported by South Korean authorities and compiled by the United Nations International Trade Statistics Database (UN Comtrade). 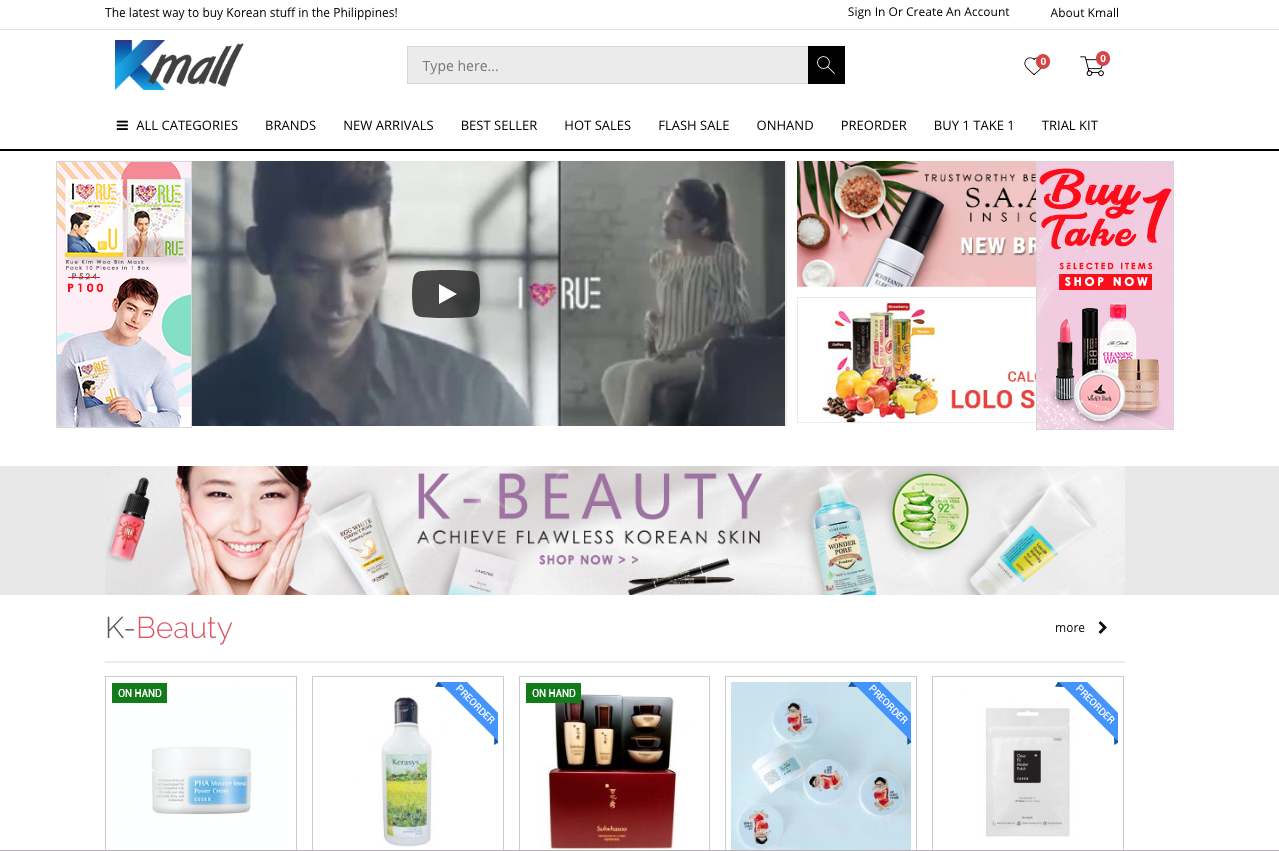 Screenshot of K-Mall, an e-commerce platform that focuses on beauty products from South Korea

Seoul born-and-raised Young Eun Kim first noticed the local market’s love affair with Korean-branded products when he first came to the Philippines in 2010, but it was not until last year when he finally moved to exploit the business opportunity. 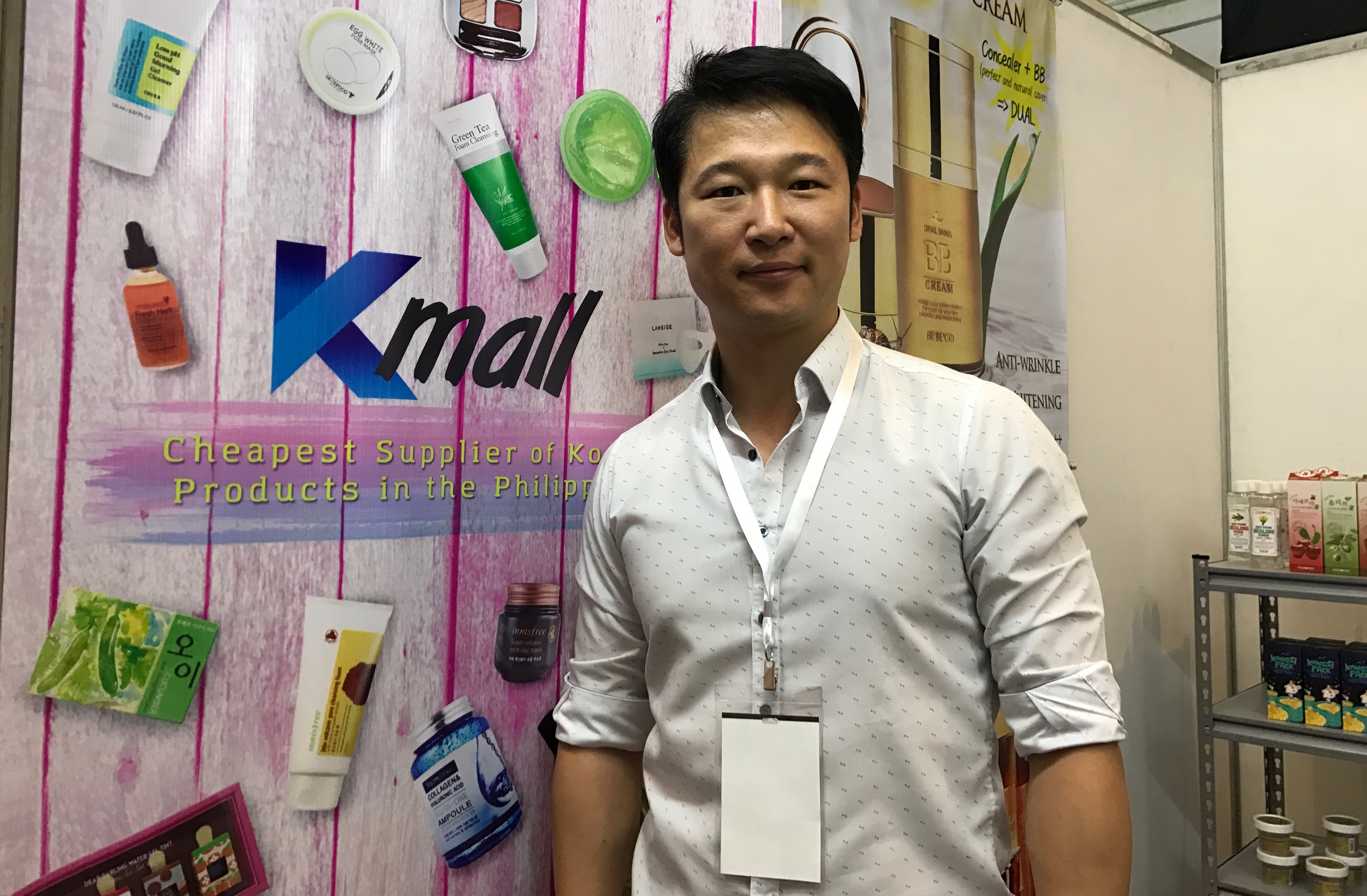 Young Eun Kim noticed the local market’s love affair with Korean-branded products when he first came in the Philippines in 2010. He opened K-Mall last year after selling gadget accessories for seven years

But to quickly gain footing in the local market, K-Mall mainly sold Korean-branded cosmetic products on its first three months of operations at bargain prices with the hundreds of online K-Beauty resellers in mind.

To become a reseller, a user would have to purchase P2,000 worth of products on the site on his or her first purchase. He or she would then have access to up to 70-percent off discount on their next order. The user would have to purchase at least P2,000 worth of orders monthly to maintain his or her discount on the site. If not, he or she will be downgraded into regular customer prices.

The same goes for those who wish to become a dealer: a user would have to buy P10,000 worth of products on his or her first order to access an 80-percent discount on next purchases. 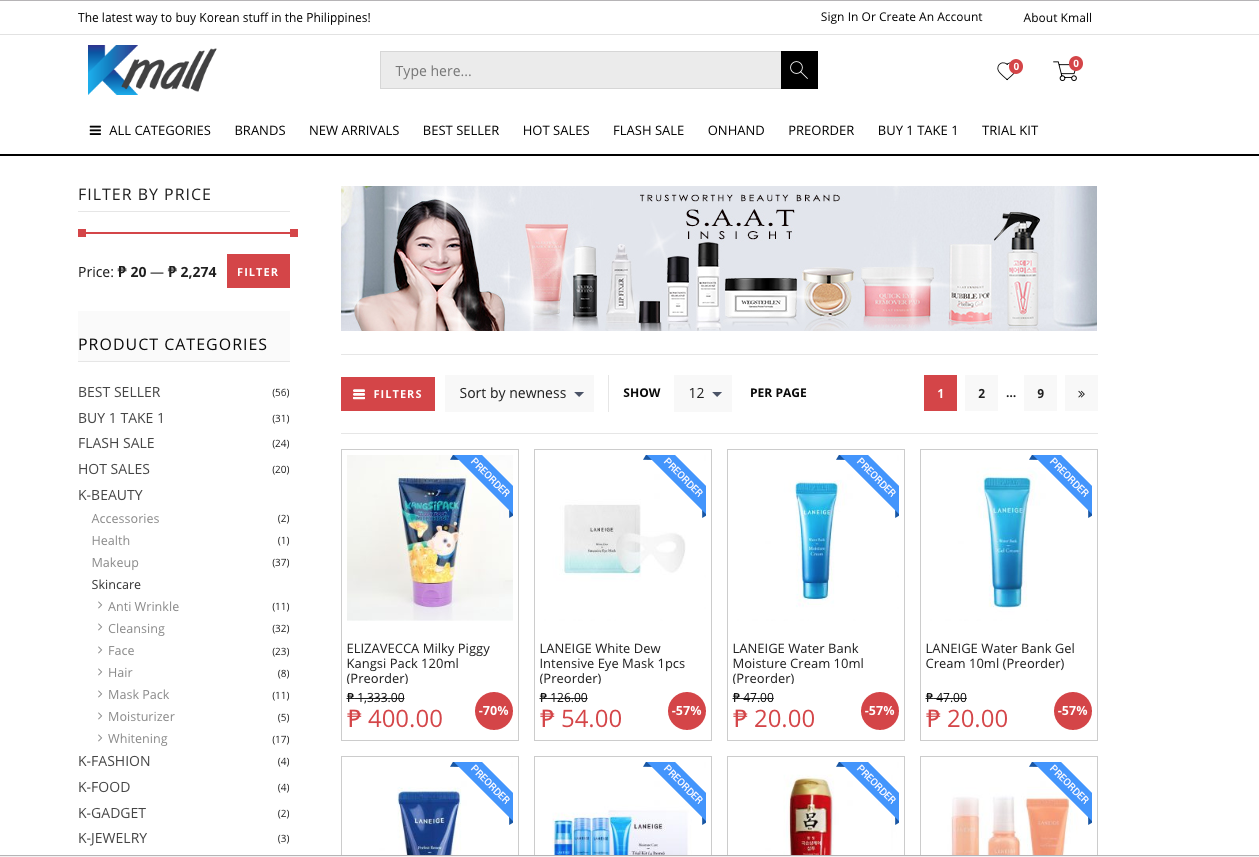 K-Mall now has around 2,000 customers actively ordering monthly since it started operations

The strategy has worked for the company so far. According to Kim, K-Mall now has around 2,000 customers actively ordering monthly since it started operations, a quarter of whom are resellers and dealers. By the end of the year, he expects the site to cater to at least 10,000 customers.

“The reason we can supply the [cheap] price is because we’re collecting the dealers and the sellers so I can say we’re looking for wholesale buyers, not just casual customers even when we sell [for] both on our website,” Kim explained.

As of May, there are already around 1,500 items posted on the site, majority of which are K-Beauty goods. Still, Kim expects that number to grow, along with the food section, which is set to expand with more offerings this quarter. 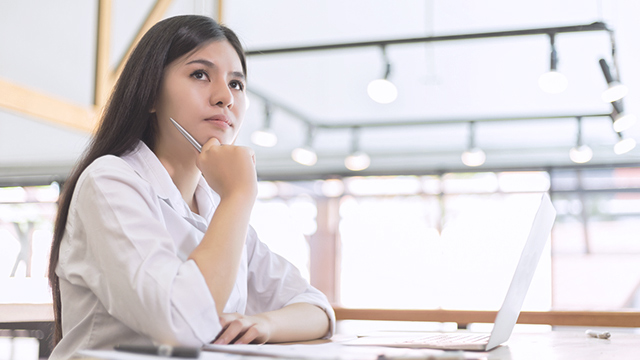 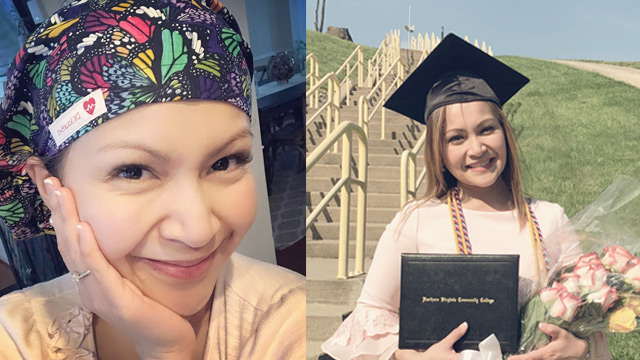