5 Ways to Deal with an Officemate Who Steals Your Ideas

Once may be a fluke. Twice, a coincidence, but if you notice that a colleague of yours seems to have a habit of taking your ideas and spinning them as if they were her own, then you may have a problem.

Credit-grabbing isn’t only about an officemate blatantly presenting the deck that you made and claiming to your boss that she did everything. It can also be very underhanded—like having another person raise your idea in a meeting because she overheard you talk about it with your teammate.

Sadly, this kind of theft happens in the workplace very often, and is usually caused by both fear and laziness. “Colleagues take credit from others because they think they probably can get away with it,” says McClaire Group founder Charmaine McClaire on CNN. “If one feels powerless to affect positive and necessary change, then stealing what one can’t create oneself begins to look like a plausible solution.”

Dealing with a credit-grabber may be awkward, but don’t be afraid to let your voice be heard. Here are five ways on how to deal with the issue while still being professional:

Don’t blaze into her cubicle with proverbial guns firing. Take time to calm down and collect your thoughts. If you can collect evidence along the way as well, all the better. Remember that your office is a very volatile ecosystem, and politicking unfortunately does happen. Having a clear head can help you deal with the situation efficiently.

2. Approach your colleague with questions, not accusations.

Instead of calling her out on stealing your idea, ask her about how she got it in the first place. “Research shows that it’s much better to ask why it happened than to make a claim,” says Northwestern’s Kellogg School of Management professor Brian Uzzi in a Harvard Business Review article. While this may be a slightly passive-aggressive approach, it may help you get to the bottom of things and make your credit-stealer realize that what she did was wrong.

3. If the problem doesn’t go away, escalate.

Sometimes, you may need a higher–up to intervene. When you escalate the issue, do so with discretion, and do it not to get revenge, but to make it known that your work is yours.

To avoid having your ideas stolen, remember to only talk to the right people who can actually help you improve your concept. “Get strategic,” says McClaire. “Ask yourself who in your organization is seen and valued as a leader and needs to know about [your ideas]. You’re getting your idea out there before it can be stolen and you’re also making it clear that it’s your idea.”

5. Improve on the idea, and take others along with you.

Defeating a credit-grabber means defeating the original idea that was stolen from you—which can actually be a positive thing, because it will force you to think outside the box. Ask help from your team, and when the idea outshines the first, remember to give credit where its due. After all, sharing the spotlight with others is better than basking in it alone. 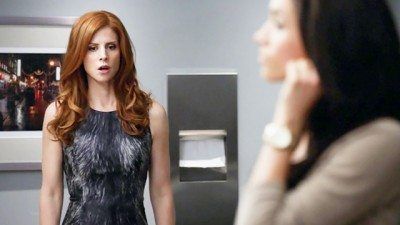 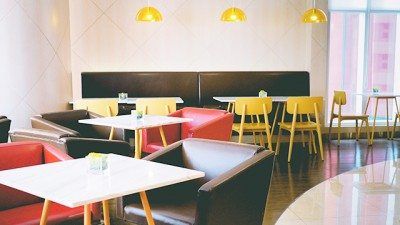