How Guys Talk to Their Barkada About Girls They Really Like 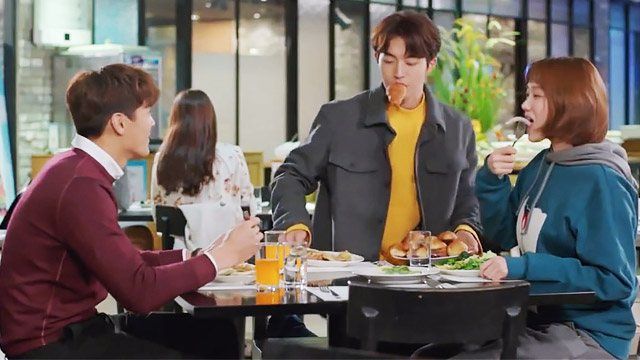 When was the last time you had a crush that your girl friends didn't know about? We even text our bffs about random cuties who pass by. But is it different for guys? We asked real men about what it's like when there's a new woman in their life.

How do you know if you really like a girl?

Guy A: If I really like a girl, I don't waste time. I get her number and I text her right away.

Guy B: I know I like a girl when I'm willing to sacrifice my "me" time.

Guy C: I just feel it. A lot of people say that women are more emotional, but I really don't think so. I've always felt that women make more logical decisions when it comes to love. When I ask a woman why she likes someone, she usually has a list: "He's a good provider," "He has a stable job," or "He's super funny." For guys, we just like someone because we like her. It's not logic; it's an emotion.

How long do you wait before you tell your friends about her?

Guy A: Timing is everything. My friends and I don't have super serious conversations about the women we date. Our conversations revolve around games, current events, music, and even politics. I bring it up, but not in detail.

Guy B: Probably after the third date? But I bring up someone I like almost immediately.

Guy C: I usually don't tell my barkada. They'll know na lang when I bring her na to a gathering. Obviously, this is after I know that she's important to me. Then, I ask for validation from my friends.

Guy D: I'm very public with how I feel so my friends know right away when I'm interested in someone.

What do you say about a girl you really like vs. a girl you're not that serious about?

Guy A: To be frank, we respect the girl we love. If we talk about a girl na hindi naman sineseryoso, lalabas na lahat nung nasty stuff.

Guy B: It's an awful thing to say, but with girls I can't take seriously, I really don't care. I say whatever they want to hear, and I tell my friends every detail. But with a girl I want to keep in my life, it's different. I let myself feel vulnerable.

How can you tell when someone in your barkada really likes a girl?

Guy A: Whenever a girl is properly introduced to us, we know it's serious. Also, that dude's usually MIA when we have a boys' night out.

Guy B: Palagi siyang wala sa lakad! That's usually a sign. A girl must be pretty special if he's willing to bail on us. Also, when he introduces a girl to us, he must really like her because that means ready na siyang mapahiya. LOL!

Guy C: Apart from actually introducing the girl to us, I know my friend is serious about someone when he doesn't talk about her in a sexual manner. Instead of telling us how hot she is, he usually talks about her work or how kind she is. And he gets really protective.

Guy D: He usually brings her up every chance he gets. And like girls, we put in a lot of effort—we even go shopping for dates!

How do you know if the girl is someone he's interested in or someone he has friend-zoned?

Guy C: If the chick is in the friend zone, he most likely won't tell us about her. They hang out, we see photos on social media, but we never hear about her.

Guy D: He doesn't put in as much of an effort. For instance, instead of driving her home, you book her an Uber. LOL!

What advice would you give a friend who's kinda torpe?

Guy A: Girls are SCARY, especially when they travel in packs. Torpe din ako. My advice is just to go for it. Hesitation will kill you, and the answer will always be no until you ask.

Guy B: Honestly, just be a good man, a better man. If you're not willing to do that, then just go home and marry your hand.

Guy C: Try being friends with her first. Men don't like failure, which is why we avoid rejection. Just befriend her enough without entering the friend zone.

Guy D: Learn how to read the signs. Pay attention to her body language and see if you should actually approach her or just give her space. While I always want to root for my buddy, it's just smart to see if there's even a chance before sending him out into the battlefield.

What does it take to be a good wingman?

Guy A: Support your boy no matter what! Lahat ng pabango gagawin ko. And most importantly, I distract her friends so my friend can talk to the girl he likes.

Guy B: Be ready to take one for the team. It's my job to fill the dead air until they become comfortable enough on their own.

Guy C: We're there to support him. One thing I'll say, though, is that, in general, wingmen are there to get their friends laid. Men who have wingmen aren't that serious, so don't expect a full-on relationship. 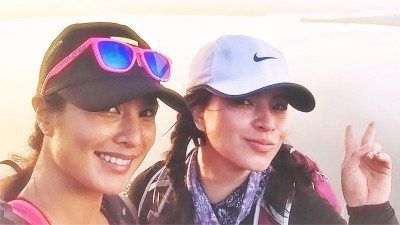 Relationships
How You Fall in Friendships at First Sight, According to Science 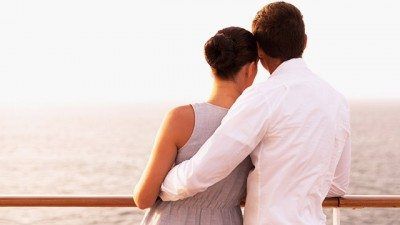