To The Man Who Only Saw Me When He Was Broken 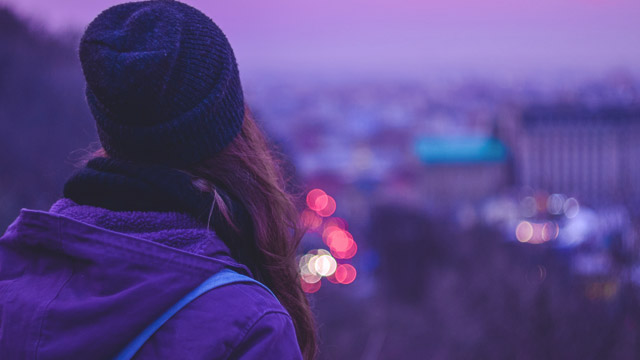 Happy birthday to you! It has been years since I acknowledged your existence. Yes, our communication was not consistent—it has never been. But, we never stopped reaching out to each other.

I felt that I was always available for you even after everything you've done. What you did is not wrong, but it's somehow frustrating, just so you know.

It's actually my fault to expect something from you.

You were the person I considered to be The One after years of protecting myself from possible heartaches.

But, it didn't go the way I want it to be. I thought there would be an “us” this time, but I was wrong. It never happened, so I pretended that I was fine. You never told me those three words that can make any woman’s heart flutter. Maybe I was the only one who assumed everything.

I was so excited with the fact that I might finally have a good boyfriend in you; I was blinded by the thought of being in a relationship with someone.

When I saw you with her, even before it became official, I knew that it was time for me to stop daydreaming about “us” ever happening. I was not surprised when you made your relationship public. You didn't cut off communication with me, but there was no point in talking already.

Why would you still text me if you didn't like me? Were you weighing your options between me and the pretty lady? How could you make me feel that I was just an option?

Was I just your backup plan?

I stopped responding because I knew that it is nonsense, and I wasn't that kind of girl.

It's seems that I am a hindrance to your happily ever after–and it made me bitter somehow. My fairy tale dream was snatched by somebody who had no idea that I even existed. I realized, you were my prince charming, but I was not your princess. I was just a friend you leaned on during your low point.

Time passed by, and you were single again. I didn't have plans of reconciling with you that time, but every time you message me, I can't stop myself from texting back. I knew there was still a part of me that wants you back so badly.

I even told myself and made myself believe that maybe it's my fault and that I just assumed everything. I just had a misinterpretation of our relationship—or if you can even label it as a relationship.

When you came back, it was as if nothing happened. It's like we started all over again, a clean slate. You even invited me to your house, and you introduced me to your friends. Our communication continued until I saw a post—you were with another pretty girl again.

History must really be repeating itself. We never stopped talking, though. One day, you told me you were wrong and that you failed to recognize I was always there for you. I was the girl that always made you happy. You admitted that you failed to notice my value.

I was so dumbfounded with your sudden confession. I paused and gave myself time to think about it. You told me that you and the other girl were over.

I was shocked, but I had to act like it didn’t matter at all.

Now, I want to tell you something, it's over now. I can't act like everything is just fine. I've become your catch basin all this time.

I don't deserve this kind of treatment you've given me. Let's break up now—oh, wait, we never had labels about what we had. Let's just say I'm letting go of the idea of use being together. I need to stop this illusion. I am so tired of being stupid.

It's my turn. You’ve lost me. There will never be an us. I wanted to show you how much I love you, but you were always busy looking at someone else when I was already in front of you. You only saw me whenever you were heartbroken. You never wanted to let me go, but you never held my hand.

And now, I want to love myself and to let go of the person who barely saw my worth.

I won't be your "maybe" anymore.

Relationships
5 Ways to Move On Faster After a Breakup