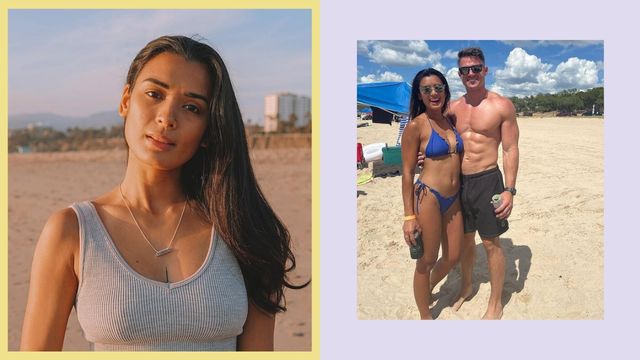 When it comes to romance, celebs are just like the rest of us! Sometimes, that means going where the rest of the normal folks try to find a romantic connection—yep, we're talking about dating apps. Case in point: Michelle Madrigal, who seems to be especially lucky with using the app Hinge, has found her new non-showbiz boyfriend named Kyle.

In a YouTube vlog, Michelle got candid about her new relationship—revealing details such as how long they’ve been dating and where it all started.

"We met through Hinge, so it's a dating app. Obviously, hindi ako masyadong lumalabas being a single mom and nag-swipe siya at ako rin, and then we started chatting," she said.

According to the 34-year-old star, what attracted her to her beau was his family-oriented profile, which featured his kids. She shared, "Nandon yung pictures ng kids niya. I also had my daughter sa profile ko. You could really tell kung ano 'yung character ng lalaki the way they are sa kids nila."

"When I saw how he is around his kids—the way he talks to them, the way niyang i-treat sila—I was like, 'Oh my gosh,'" she gushed. "He's very caring and sobrang malambing."

Kyle, on the other hand, said he likes Michelle's personality, describing her as "nice, wholesome, and down to earth." He also opened up about how he loves deep conversations with her. "It's very easy to really like her and want to progress," he said about their relationship.

On Twitter, netizens couldn’t help but react to news of Michelle finding another boyfriend through a dating app. (ICYDK, that’s also where she met her ex-husband Troy Woolfolk.) "Michelle Madrigal, patron saint of dating apps, pray for us," one netizen wrote, among several hilarious comments. LOL!

Michelle confirmed that she has finally gone separate ways with Troy last April. They had a daughter together. It was last August when she revealed that she had a new man in her life, and has since traveled with him to gorgeous destinations such as Thailand and our very own country.

We’re so happy for you, Michelle!