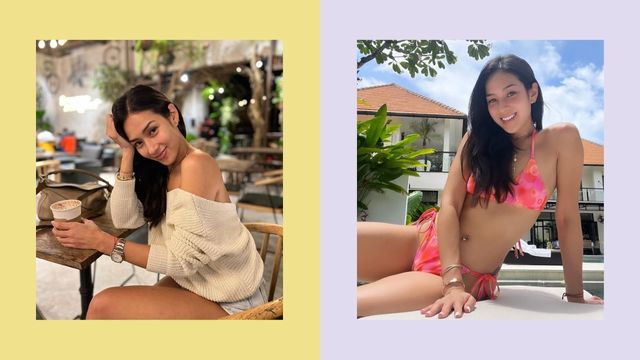 Sshh, hear that sound? It’s the breakup rumor mill churning once again, because another celebrity allegedly broke up with her husband. The subject of speculation is socialite and model Mikaela Lagdameo-Martinez, who recently had a cryptic post on Instagram about going solo, sparking split rumors with businessman husband Chucho Martinez.

In one post, she wrote, “A woman who is secure and gains her strength from the Lord is not afraid to finish the year alone. Whether you are in a relationship or not, it doesn’t mean being lonely. There are also so many that are stuck in relationships and yet feel empty, unhappy and broken.

“It’s all a matter of what you decide. Take this time of quiet to reflect, and do something meaningful & different for you. Alone but secured. Alone but strong. Alone but so loved by the Lord and those that surround you.”

In the comments section, her celebrity friends including Maggie Wilson and Bianca Gonzalez expressed their support. Her fellow influencer Janeena Chan even called her an “inspiration” for her empowering message.

Fanning the flames of the controversy, Mikaela also reportedly unfollowed her husband, and shared holiday photos sans him.

The lovebirds have been together since Mikaela was 17, and had three kids together including budding vlogger Noelle Martinez. Neither of the two has issued a statement about the issue as of writing.