I Was In Love with a Dead Man 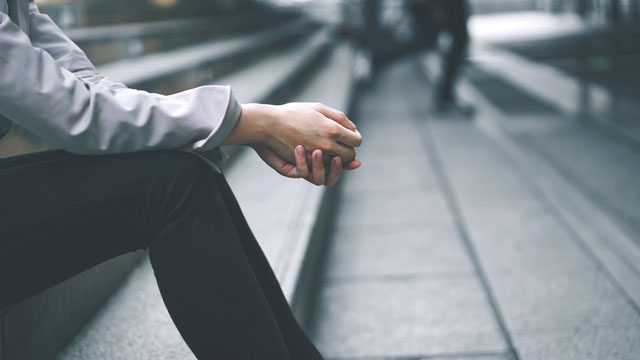 Years ago, I had the "privilege" to love a dead man. You might think this sounds absurd but it is true. I was deeply and madly in love with a dead man.

I met Adrian in my early 20s when I was in Singapore. He was a few years younger than me, had the height of a basketball player, a dreamy pair of eyes, broad shoulders, a manly smile, and a mysterious personality.

I’ve always liked mysteries, which made him so attractive in my eyes.  I thought I’d never be able to solve the mystery of his personality, but I was surprised when he started to be so open to me. And soon enough, we became a couple.

There were a lot of things I discovered when we started our relationship. I didn’t know that he was into art, especially painting. I was also surprised to learn that he loved reading books–Agatha Christie was his favorite author. I personally love paintings and literature and I was so happy when I found out that he was also into things that I love.

We decided to continue our relationship even by the time I had to go back to Manila. We messaged each other in Whatsapp and video chat when we had the time. Months after, I got accepted to work for an advertising agency and he had to start his internship. The daily conversations became fewer since we were both swamped with work. I felt guilty for being a workaholic so I decided to surprise him by writing a random love letter. I was on my way to the post office when my phone suddenly rang.

It was a call from Adrian’s sister and she was sobbing. “He’s involved in a car crash. He is dying, sister.” My head was spinning, my world was in slow mo and I couldn’t hear a thing. I felt a deep pain in my chest, like my heart was being torn into million pieces. I was so lost and didn’t know what to do. All I wanted that time was to be beside him. But I couldn’t. I had a major client presentation scheduled that week. But I promised to myself that after my work commitment, I would fly to Singapore and take care of him. But two days after, he died.

I cried myself to sleep for weeks. My family and I mourned for him. The urge to see his grave was so strong that I just wanted to get out of Manila and say thank you for one last time. But his last wish was for me to stay strong, move on and live happily. He told his sister not to tell me where he was buried. And so she obeyed. I know that wherever he was, he was resting in peace.

Or at least that’s what I thought.

It took me three months to finally accept what happened and start moving on. I began laughing again. Friday nights are spent with friends again. I started attending a certificate course at a graduate school to distract me from any sad thoughts. And then one night after my class, I received a call from an unknown number. I answered it immediately, thinking it was from a client.

I was a hundred percent sure that it was Adrian’s voice. At first, I was so happy because the man I love was alive, that I could see him, and hug him again. But then this excitement turned into anger and pain. He explained to me that he did that because he was scared that the relationship might get too serious. He got accepted as a scholar in the US and had to be there, so he thought that maybe after thinking that he died, I could move on from him easily. But when he read my blog and saw how devastated I was, he felt really guilty. I was so mad at him. And then later on, I figured out he was already seeing somebody.

Honestly, with everything that he did, I don’t know how to forgive him. Even more, how can I forgive myself for letting this happen? Yes, I fell in love with a dead man, a man that has nothing inside, a man that has a big hole in his life.

I guess even if years have passed by, it still stings whenever I talk about this. But just like the saying goes, I’ll let time do its job. What’s important is, I picked myself up from where I fell down, and learned the major lessons I had to learn. I wouldn’t be this strong now if it weren’t for what happened. So to the dead man I loved, may you find peace in your heart.

Relationships
To The Man Who Has My Heart