I Said Goodbye to My Almost Love 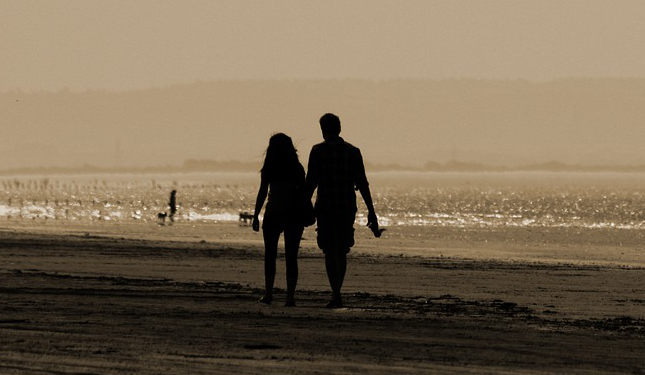 I was dumped by my boyfriend of six years. My life crumbled. Richard was my world, and I had a picture in my head that we would get married someday. Activities kept my mind (and heart) occupied. I distracted myself with work, sports, and weekly coffee dates with my BFFs. Although it took a long time, I soon got over the sadness, and realized that there must be a good reason for the heartache. I was then at peace and happy. Single, but not lonely.

Just when I thought my life was sailing on calm waters, someone from my past came back. No, it wasn’t Richard. It was Ted, the guy whom I dated before Richard. We never had the chance to be officially together because he had to fly to Europe to take up his master’s degree. He was the guy whom I let go because I couldn’t let myself stand in the way of his dreams and the bright future ahead of him. The one who got away.

With Ted’s return, I asked myself if this was our chance to finish what we hadn't even even started. It took me awhile before I agreed to have dinner with him. Dating after being in a long-term relationship can be awkward, especially with an old flame. After our first date, I slowly loosened up, and we would hang out every now and then. Ted was very careful with his behavior because he knew that I was still in the process of repairing myself. He wasn’t in a rush for anything that would scare me away (a.k.a. commitment).

Being with Ted was bliss, and my friends started to notice the glow in my eyes. But when I started to fear that I was just rebounding, I would sometimes ignore his invitations. I was scared with what I was feeling. I wanted to be sure that it was nothing less than love...

After a year of spending time with Ted, I realized that I was ready. My emotional baggage with Richard was already non-existent, and I was willing to be with Ted with a full heart. I said to myself that if Ted would ask for exclusivity, I would gladly oblige, but fate had other plans. He got a call from a company in London, and the offer was too good to refuse. I was there when he got the phone call, and he looked at my eyes with confusion and despair. History had just repeated itself. I told him to accept the job and to not worry about me. He hugged me tight and kissed me. That was the first time we ever kissed, but I also knew that it would be the last. It was an apologetic, bittersweet, goodbye kiss.

Did I have thoughts of working in London to be with him? Yes, but I didn’t have a master’s degree attached to my resume. I was fully aware that I wouldn’t like the jobs I could land there; I am successful in my career here. I would just be miserable, and may blame him for my unfulfilling London career. Plus, I bet it would freak him out if a clingy, non-girlfriend insisted on moving with him to a foreign country. The distance would be a big a challenge since we weren't even in an official relationship yet! And making things official just because we'll be apart isn't really the best thing to do. We both knew that we had to build a solid foundation of 'us' if we wanted to jump into LDR. In this kind of situation, love and romance aren't enough. You have to be smart and open your eyes to reality. I knew it would never work, that maybe our story was meant to end this way.

How could one let go of the one that got away twice? Why would the Universe be this cruel? Did I not deserve love and happiness again? I was broken again, but this time, I had to hide the pain. I didn’t want any of our friends to tell Ted that I was broken. He needed to focus on his new job, and I didn’t want to worry him. I tried to act as normal as possible.

I was dying inside, thinking of all the "what might have beens." I miss him every day, but I couldn't mourn over our quasi-breakup. He was never mine to begin with, and I believed that I wasn't entitled to the feeling of loss. Social media even made it harder because I would see his artsy photos of London. I thought of hiding him from my newsfeed, but I just couldn’t. It was my way of loving him from a distance.

We still haven’t spoken, and if the day would come that he would talk to me, I promised myself that I would just answer with a polite one-liner. I can’t open the lines of communication again and allow my heart to be exposed and risk falling for him another time. A goodbye is a goodbye, and I know my heart can’t take a third one. I will simply forever cherish all the 365 days of my second chance with Ted, my almost love.