7 Signs He Wants to Kiss You

Don't we all wish that our first kiss would happen as seamlessly as it does in the movies?

While yes, it can happen organically when you least expect it, it takes a lot of guesswork and subtle (sometimes, not-so-subtle) cues from us men. Only once these are deciphered like some spy code can the lip locking start. Or as in most cases, fail to begin.

Since kissing is a mutual act, men often have to try and plant the idea to gauge whether you're ready for it, too. How exactly do guys go about this? Here are seven signs he's yearning to plant one on your lips.

Sign#1: He stares deeply in your eyes.
At the end of a date just before you get out of his car and you're still talking about how good the night was, he just listens, eyes focused on you. He secretly wants to lean in, but really he wants you to wonder what's he's thinking at that very moment.

Sign #2: When a guy starts testing the touch barrier

As dating progresses, a guy would test the waters whether he can show his affection more physically. It'll start with light touches on your arm and the classic akbay. If you're comfy, he might try and hold your hand, and even kiss it. He might try and rest his head on your shoulder, and if there's no awkward reaction, you know where he'll test the barrier next.

Sign# 3: He finds ways to lean in.
Men often resort to a few mind games to test whether you're ready to kiss. He'll find ways to lean in closer to you. Like leaning in to pull your seat belt (it's for your safety, by the way), or getting closer to your face to whisper something. It's testing your comfort level for when he eventually leans in for a kiss.

Sign#4: He offers you a stick of gum towards the end of your date.
This one is rather harmless, because it's just gum, right? But really, he's trying to make you think “let's freshen our breaths, we just might kiss later.”

Sign#5: When he asks you about the last time you kissed someone

A big part of dating, of course, is the conversation. When he asks you questions on how your first or last kiss happened, he's really just getting intel so he'll know how to go about kissing you. Sneaky!

Sign#6: He puts on his MOMOL playlist.
Every guy has a playlist of tracks that's meant to set the mood right. Mostly, it's a bunch of slow jam tracks that hint at a bit of intimacy. So when you start hearing tracks from artists like R.Kelly, Neo, John Mayer, and Jack Johnson, to name a few, on the car ride home, he's definitely thinking about kissing you.

Sign #7: He goes for the 90 percent.
As Will Smith described it in the film Hitch, (watch it here), men lean 90 percent in when going for the kiss and stay there, until women go for the 10 percent. It's not exactly subtle, but if you've been dating for a while and are really comfy with each other, it's that make or break situation that could lead to something nice, or that failure to launch moment. 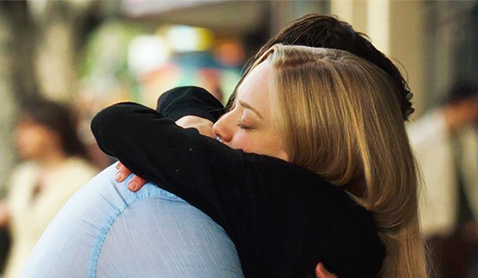 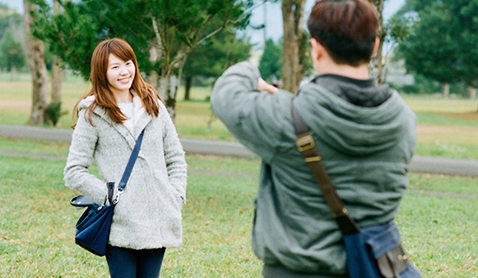