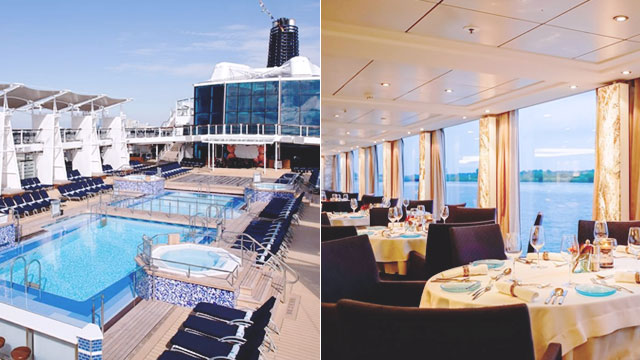 A luxury cruise is on everyone’s dream vacation list. Cruise prices might be steeper than your average flight, but for what they offer, it’s probably the better option for stressed-out career women who need a break. You’ll not only get to visit multiple cities and countries in one trip, you’ll have your own seafaring hotel, with international buffets, welcome drinks, live entertainment, and so much more, waiting for you wherever you port.

Here are just a handful of the best cruise lines out there:

The Disney Cruise Line is every kid and kid-at-heart’s fantasy, where you get to travel with your favorite Disney characters onboard! There are several activities on this cruise line to complete the experience, including performances from Disney musicals, deck parties, and meet and greet sessions with Disney characters. And yes, they have included the latest additions to the franchise—Star Wars and Marvel!

Rates: Two or three-day cruises from Central America to the US are priced at around$1,500, but their longer 11-day Transatlantic trips may go up to about $9,000.

If you’re looking for value for money, it seems like Marella Cruises is the one to beat. With an all-inclusive price, even including tips and service charges, you seldom have to worry about spending extra cash on this cruise. Additionally, Marella also falls under a travel group of companies, so they can actually take care of every step of your vacation—from flights to transfers and hotel stays to tours.

Locations: Marella sails to Southeast Asia, the Mediterranean, North Africa, the Middle East, the Baltics, major European and Central American destinations across the Atlantic, and Iceland and the Arctic regions.

Rates: Marella’s cruises begin at about $800 for their eight-night Mediterranean packages, while their all-inclusive three-week long Transatlantic cruises may cost about $3,500.

Viking River Cruises are highly recommended for first-timers on a cruise as their itineraries offer the best of the European continent. The cruise price itself also includes the tours at every port, meals, and a few drinks, allowing you to truly sit back and relax, with a hassle-free vacation.

Locations: The most popular Viking River Cruises are mainly in Europe, particularly northern Europe and the Mediterranean, but Viking also offers cruises in the Mekong River in peninsular Southeast Asia, and the Yangtze in China.

Rates: Cruises start at about $2,000 for an eight-day cruise. Their popular Rhine river cruise is priced at about $3,500.

Royal Caribbean Cruises have been praised for their entertainment value, and there should be no surprises there—many of the performers on their cruise are Filipino! RC Cruises also have been given the award for Best Suites by Cruise Critic.

Rates: Two-day cruises start at about $280, while their longer month-long Transpacific or Transatlantic cruises will go up to about $2,000.

Hailed as the Best New Ship of 2017 by Cruise Critic UK, the MCS Meraviglia not only looks impressive on the surface, but also takes home the award for giving the best cruise experience for families. The shore excursions are expertly planned so that there’s no rushing to get back onboard. MCS Cruises are also the first to bring the famed Cirque du Soleil to sea.

Locations: MCS Cruises go all around the world, including Northern Europe, Abu Dhabi and India, Asia, the Mediterranean, South America, South Africa, and the Caribbean.

Rates: MCS Cruises boast competitive rates with frequent two-for-one sales on their site. Eight-day Mediterranean cruises go for as low as $400, while two-week Northern European tours on their prime ship, the Meraviglia, will fetch as much as $1,600.

You’ll certainly feel like a celebrity onboard this cruise line. Marketed as one of the higher end premium cruise lines, Celebrity has been noted for their luxurious cabin design that might just convince you to stay onboard for your whole trip. Celebrity also offers a wide number of ports of call, including a couple of locations in the Philippines!

Rates: Short two-day cruises start at about $450, and their longer ocean crossing cruises average at about $6,000.

More From FemaleNetwork.com
Get the latest updates from Female Network
Subscribe to our Newsletter!
View More Articles About:
Cruises Luxury
Trending on Network