5 Things Every Woman Should Know about the PlayStation 4

The new Sony PlayStation 4 (PS4) has already hit the shelves in the US and Canada on November 15, so we wouldn't be surprised if your man has gone gaga over it the past couple of days. According to CNN, already a million units were sold within 24 hours the console went on sale.

While it’s true that gaming consoles like the PS4 might be deemed as man toys, we reckon members of the fairer sex want to know what the buzz is all about, too. Some might be planning to buy one for their guy or even for themselves--after all, gaming isn’t exclusively for men.

So, with this in mind, we came up with a list of things every woman should absolutely know about this gem of a gaming device. Check them out below!

1. It’s Internet-ready.
Internet connectivity allows users to buy and download games in a jiffy without having to visit their suki game shop. But this goes way beyond that; being able to connect to the Internet gives players the ability to also play online with/against their peers. Also, Sony has this little thing called the PlayStation Network (PSN), where members can access additional content for their games and participate in community features such as forums. If you don’t have an Internet connection though, don’t worry. The device will still work offline andworks perfectly fine the old school way (read: via game discs).

2. It has next-gen gaming capabilities.
Internet connectivity is just the tip of the iceberg; the PS4 has powerful hardware that translates into awesome gaming graphics. We’re not really big on numbers, but the figures are impressive: 8-core x86 CPU, 8GB of RAM, 500GB capacity, full HD 1080p gameplay. This means it’s as powerful as a really high-end desktop computer and is able to produce next-gen graphics that are more detailed and realistic. The PS4 is also compatible with home theatre audio systems, so you can have more life-like audio that complements the excellent visuals.

3. It’s not only for gaming.
The PS4 is built for gaming, but it’s not all about that. It enables you to watch HD videos, view photos, connect with your fellow gamer friends, and even view and download additional multimedia content. So, whenever you want to have some time with your boyfriend or husband, you don’t have to force him to ditch the device. Pop a DVD movie into the PS4, sit back, relax, and enjoy some alone time with your guy. Sounds geeky and romantic, no?

4. It's linked to the PlayStation Vita.
The PS4 has this nifty feature called the PS4 Link, which allows users to stream a PS4 game to their PlayStation Vita. That means you could play various PS4 games on your handheld device (for days when you just can't be bothered to set up your console). Cool, huh?

5. It comes with a $399 price tag.
There's still no official local SRP for the PS4. However, Sony has revealed the dollar-based pricing for the upcoming console: $399 for the base package. Converted to pesos, that’s about P17,200. However, we expect its price to exceed the P20,000 mark (maybe even as much as P25,000) once it arrives here, due to demand and the additional cost of bringing the device here.

ADVERTISEMENT - CONTINUE READING BELOW
0 Shares
Share Tweet Pin Post a Comment
Personal Loan Calculator
Use this calculator to know how much you'll be paying based on current interests of banks.*
Get the latest updates from Female Network
Subscribe to our Newsletter!
View More Articles About:
Gadgets Gaming Gaming Console Playstation 4 Technology Playstation Next-gen Consoles Playstation Network
Comments
Trending on Network 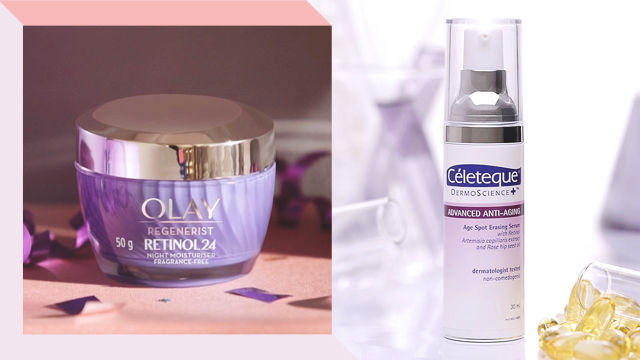 Travel
Track Down Deals with the BDO Deal Finder App!