by Esquire Philippines for Esquiremag.ph | Apr 5, 2018 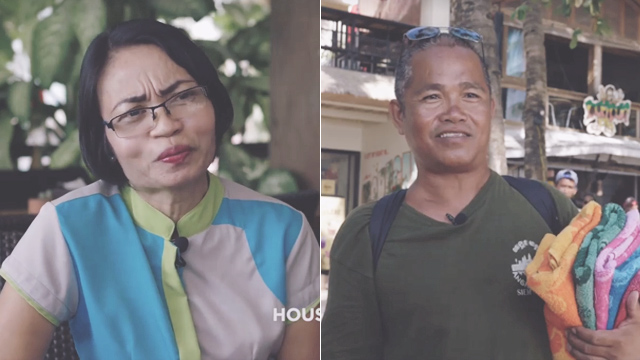 Lots of people seem to have an opinion on the government's plan to shut down Boracay. Some believe that a total shutdown is necessary to finally fix the problems that have plagued the country's leading tourist destination, problems that have arisen from years of overcrowding and rampant development. Others decry the lack of planning on the part of the national government, arguing for a more considered approach that will not kill the tourism industry on the island.

While there have been quiet protests in Boracay since the government's announcement, what's been missing are the voices from the people who know Boracay better than anybody else, and who have a bigger stake in keeping the island alive than anybody else: the Boracay locals themselves.

Enter this video, shot by videographer Jason Magbanua. The eight-and-a-half-minute video reminds us that "Boracay is also its people," and features interviews with a range of Boracay residents and business owners, who all make their points about the impending closure:

"The decision to do this was spurred early February when the news of the closure first broke out," says Magbanua. "I read on an acquaintance’s Facebook wall, 'Close it. Just close the damn island.' I felt unnerved by the post’s callousness and ignorance. I’ve made many friends who live in Boracay over the years and I felt that they had the weakest voice in this conversation. The loudest ones have LaBoracay as their only point of connection to the island."

Working with Pia Miraflores, a Boracay Foundation volunteer who helped him round up the interviewees, Magbanua shot and edited the video to help amplify the voices from the island. "Spending time there recently, the general feeling is that of dread," Magbanua says. "Dread of the closure, dread of uncertainty. Nobody knows what's going to happen because nobody's telling them!"

What's a better solution than total closure? "I'm with [the locals'] suggestions," Magbanua answers. "Close down the violators, rehab the island in phases, and enforce the laws in place."

Get the latest updates from Female Network
Subscribe to our Newsletter!
View More Articles About:
Jason Magbanua Photographer Government Boracay
Trending on Network