Here's What You Need to Know About Oil Pulling 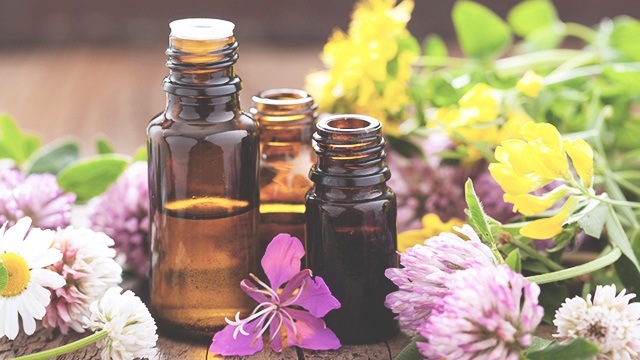 My momma is a health enthusiast as is the case with many moms who suddenly become aware of their err… youthfulness. Oil pulling was one her earlier experiments when she decided to jump into the wellness bandwagon. Have I tried it? Yes. Is it as gross as it sounds? Unfortunately, yes. You’ll just have to fight past that mental image.

So what exactly is oil pulling? The short answer is: it is the act of swishing around oil in your mouth in place of mouthwash. The most popularly used oil is extra virgin coconut (EVC), some users swear by sunflower oil, others go with sesame. I suppose its a matter of taste preference.

Gundusha or the practice of oil pulling began in India some thousands of years ago and was first brought to the US in the early '90s. From there, its following began to grow. It is said that with regular inclusion in your daily routine, oil pulling helps clean teeth and gums while providing overall oral healthcare. In layman’s terms, the bacteria you get rid off in your mouth has no chance of toxifying the rest of your body.

There is in truth still some debate on how effective this technique is when it comes to detoxifying the mouth. After consulting with my dentist, he said that while there is no sufficient research to back up the claims, there are none to discredit it either. Generally speaking there is no harm in trying oil pulling as a mouthwash alternative.

From personal experience, the few times I’ve done it (Shhhh don’t tell my mom, she thinks I do it daily) my gums which are predisposed to inflammation are now much healthier. My teeth are whiter and the dentist is often surprised that there is barely any plaque buildup even though I only visit him once a year.

So if you are eager to give this a shot, all it takes is to pick your oil. Take 1-2 teaspoons of oil--I went with organic coconut oil when I tried it out--and put it in your mouth. Here’s the hard part: swish for a good 20 minutes. The reason you need to swish this long is because it takes that amount of time for the oils to break through the plaque buildup on your teeth.

As you swirl the liquid in your mouth don't be alarmed as it will get frothier, milkier, and thicker. Resist the urge to gag. It will also double in volume because of the addition of your own saliva. Many first timers can’t make it past the 5 or 10 minute mark. Don’t stress, this is normal. You’ll make it to 20 minutes over time.

Refrain from swallowing since you can assume that at this point all the toxins and bacteria are swimming in the oil. Spit all that liquid in your mouth into the trashcan. Never spit into your sink because the oil will clog up your pipes. Yikes!

Rinse well with warm water and then you may proceed with brushing your hopefully bacteria-free teeth.

More From FemaleNetwork.com
Get the latest updates from Female Network
Subscribe to our Newsletter!
View More Articles About:
Detoxification Oils
Trending on Network