From setting up disinfection tents to launching a "mobile palengke."
by Patricia Melliza | Mar 29, 2020

Pasig City Mayor Vico Sotto has been making rounds on social media—and for stellar reasons. His numerous proactive measures amid the coronavirus pandemic (COVID-19) were praised by Pasig City residents—and even people from other cities.

In case you're wondering, the young politician is only eight months into his first term as mayor. He officially assumed his post last June 2019. It was a historic win for the youngest mayor in Metro Manila because for over two decades, Pasig City was under the rule of the Eusebio family.

Before becoming a "millennial mayor," the son of showbiz veterans Vic Sotto and Coney Reyes worked behind the scenes as a city councilor in Pasig City. Despite having only three years of experience in politics, many Pasigeños believed in the young mayor's brand of governance—and he clearly didn't let them down during this time of crisis.

Here, we look back on all the great things Vico Sotto has done as Pasig City Mayor (so far) amid the COVID-19:

1. Before the lockdown, 45 public schools in Pasig City were routinely disinfected.

As more and more cases of COVID-19 in the country were confirmed, many Paisgenos felt a bit safer when the local government quickly disinfected public places in the city.

“The City Hall, annexes, the Mega Market, other key areas are being disinfected EVERYDAY,” Vico announced on his Facebook page.

2. 500 disinfecting kits were distributed to the city’s 30 barangays.

The local government has also installed sanitation tents outside its city hall and two public hospitals!

3. Pasig City has deployed disinfection drones to help curb the spread of COVID-19.

Each drone, which can carry up 10 liters disinfecting solution, is being used to help disinfect streets, especially areas with prevalent COVID-19 cases. "Our target is to disinfect every street, big or small, in Pasig City as well as wherever there’s a request for disinfecting," Vico told ANC's Dateline Philippines. "All public spaces. The roads, especially the inner roads, we try to go as much as we can and as often as we can."

4. The young mayor has launched a "mobile palengke."

Mayor Vico had an innovative idea to encourage residents to stay home amid the lockdown. Instead of heading to the market, Pasigeños can directly buy fresh produce from the "Mobile Palengke," a roving cargo truck that sells bigas, vegetables, and meat every morning. According to the mayor, this could help "reduce the [number] of people in Pasig Mega Market and talipala." At the same time, it's able to sustain the income of market vendors since all the goods that are being sold on the roving truck are from the Pasig Mega Market.

As of writing, there are currently five mobile markets roaming around the city!

5. Amid the Luzon-wide quarantine—where mass public transportation is banned—the city chief provided Earth-friendly shuttles to help frontliners get to work.

6. A total of 400,000 food packs containing canned goods and bigas were distributed to poverty-stricken communities in Pasig City.

7. Mayor Vico has rolled out a P55-million financial assistance program for drivers of jeepney, tricycles, and UV Express vans whose sources of income are affected by the enhanced community quarantine.

According to the city chief, each public utility vehicle (PUV) driver will receive P3,000 from the local government. 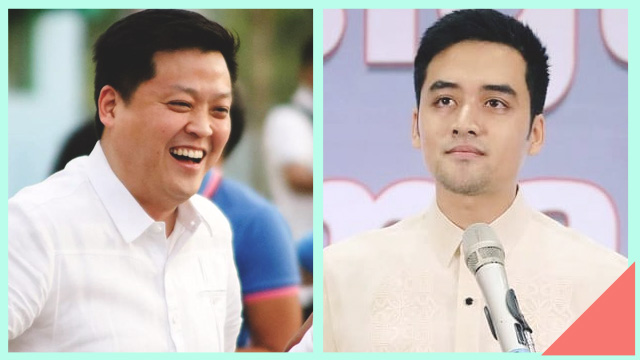