1 Million Plastic Bags Are Used Every Minute, And That Has to Change

Humans have produced more plastic in the last 10 years than the last century.
by Paolo Chua for TownandCountry.ph | Jun 9, 2018 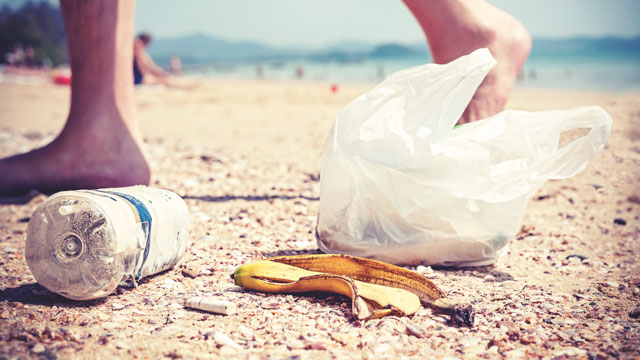 Plastic pollution is at an all-time high. The world is swamped with so much harmful plastic waste that microplastics in our seas have outnumbered the stars in the galaxy.

From how much we use and the time it takes to degrade to how it affects life on earth, here is a look at the numbers that surround plastic pollution.

In one minute, a million plastic bags are used. The number totals to a whopping 500 billion annually.

One in three fish contain traces of plastic. Worse, some of these fish end up on our dinner table.

Almost 50 percent of plastic that's used around the world is used only once and then thrown away.

About 70 percent of marine litter has been determined to be non-degradable plastic.

In 2011, a whale was found dead off of Mykonos. When the animal was dissected, scientists found over 100 plastic bags and other debris inside its stomach. Most recently, a whale was determined to have swallowed 80 pieces of plastic bags before dying. The number of whales dying from plastic ingestion is unclear, but it's evident that the occurrences are becoming more frequent.

The estimated number of plastic particles Americans could be ingesting every year from eating salt. 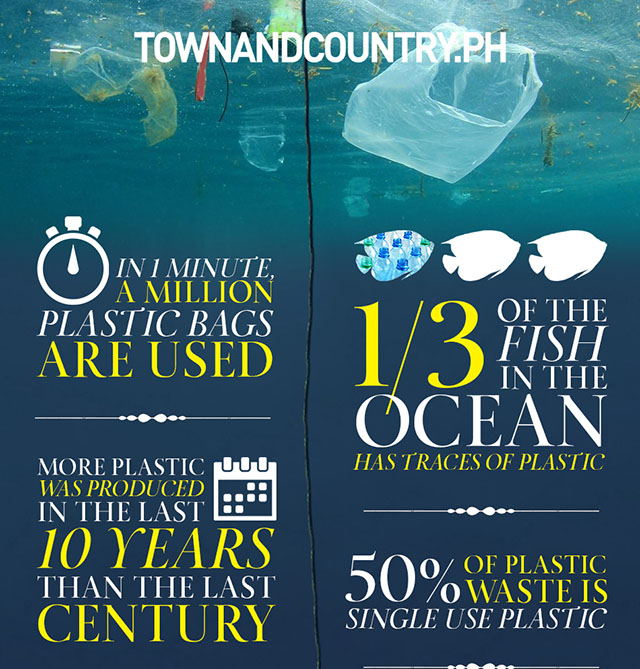 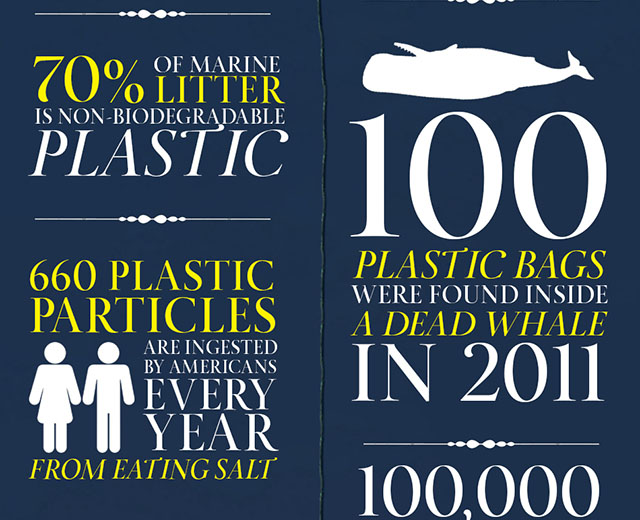 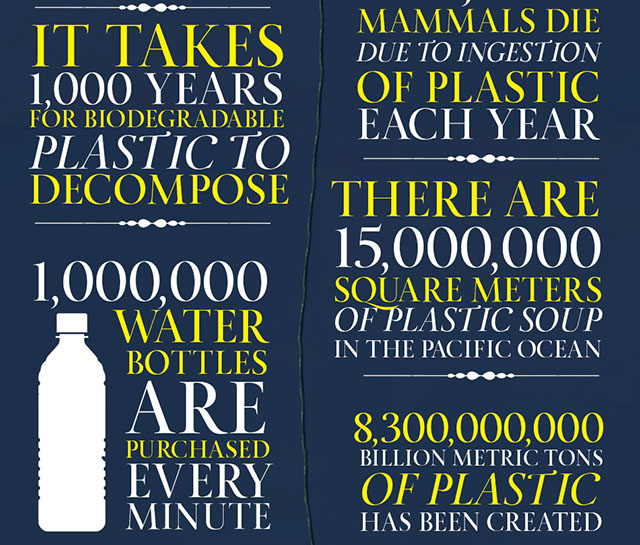 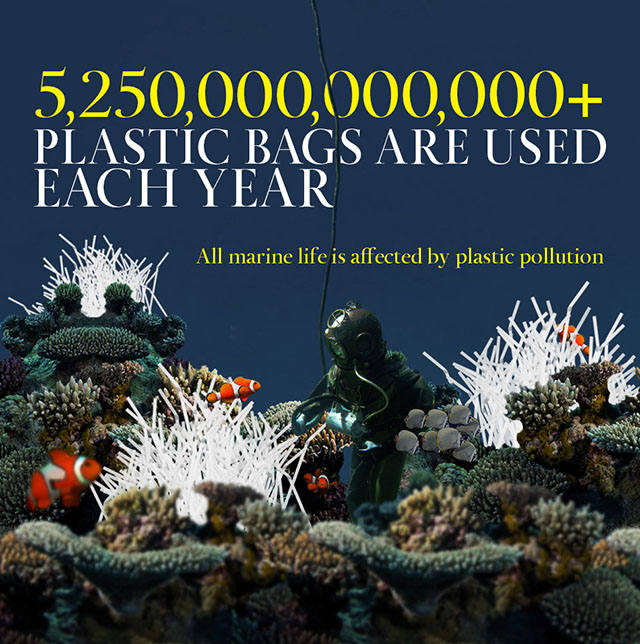 Many experts suggest the use of biodegradable plastic, but it can still take over 1,000 years for most to completely degrade.

Each year, 100,000 mammals die due to ingestion of non-degradable plastic and exposure to plastic debris.

The number of water bottles that are purchased every minute. This is expected to increase 21 percent by 2021 if the habit continues.

There's 15 million square meters of 'plastic soup' in the Pacific Ocean, almost the size of Russia. Plastic soup is made of floating plastic debris that joins together to create patches in the ocean.

...and counting. Humans produce and use over 5.25 trillion plastic bags each year. More often than not, these are just thrown out and end up in the worldâs oceans. Less than oneÂpercent are properly recycled.

All marine life is affected by plastic pollution: Forty-four percent of seabird species, 22 percent of dolphin and whale species, and 100 percent of sea turtles. Even corals have taken a liking to the synthetic materials. A study made last year presents that corals find plastics particularly tasty.

Get the latest updates from Female Network
Subscribe to our Newsletter!
View More Articles About:
Plastic Zero-waste Environmental Awareness
Trending on Network 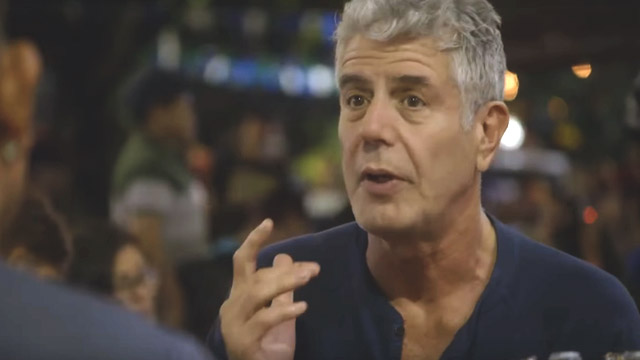 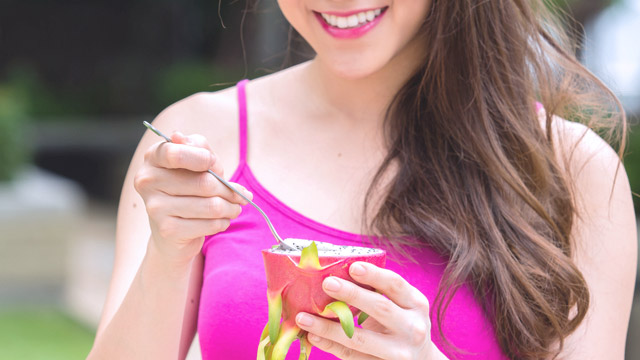