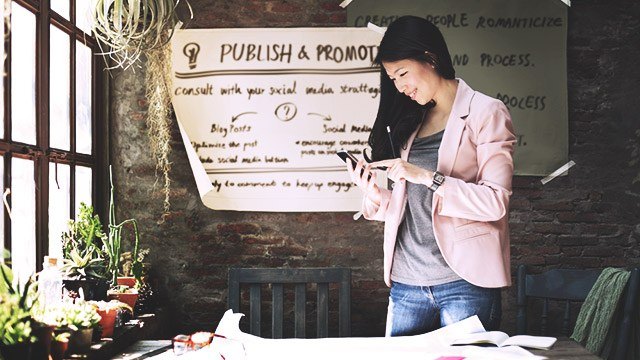 This is a great time to be a woman. Your voice is heard now more than ever, and despite having a long way to go in fighting against centuries-old misogyny, women have moved forward in leaps and bounds to become leaders, movers, and shakers that continue to shape the world.

In fact, details revealed by J. Walter Thompson’s “FilipinaNext: A study on Filipinas and where they are headed next” show that 96% of Filipinas “believe that femininity is not a weakness.” Interestingly, the only thing that seems to be keeping them from success is themselves, with 48% seeing “themselves as their worst enemy” and 35% feeling “that they are held back by their insecurities.”

One of the best ways to take advantage of being a woman is by being an inspiration to other women who feel that they are not enough. Here are a few ways on how you can be the best for others.

Whatever industry you’re in, strive to be the leader that you were born to be. 94% of Filipinas are looking for women to step up as role models for younger women needing to be empowered.

2. Respect other women’s decision about their bodies and their lives

Do away with prying questions such as “Bakit wala ka pang asawa?” or “Kailan ka magkakaanak?” More and more women now opt to delay getting tied down, with 54% of Filipinas surveyed by JWT opting to focus on their careers – and you know what? It’s a very valid decision that won’t make you any less of a woman.

Be that woman who inspires other women to take that leap of faith, whether it be in their professional and personal lives. According to JWT, 41% of their respondents have had female role models motivate them to “take risks in their life that they otherwise would not have taken.” Believe in the change you can cause.

Use social media for social good, as “85% of Filipinas believe technology empowers them and 89% believe it has given them a voice.” Instead of being an online “mema,” join and contribute to the discussion. A lot of women are listening.

While “72% of Filipinas agree that they don’t really rely on others,” it’s still important to let your presence be felt in the lives of those who need and believe in you. Know that you are of great value to so many around you, and that you can make a big, positive impact wherever you choose to be.

ADVERTISEMENT - CONTINUE READING BELOW
More From FemaleNetwork.com
Get the latest updates from Female Network
Subscribe to our Newsletter!
View More Articles About:
Women's Day Women's Month
Trending on Network