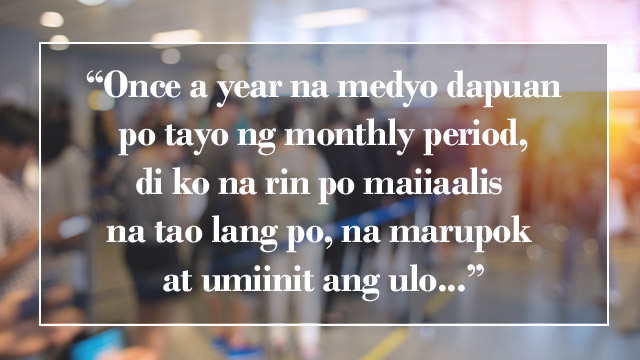 You’ve probably already seen that viral video of ACTS-OFW Representative John Bertiz allegedly refusing to follow security protocols and confronting an airport officer, even going so far as confiscating the latter’s ID. In case you didn’t, here’s a video of it:

He initially claimed that he was only berating the security screener for letting “Chinese-looking passengers” go through security with their shoes on, but the Manila International Airport Authority Chief Ed Moreal even said in a press conference that there were no Chinese-looking individuals found in the CCTV footage prior to the incident.

And that’s probably one of the oddest, most sexist apologies ever given to date.

For one thing, men (obviously) don’t get monthly periods. They do not deal with five to seven days of bloody napkins and tampons, and therefore they don’t get to use the “I’m on my period” card simply because they have no experience to back the statement up with.

And here’s the thing: women do not even use that card to excuse bad behavior because rudeness is just rudeness. While it's true that wild hormonal fluctuations make some women feel weird during that time of the month, these don't dictate our actions and most know not to lash out at someone because being respectful to others is just the right and basic thing to do.

Aside from being totally backwards, comparing irrational behavior to naturally occurring hormonal spikes just means that you’re not being accountable for your actions. Because that’s what Rep. Bertiz seemed to imply—It’s not me. It’s the hormones. Good grief!

It’s absurd and unbecoming of a government official, and both women and men know it:

The moral of the story is be kind, and if you can’t be kind, be accountable for your actions. Don’t blame something else for your bad attitude. And most of all, don't be sexist.

The views, thoughts and opinions expressed in articles, comments and other posts on this page belong solely to the author thereof, and do not necessarily represent the views of Female Network. 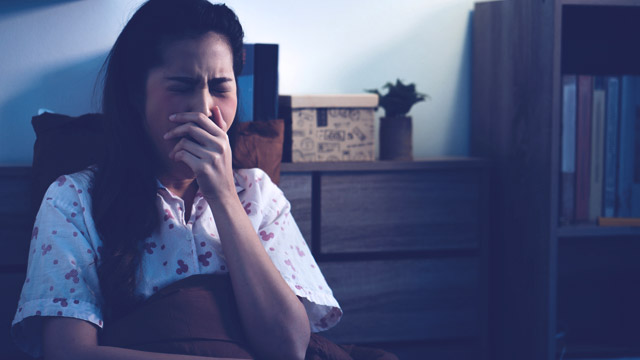 Features
This Is Why You Can't Sleep At Night, According To An Ophthalmologist 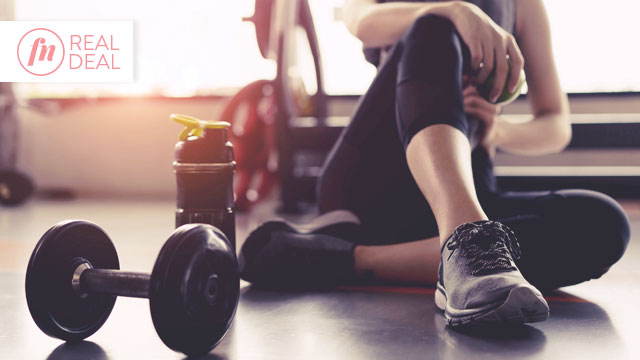