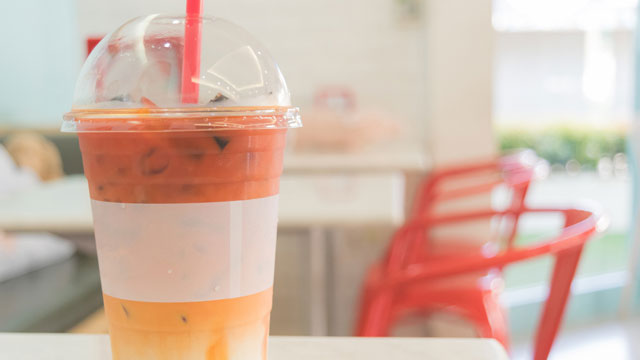 Though Taiwanese milk tea is still taking Manila by storm, we won’t be surprised if Thai milk tea becomes the next big hit. Known for its distinct, bright-orange hue, Thai milk tea usually has a blend of Ceylon or Assam tea, condensed milk, and sometimes star anise, tamarind seeds, and orange blossom water to give it spiced notes. But, Thai tea isn’t just this orange-colored drink; here are places in Manila where you can get the Thai milk tea you’re familiar with, and more.

Despite having only opened in 2017, Cha Tuk Chak has become top-of-mind when it comes to satisfying those Thai milk-tea cravings. The Cha Yen (P110/regular, P125/large), their signature blend, is creamy, sweet, and slightly spiced with condensed milk and their signature tea mix. They also have other flavors that aren’t your usual like Nom Yen (P120/regular, P135/large) or strawberry-flavored Thai milk tea and Thai Emerald (P115/regular, P130/large) or Thai green tea infused with lemon.

The idea for Oh My Tea came from a friend of owner Ryan Honoras who also owns a milk-tea shop in Thailand—they also got their recipes and tea leaves from this same Thailand-based friend which assures you that they know what they’re doing. Matcha lovers might find a new favorite in the Thai Matcha (P95), which has a mellow but still-present earthy flavor from Thai green tea while the Thai Red Tea (P95) has that creamy sweetness you look for in Thai milk tea.

When you’re chowing down on Same Same’s incredibly flavorful pad thai and Thai skewers, you need something extra refreshing to wash them all down. Lucky for you, this hole-in-the-wall in Kapitolyo also offers delightful Cha Yen or Thai tea-based drinks. There are three variants you can choose from: The classic, sweet-creamy Iced Milk Tea (P70/12 oz, P90/16 oz), Iced Milk Green Tea (P70/12 oz, P90/16 oz) for those who look for that mellow earthy flavor, and Lime Iced Tea (P50/12 oz, P70/16 oz), with a refreshing citrusy finish that pairs well with Thai food’s intense spices.

This gritty-in-a-cool-way Thai eatery has become a Poblacion institution—whether you’re looking for grub to pre-game with or palate-clearing heat to tame an incoming hangover, Crying Tiger’s Thai street food is your best bet. As you chow down on their Pad Thai Woon Sen or Pad See Ew, be sure to have their Thai Iced Tea (P100) on hand—just like their dishes, this drink will transport you to the streets of Bangkok.

Not many people know that this coffee shop actually offers Thai food, which means, aside from the usual coffee blends like Americano, Caramel Macchiato, and Cappuccino, you can also order their Cha Tai Yen (P120) or signature iced Thai milk tea. You can also have it topped with whipped cream as the Cha Tai Yen Frappe (P140) or topped with whipped cream and red bean with the Red Bean Cha Tai Yen Frappe (P160). Pair your drink with their pad thai, tom yum or any of their Thai curries.

This stall at SM Mall of Asia offers a pretty varied selection of Thai tea, so you can enjoy a refreshing drink suited to whatever it is you’re craving—plus, they use tea leaves imported from Thailand so you know you’re getting the real deal. If you want a refreshing kick, have the Ice Mint Milk Tea (P90), while the Ice Berry Tea (P95) will satisfy those with a sweet tooth. They also offer desserts to go with your drink like brownies and cheesecakes.

Jelly-G Thai Milk Tea has been in Manila since 2010, making them one of the OGs when it comes to Thai tea. They Thai tea as their base for a huge variety of drink options from milk tea to fruit teas and drinks infused with mint. If you’re feeling adventurous, try their Cheese drinks, which comes topped with cream cheese and grated cheese for extra richness and a kick of salty flavor, too. If tea isn’t your thing, they also carry tamarind juice-based drinks.

Brunch favorite Wildflour isn’t exactly the first place you think of when you’re looking for Thai Milk Tea but their Thai Tea Latte (P180) is warm, wonderfully spiced, and incredibly soothing. We imagine it pairs well with any of their warm desserts—maybe a slice of Young Coconut Pie?

Though best known for their Taiwanese-style milk tea, Chatime also brings back specials every now and then, like their Thai Milk Tea series. There are two variant available: The classic Thai Milk Tea with black tea, condensed milk, and pearls, and the Honey Thai Milk Tea, with subtle caramel-like notes.

Muang Thai is practically an institution—they’ve been around for over 20 years! Two decades in the restaurant biz is no easy feat, and it’s all thanks to their excellent renditions of Thai staples, which you can now find in their new spruced-up location in Teachers Village. We can’t think of anything else better you can have to temper the spices of Thai Fried Chicken Skin or Satay Gai than their refreshing Thai Milk Tea (P115). If you’re looking for something extra creamy, have the Thai Horchata (P70).

Get the latest updates from Female Network
Subscribe to our Newsletter!
View More Articles About:
Milk Tea Metro Manila
Trending on Network 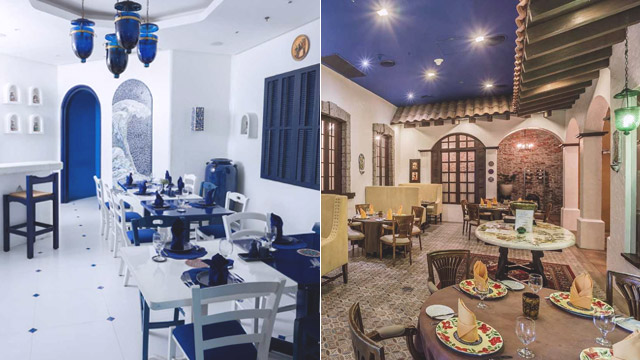 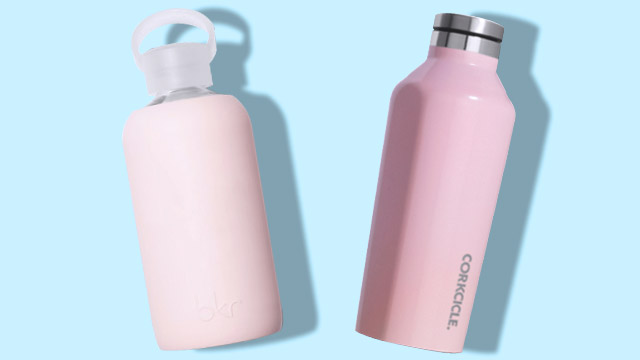