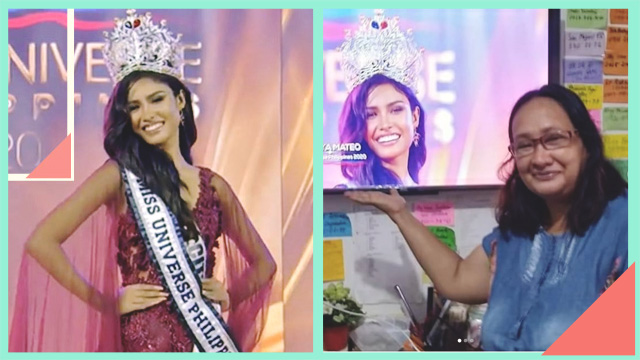 During a livestream of Ashtie Nights on pageant mentor and fashion designer Bessie Besana's Youtube Channel, Rabiya Mateo, this year's Miss Universe Philippines, shared the touching story behind that photo of her mom (who is currently in the province) in front of a television:

We made it, Mama and Lola! These two are the strongest women that I know. Both were single mothers but were able raise their children full of dreams and aspiration in life. To my Lola Sol in heaven, your favorite apo is now Miss Universe Philippines. I love you so so so much. I wish you were still here witnessing our victory.???? (Will be posting a thank you message later) #MissUniversePhilippines2020 #aribarabiya #halabirabiya

Rabiya explained why her mom wasn't with her in the city: "As much as I want my mom to be here with me, experiencing my success, hindi talaga puwede kasi yung mama ko medyo old na rin siya. And dito sa Manila mataas na rin yung case ng COVID-19, so I cannot risk that."

In previous interviews, Rabiya talked about how her family struggled financially while she was growing up and how she was raised by a single mom. The Ashtie Nights hosts recalled that during Rabiya's first guesting on their show, she said that if her life was going to be a Maalala Mo Kaya episode, it would be called "TV." When Rabiya was a child, they didn't have a television growing up and when she got her first salary, she immediately went to an appliance center to look at TV sets!

Rabiya added: "Noong nananalo kasi ako, hindi ako agad makapag-message kay mama, because with all the controversies and intrigues, hindi ko alam kung paano 'yon sasabihin sa kanya." She kept apologizing during the livestream for being emotional. The show's hosts assured her: "Yung mga intrigues after the crown, right now they're inconsequential kasi I think the people now see why you won. And no one can question that moving forward."

When she won Miss Universe Philippines, aside from receiving the Filipina crown, ABS-CBN reports that Rabiya also won a brand-new car, a cash prize, and an apartment. 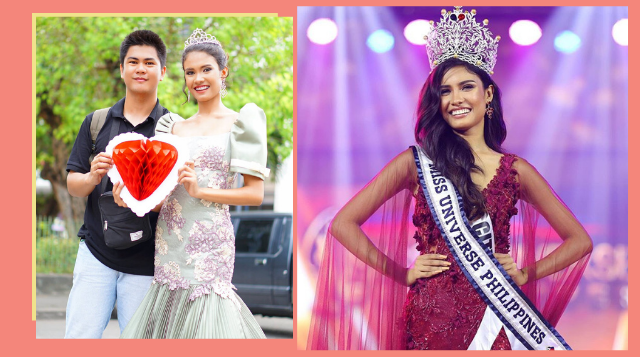 Entertainment
Here's Everything You Need to Know About Rabiya Mateo's Boyfriend 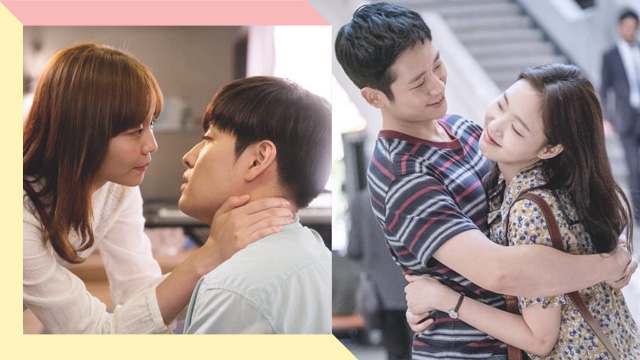