Short and Sweet Moments of the Miss Universe 2018 Competition 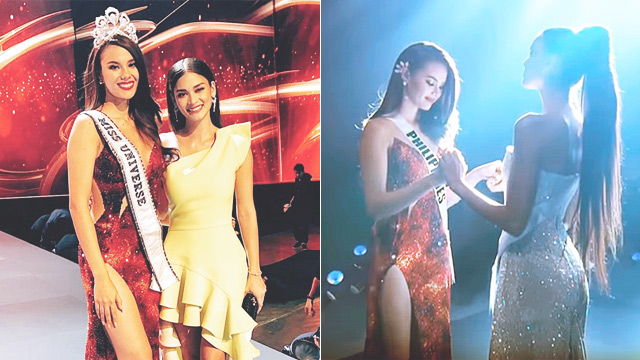 [This is a developing story.] Miss Universe 2018 has officially wrapped up, and the Philippines now has its fourth queen. Catriona Gray succeeds Miss Universe 2017 Demi-Leigh Nel Peters, and officially joins the ranks of Gloria Diaz (1969), Margie Moran (1973), and Pia Wurtzbach (2015).

Here's Catriona's winning moment in case you want to watch it over and over again (cause we did!):

Not quite over the hype just yet? We've got you covered. Here are short and sweet moments we loved in this year's Miss Universe competition, held at the IMPACT Arena, Muang Thong Thani, Bangkok, Thailand:

The return of the famous custom-made Tessera Jewelry ear cuff.

Catriona debut her ear cuff during the Binibining Pilipinas competition, and it makes a come back on the world stage.

This is the first ever Miss Universe to include a transgender candidate, ever since the rules were amended back in 2012. Despite not being a finalist (she was eliminated before the Top 20), she was honored during the coronation night, and the crowd gave her a standing ovation!

"Identity is with us since we're born," says Angela.

We're just happy he read the right name this time!

Host Ashley Graham including Catriona Gray in her prediction for the top 3!

She was the only host to do so.

They even had a quick chat a moment before the evening gown competition. "I feel my country right behind me!" said Catriona after Ashley asked her about how she felt about the night.

These women are definitely "Miss Independent" on their own terms. How much did you love her Mak Tumang evening gown?

The winning answer of Catriona Gray

Getting into the final three, Catriona's answer focused on her personal advocacy of helping provide for the needs of children in underpriviledged communities, going on to say that if given the crown, she would champion positivity.

"I work a lot in the slums of Tondo, Manila and the life there is very... it's poor and it's very sad. I've always taught myself to look for the beauty in it, to look in the beauty of the faces of the children and to be grateful.

"And I would bring this aspect as a Miss Universe to see situations with a silver lining, and to assess where I could give something, where I could provide something as a spokesperson. And this, I think, if I could teach also people to be grateful, we could have an amazing world where negativity could not grow and foster, and children will have a smile on their faces."

Miss Universe 2017 Demi-Leigh Nel-Peters passing on the crown to the new Queen!

During her final interview with Steve Harvey, moments before she ended her reign, Demi-Leigh said that she will be continuing fighting for her advocacies in her home country, South Africa. "No woman deserves to be a victim of violence or crime," she said.

The candidates congratulating Catriona after she was crowned.

A good reminder to always be gracious!

On Instagram, Pia wrote "You started strong and captured our hearts with your grace, commitment and fearlessnes! And that walk...how could anyone forget that walk?"

Pia sharing a relaxed moment with other beauty queens

Rachel even shared that that her trip was entirely spontaneous! "Booked a flight from Phuket at 9 p.m. and flew to BKK at 11:30 p.m.," she wrote.

Catriona on Hearing Her Name Being Called: "I can’t even wrap my mind around it.

Here are 5 Videos of Catriona Gray Singing Your Favorite Tunes 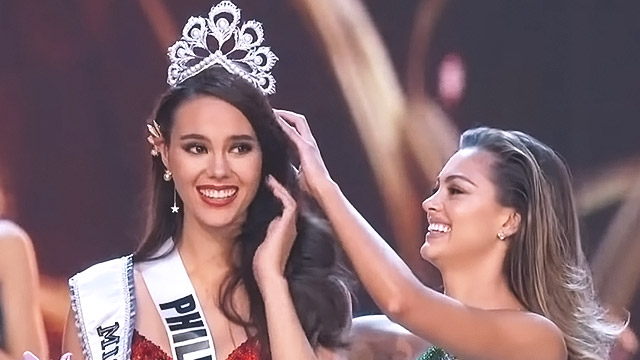 Entertainment
Catriona on Hearing Her Name Being Called: "I can't even wrap my mind around it." 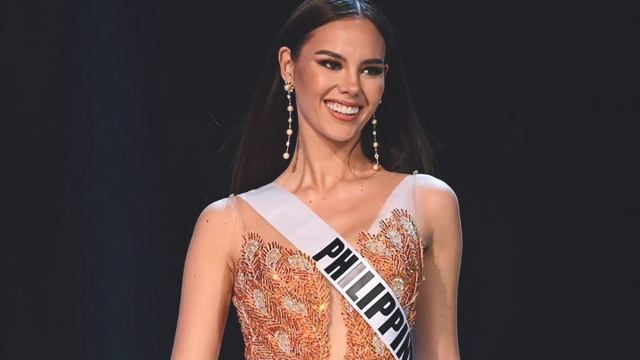