"I'm finally telling my side of the story-how I bounced back from the darkest chapter of my life."
by Cass Lazaro for Cosmo.ph | Oct 18, 2022

Maricar Reyes is baring it all. In her self-titled book which debuted recently, she candidly spoke about her life experiences, including her mental health struggles following her controversial sex tape scandal in 2009. “It took a long time from 2009 to the start of when that thing happened to me publicly, until 2022. It took 12 years for me to write this book. So sobra siyang meaningful sa akin and it took a long time to heal and process,” she revealed.

“If you guys are going through something na mabigat or something na mahirap and you don’t know how to solve it, there’s really a process. And don’t be too hard on yourself if you feel like ang tagal. Kasi ako nga 12 years bago ako naging okay enough to really talk about it,” she told her followers.

In a separate Instagram post, she promoted her book: “My solo book is finally out. 2009—the year when a crisis changed my life. 13 years have passed and I've chosen not to talk about it...until now. Today, I'm finally telling my side of the story — how I bounced back from the darkest chapter of my life. Be one of the first to know about my journey towards overcoming online shame.

“I hope my story will help or inspire you to find a way out of your dark situation, whatever that may be. Remember, you are not alone and there is always a way out. Laging may solusyon.”

The 41-year-old actress also shared that she still gets negative comments until now, but she doesn’t let others’ words affect her disposition anymore. “There are still people who are disrespectful in their comments. It took me 12 years to get to a point where I’m stable enough to talk about it and have a heart to help people. So kung meron kang pinagdadaanan na mabigat, it will take time. Parang i-mindset mo na ang sarili mo na it’s a marathon, it’s not a sprint.

“Kasi ang dami ngayon na parang quick sprint is the key, parang a lot of people want things to be fixed right away. And there are things that are fixed right away. Pero yung mga malalalim na bagay, especially in our own hearts if there are things that need to be fixed, yun ang mabigat at matagal. So don’t be too hard on yourself and be patient with the process,” she concluded. 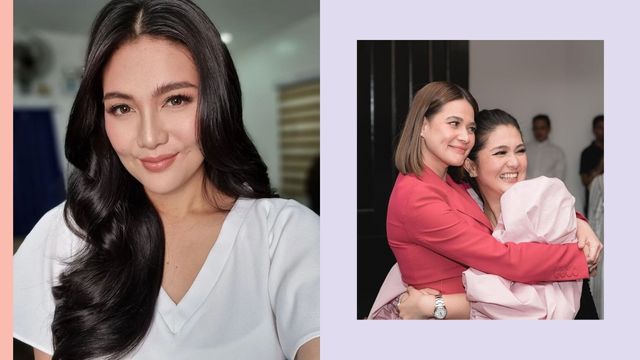