In case you didn't know, Boy Abunda released a new video with LJ Reyes, months after their emotional interview where she talked about her separation from Paolo Contis. LJ is now based in New York with her two kids, Aki and Summer, and she says they have an incredible support system there.

However, LJ admitted that there are still difficult moments for her and she's taking things one day at a time. When asked if Paolo has reached out to her, LJ said: "No, Tito Boy."

LJ says she's working on forgiving Paolo for the sake of her children. "It's a work in progress. Pinagdadasal ko na mapatawad ko siya. Because I know that if I don't forgive him, this very dark emotion will just eat me up. And I won't be able to move on with my kids, move forward with my kids, nang maayos. Yung walang galit. Siyempre may pain, hindi mawawala 'yon."

"Pero for me to make at least decent decisions, or decisions that will benefit my kids, I really have to set aside all those negative emotions, which is very difficult Tito Boy. Every day I always pray na sana 'pag gumawa ako ng desisyon it will always be based on God's will, kung ano yung makabubuti sa mga anak ko. I really do believe that I really have to forgive, not forget. Not forget, but forgive." 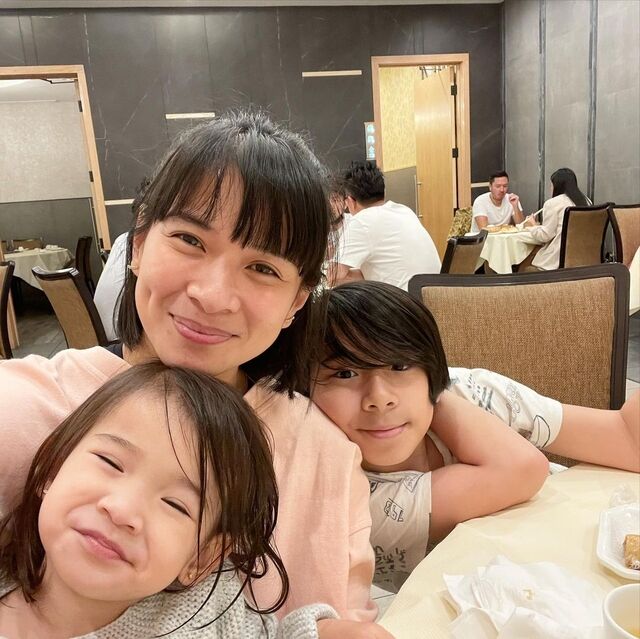 Regarding Paolo's statement where he admitted to being unfaithful to LJ during their six-year relationship and took full responsibility for the breakup, LJ says she did her best not to pay a lot of attention to it, as well as to all the things people were saying about them. And as to her reaction when people said she was still protecting Paolo during her previous interview with Tito Boy, LJ said: "Ang pinroteksyonan ko Tito Boy are my kids."

During the interview, LJ also revealed that her ex Paulo Avelino, 11-year-old Aki's dad, has reached out to her. "We're not friends friends na parang everyday nag-uusap, but he's been there for Aki naman. He's been in touch, especially...siya yung nag-message sa akin. Siya ang nag-send sa akin ng message. Nagsabi lang siya na, parang, 'I know you're going through a very difficult time.' At siyempre, ang iniisip niya rin is si Aki, and if anything daw that I need when it comes to Aki, I can always tell him."

LJ Reyes on going to Baguio with someone as a friend

At the very end of the interview, to lighten the mood, Tito Boy asked if she would ever go to Baguio with someone "as friends" sometime in the future.

"Going to Baguio as friends" has become a meme of sorts after Paolo Contis said Yen Santos is not the third party in his breakup with LJ and claimed that Yen only went to Baguio to accompany him "as a friend."

Tito Boy joked that maybe LJ could go to Baguio with Aki as well as with Paulo Avelino "as friends," and LJ laughed and reiterated the "friends" part. Watch Tito Boy and LJ's full interview here: