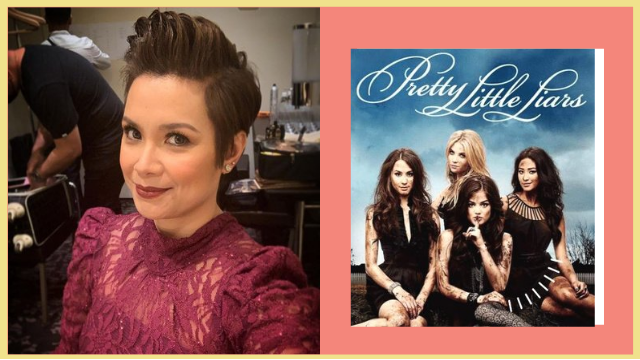 Lea Salonga has been cast as a series regular in the reboot of the drama series Pretty Little Liars. She will play a character named Elodie, the mother of Minnie, played by Malia Pyles.

Also cast in the Pretty Little Liars: Original Sin is Sharon Leal, a Filipino-American actress who appeared in the movie Dreamgirls. She will play Sidney, the mom of Tabby, who is played by Chandler Kinney.

The news was reported by Deadline.

The original Pretty Little Liars first aired from 2010 to 2017 on the basic cable channel Freeform before moving to ABC Family. It centered around a group of best friends whose leader disappears. Afterwards, each of the girls start receiving messages from someone named "A." The series has since been spun off into two other spin-offs: Ravenswood, and Pretty Little Liars: The Perfectionists.

The reboot will air on HBO's streaming service HBO Max.

Salonga is best-known as a Tony and Laurence Olivier-winning musical theater actress. She had previously appeared in the 2019 musical drama film Yellow Rose.

The casting announcement follows two other Hollywood castings of Filipino talents in recent weeks. In August, Lovi Poe was cast in the film The Chelsea Cowboy opposite Alex Pettyfer and Poppy Delevingne, while Inigo Pascual is part of the TV series Monarch along with Oscar winner Susan Sarandon.

Get the latest updates from Female Network
Subscribe to our Newsletter!
View More Articles About:
Lea Salonga Syn-00292
Trending on Network