Jake Cuenca on His Viral "Crying" Selfie: "I allowed myself to go through the pain"

In April this year, Jake Cuenca made headlines when he posted a "crying" selfie following his breakup with Kylie Verzosa. The photo quickly went viral on social media, which garnered mixed reactions from netizens. 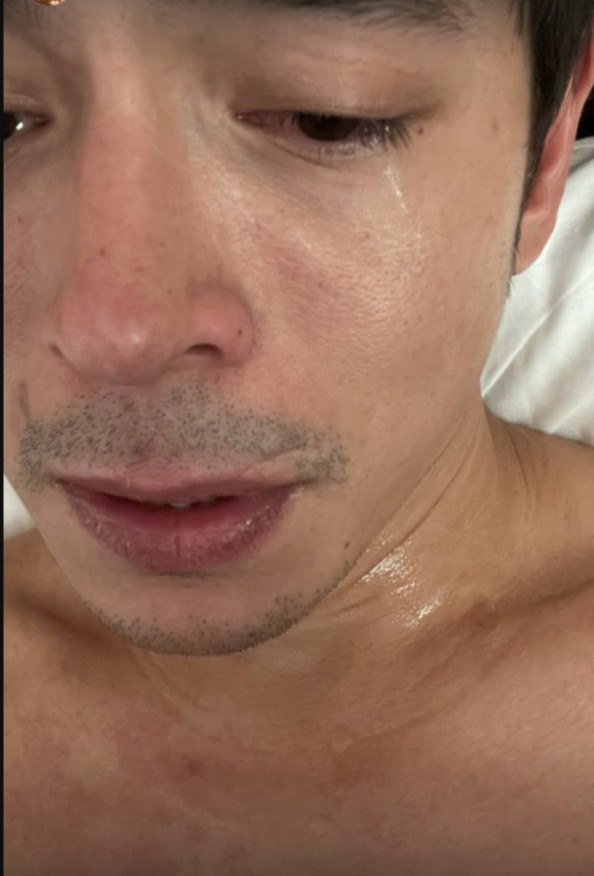 When asked about the reason behind his tearful photo during his interview with Boy Abunda, the actor admits that it was "an accumulation of a lot of things" that happened to him during the pandemic.

"In a weird way, it was a reset for me. Then, I told myself that I wanted this year to be a re-introduction of what I can do as an actor,” he says. "I didn’t shy away from what I was going through. I didn’t really build a wall, I allowed myself to go through the pain."

While he didn't mention the Miss International titleholder during the interview, Jake reveals that he doesn't regret anything about their relationship. He says, "When it comes to love, you can’t really regret things. When it was there, it made me very happy. Now that it’s not there, I can’t hate it or I can’t get mad at it. I can only just look back at it with joy but it also makes me sad since it’s not there anymore."