Eagle-eyed netizens noticed that she has no romantic post dedicated to her husband this year.
by The Cosmo.ph Team | Oct 11, 2022 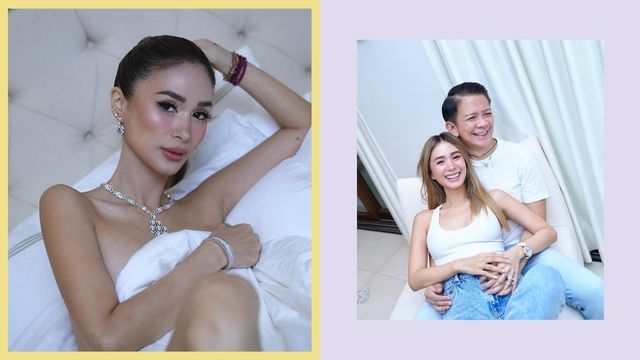 Power couple Chiz Escudero and Heart Evangelista made headlines once again and further stirred rumors about their alleged separation after the fashion influencer seemingly snubbed her husband’s birthday yesterday, October 10.

Heart, who normally pens the sweetest birthday greetings for Chiz, reportedly avoided posting a tribute on the senator’s special day this year. Instead, she stuck to her usual brand-related postings.

Talks of alleged marital problems between the two circulated after Heart dropped “Escudero” from her Instagram name, fueled by a revelation that she’s “going through personal struggles” in her vlog.

Both have kept mum about the issue as of writing. Just recently, though, Heart’s mom Cecilia Ongpauco aired her take on the ongoing separation rumors. “It’s their private life so I am just praying for them. I know they will be okay. I’ve known Chiz to be a mature and grounded person that’s why I am happy for my daughter,” she said.