Diego Loyzaga has kept a relatively low profile about his love life following his split from Barbie Imperial months ago. But now, new relationship rumors are starting to swirl around him after former Pinoy Big Brother housemate Franki Russell posted her sweet photos with the actor.

Although the pictures are now deleted, it seems as though the pair is still very much close to each other, given Franki’s birthday message to her rumored beau last Saturday, May 21. 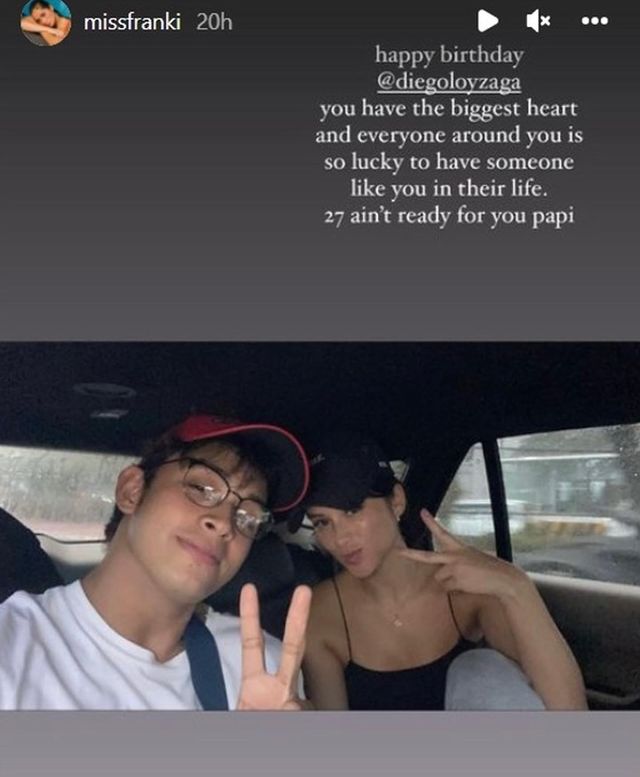 “Happy birthday, @diegoloyzaga. You have the biggest heart and everyone around you is so lucky to have someone like you in their life. 27 ain’t ready for you, Papi.”

Previously, Diego dated Barbie for one year, before confirming their breakup last February. A month later, they were seen at a restaurant together, fueling reconciliation talks between the two. Diego dismissed it, explaining that “they went through so much to hate each other” and that they’re “friends in talking terms.”

He has yet to speak up about his relationship status with Franki.