Derek Ramsey finally opened up about his breakup with long-time girlfriend, Joanne Villablanca. The two were together for five years and were reportedly in a very serious relationship.

In an interview with DZRH on June 7, as published by PEP.ph, the actor shared how he’s coping with the split.

"For now, we’re giving each other space and, in time, I’m sure Jo and I will be able to be real friends once again.

"Kasi ganun naman talaga kami nagsama, e, and there were so many great times, and Jo is a fantastic woman.

"It’s sad kasi napalapit na rin ako sa anak niya. I treated her daughter like she was one of my own.

"But for her to grow and for me to grow, I think it was best that we made this decision na we go separate ways."

Derek also mentioned that he’s currently reflecting on how he is as a partner.

"You know, during this time of separation, I’ve taken time to reflect towards myself. Tingnan ko ang mga pagkukulang ko as a partner.

"You know, it’s not all one-sided here. Both have faults.

"And just because you have faults, it doesn’t necessarily mean they’re wrong.

When asked about whether or not he thinks he has a five-year curse when it comes to relationships, Derek said, “Ewan ko nga ba… ewan ko kung may five-year curse ako, pero lahat yata umaabot ng five years.

“Pero 'yung five years is no joke. It’s a big chunk of my life.

“But all these things that I’ve learned will just help me in my future when I do find that person that I’m going to be with.

“It’s just… it’s not the relationship that is growing like it’s supposed to be.

Derek is still mum on the reason for their breakup, but netizens have been speculating that a third party might be involved, due to Joanne’s recent, but now deleted posts on Facebook.

According to PEP.ph, Joanne has been posting links about cheating on her social media account, including a FemaleNetwork.com story from May 11, titled Maricar Reyes on Why 'Harmless" Messages Could Be a Form of Cheating, along with another blind item post about a showbiz couple breaking up due to a third party. 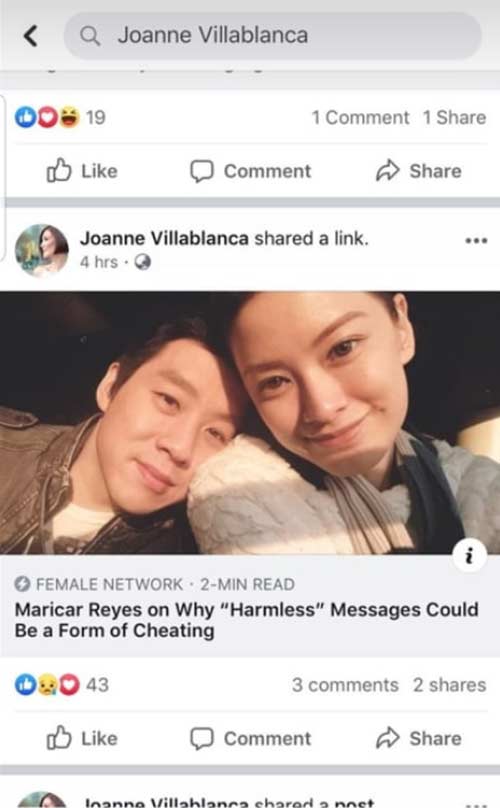 The screenshots of the posts can be found on PEP.ph.

Joanne has not commented yet regarding the issue. 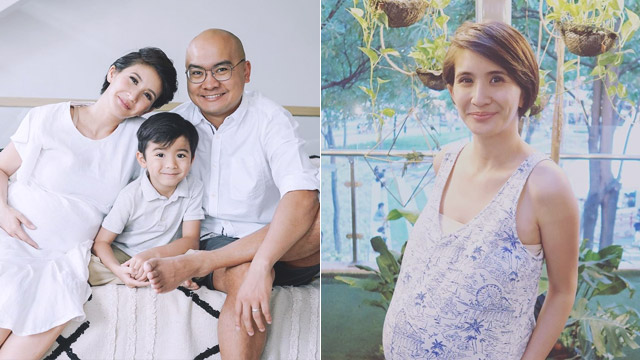 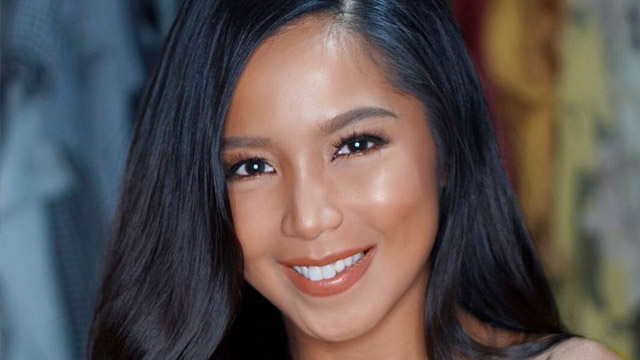