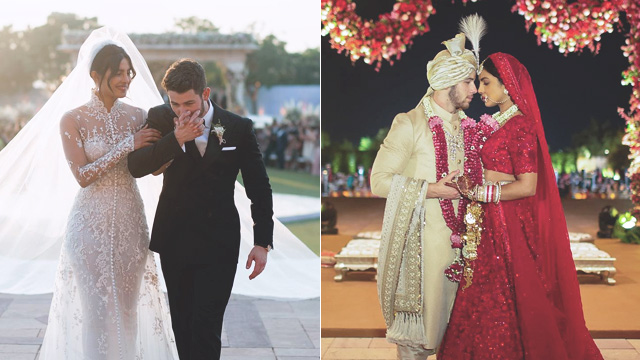 If you, like us, have been glued to Priyanka Chopra and Nick Jonas' social media accounts to see more photos of their amazing Western and Indian weddings, you'll love this video! PEOPLE has just released a video which documents the couple's relationship highlights and even gives an exclusive peek into their weekend nuptials in India:

The almost-five-minute clip also shows Priyanka's two wedding dresses! The white one, which features a 75 ft. veil, was designed by Ralph Lauren, while the red was designed by Sabyasachi Mukherjee.

Priyanka even told People that, "When Ralph Lauren approached us, I learned that Ralph has only designed three wedding dresses in 50 years—one for his daughter, his daughter in law, and his niece... I was blown away.”

Lucky for us, the gorgeous bridal fashion doesn't end there.

And prior to the ceremony, for the Mihendi (a pre-wedding ritual), she wore a colorful number by designer Abu Jani Sandeep Khosla. 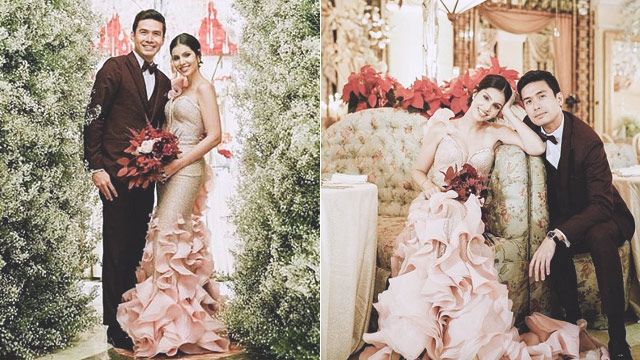 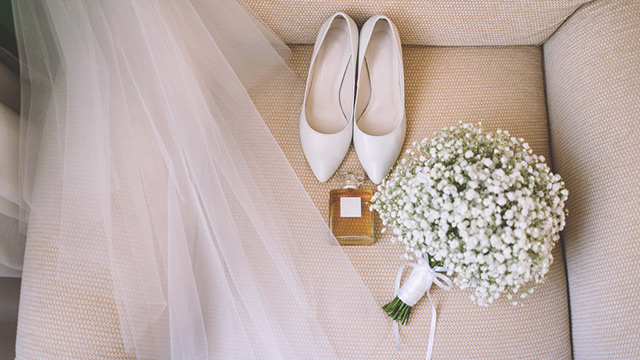