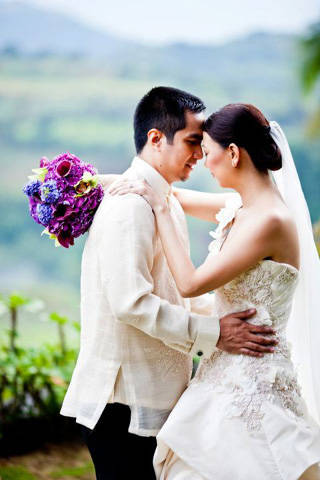 Xyn and Alex had a destination wedding in Tagaytay, and they celebrated their affair with details that were both chic and practical. With this, the couple's wedding exhibited warmth, charm, and whimsy.

Want to know more about Xyn and Alex's story? Click on any of the following links:

Xyn and Alex were working in the same office and were introduced by a common friend, who was Xyn's constant gimmick buddy. Every time Xyn would have coffee breaks with their common friend, Alex would always tag along but would constantly choose to remain quiet. "I would say it was like at first sight. Although, he was very aloof so I didn't think that he was interested in me," recalls Xyn.

One day, Xyn received a text from an unknown number, asking her if she would like to hitch a ride. The sender turned out to be Alex, who apparently got Xyn's number from the very first time they were introduced--however, he only mustered the courage to text her at that time. "That first text [message] led to many [others], then coffee breaks, and lunch breaks--later on, we were inseparable," Xyn shares.

Three years into the relationship, marriage became a constant topic in Xyn and Alex's conversations, and the couple soon got engaged. "Thus, the ring was just a formality of our engagement," says Xyn.

Xyn and Alex celebrated their big day in Tagaytay with an affair filled with charming and whimsical details. With deep plum as their chosen color motif, the couple's affair exhibited a regal vibe, which struck a nice contrast with the chic and laid-back ambiance of Tagaytay.

To make the wedding truly their own, Xyn and Alex engaged themselves in a couple of DIY projects, which included making the table numbers and photo wall. The bride also busied herself with collaborating with her florist to work on the reception décor. With their efforts, the couple was able to achieve the look that they wanted for their wedding.

While Xyn and Alex were hands-on in planning the wedding, they assert that one year is a considerably short time to plan one's wedding. "I kept on delaying small tasks until the last minute--I didn't think that planning a wedding included a lot of tasks.  As the day neared, I had a lot of small details to take care of," the bride admits. Moreover, the couple shares that pinning down one's priorities for the weddings is a must. "If there is something that you want badly but your budget does not permit [it], try to see if there are other items you can save on [to accommodate] the thing you like most," shares the couple.

The couple said their “I Dos” in Alex’s living room! by Patricia Melliza
Load More Stories 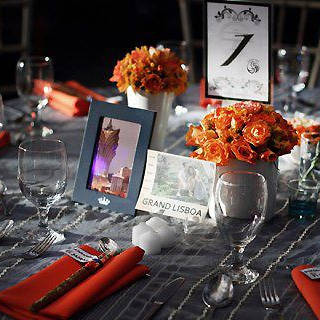 Real Weddings
Organize Your Wedding With We'll Take It For You 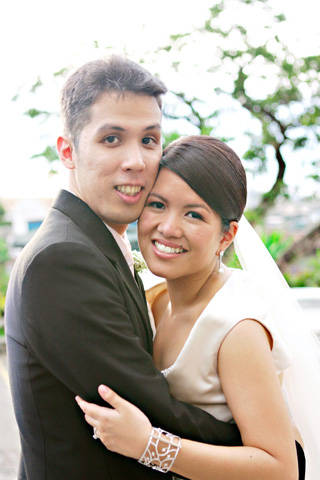