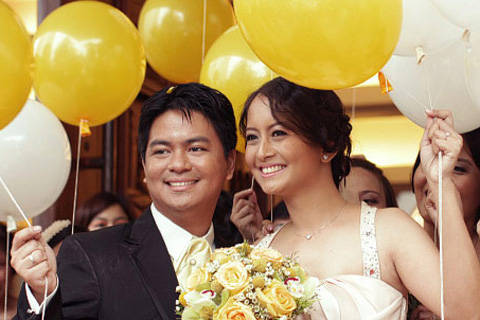 Patricia and Joseph tied the knot with a modern New York-themed wedding that boasted of chic details and a cosmopolitan flair.

Want to know more about Patricia and Joseph's story? Click on any of the following links:

Patricia and Joseph first met in 1998, when they were still both in college. However, it was only in 2005 when Joseph started pursuing Patricia. In the years between the first time they met and when they started dating, the two developed a good friendship and steady communication even if Joseph moved to another school. Despite their bond, Patricia and Joseph didn't realize that they both had a crush on one another. Finally, in 2005, Joseph mustered the courage to make a move--and a romantic relationship eventually blossomed later on.

Six years into the relationship, Joseph then decided to pop the question to Patricia while they enjoyed a hearty lunch buffet at Rise in Marina Bay Sands Hotel in Singapore. Joseph arranged a plate of strawberries, grapes, and chocolate syrup with the engagement ring in the middle of everything. When Joseph handed the plate to Patricia, he just asked her to look at it, which left Patricia speechless. "Everything [was] a blur after that. Up to this day, he still teases me that I never answered ‘Yes' to him because I was literally speechless when I saw the engagement ring," the bride recalls.

With the bustling city of New York as inspiration for their wedding, Patricia and Joseph's wedding turned out to be a chic and modern affair. With this, the couple opted for fuss-free details that channeled New York's cosmopolitan vibe. A bold and cheery yellow, black, and white color motif accompanied the theme, which was reminiscent of New York's famed cabs.

To further highlight the wedding's theme, Patricia and Joseph held their reception at The Enterprise Center, an office building in the bustling Makati business district. The venue boasted glass walls and a high ceiling--modern architectural traits that were just right for the couple's theme. The couple also marked their festivities with contemporary party songs that brought New York City to Makati.

With the success of their wedding, Patricia and Joseph tell planning couple to let go of the small stuff. "Don't forget that it's a celebration of your union, so try to prioritize more important things like the ceremony," the couple explains. 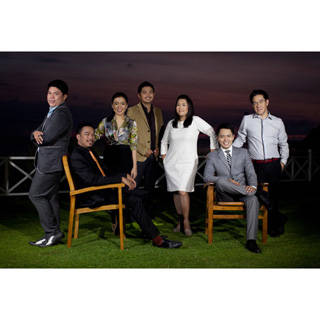 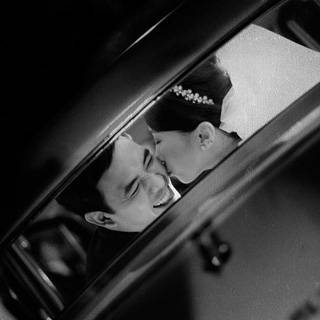