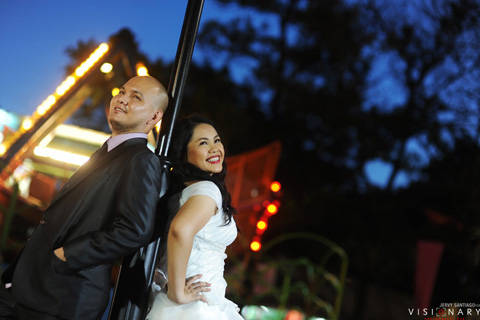 Long-term couple Jas and Mike celebrated their big day with an affair that showcased their personalities through classic and quirky details.

Want to know more about Jas and Mike's story? Click on any of the following links:

Jas and Mike's love story didn't quite follow the traditional courtship. Though the two were classmates in high school, they barely talked to each other in person. But one night, Mike suddenly called Jas, and that sparked the beginning of a series of long phone conversations. While the two were comfortable taking on the phone, things were the opposite when they'd bump into each other in school. They would shy away from each other, afraid that their classmates or teachers would tease them.

The two went to different schools in college. Though Jas and Mike weren't officially together or dating exclusively, they didn't see other people throughout their college years. It was as if, according to Jas, they were in an "unofficial mutual understanding." Right after college, however, things became clearer when Jas and Mike visited their former high school teacher who was confined in a hospital. "On that day, [Mike] held my hand and introduced me as his girlfriend to our HS teacher. Our professor just smiled and said 'Finally.' No questions asked. After that, we were inseparable," Jas recalls.

Thus, after nine years of being officially a couple, Mike didn't have to pop the question to Jas anymore. He just laid out his plans of marrying her, and gave her a ring on Valentine's Day in 2010.

Jas and Mike celebrated their big day with a simple and classic affair that featured a violet and silver color motif. The couple's celebration, was filled with bold and quirky accents, from minute details like their cake toppers, to highlights such as their surprise numbers during the reception. "I guess [the wedding] reflected our personalities. We still wanted to follow traditions but we want it to be fun and unconventional," says Jas.

While planning their wedding, Jas learned that grooms should also be active during the planning stage. "The wedding should be about both the groom and the bride. Brides-to-be must engage their future husbands during the preparation," she shares. Moreover, she adds that trusting your wedding suppliers is key. "Once you have decided on your suppliers, tell them exactly what you want. [This is] especially [important for] your photographers, make-up artists, videographers, and coordinator. Once you are clear about [your vision], they [would surely] know what to do," Jas explains. 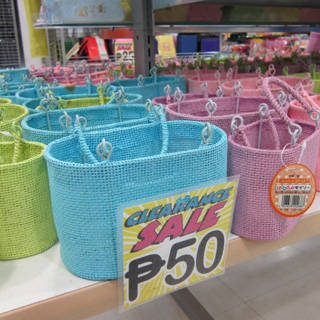 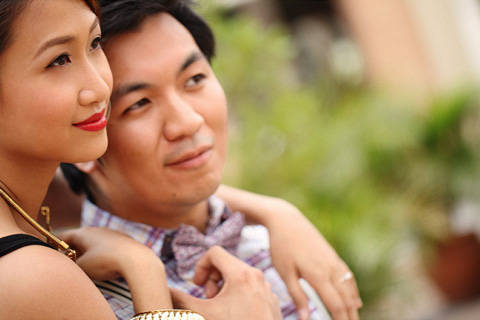