The couple had a simple but heartwarming wedding with a green and violet color palette.
by Andrea Macalino | Dec 28, 2012 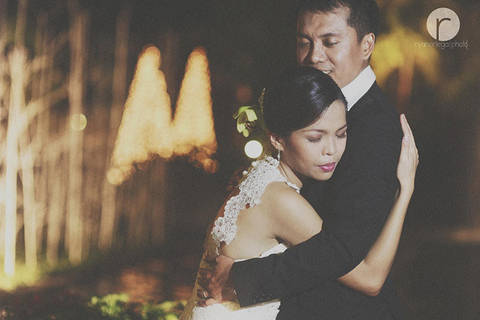 Christine and Bernie kept their wedding simple yet meaningful with green and violet details. By being hands-on with the preparations, the couple showcased their personalities through their wedding.

Want to know more about Christine and Bernie's story? Click on any of the following links:

Despite the distance, Christine and Bernie's paths crossed when they were both miles away from their home country. The two were in Singapore when they met through an online Filipino group. From there, they established a friendship, which then developed into romance.

Back in the Philippines, Christine and Bernie toured the Chocolate Hills in Bohol to celebrate their monthsary. It was a very special trip, since Christine had never been there before. The occasion was made even more memorable when Bernie popped the question, and Christine accepted his proposal.

Christine and Bernie had a simple wedding that showcased a green and violet palette. The couple's hands-on approach to the preparations allowed them to pull off a wedding that exuded warmth.

Music played a huge role in setting the ambiance for the fuss-free affair. During her walk to the altar, Christine was able to fulfill her childhood dream of marching to Pangarap Ko ang Ibigin Ka by Regine Velasquez. For their reception, the bride's brother and a friend of his serenaded the newlyweds with Boys Like Girls and Taylor Swift's Two is Better than One.

Christine shares that planning their wedding wasn't easy, but she is very thankful for Bernie's dedication. She says, "He did almost everything and was very hands-on! I feel so loved having a husband like him." 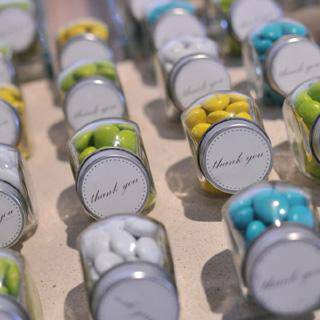