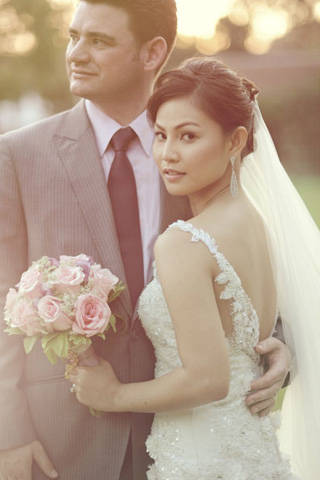 Caren and Barry tied the knot with a destination wedding that exhibited rustic charm and chic nostalgic details. With a plum and mauve color motif, the couple's March affair, also took on a refreshing spin, as it featured heartwarming participation from their loved ones.

Want to know more about Caren and Barry's story? Click on any of the following links:

Caren and Barry met at the workplace as they worked for the same company. "It took him a few months to summon up the courage to speak to me, and when he did, it was with a glass of champagne and a smile on his face," shares Caren. Sparks certainly flew when they met. In time, the instant attraction led to a romantic relationship, and eventually, the altar.

Barry popped the question to Caren at a restaurant in Hong Kong. Caren narrates: "After dinner, he suggested to have dessert at The Peak Lookout Restaurant, which we don't normally do. Right there, on a candlelit table and with the beautiful view of Hong Kong, he then asked 'Would you be my wife?'--with his hands shaking and body sweating!" After shedding tears of joy, Caren answered Barry's question with a sweet yes.

Held at the charming rustic grounds of Hacienda Isabella in Cavite, Caren and Barry's wedding was marked with chic details. The warm and laidback country ambiance set a warm atmosphere for their affair. With the vintage and eccentric décor that dotted the chosen wedding venue, the couple's nostalgic theme took on a bold and refreshing spin.

To make Caren and Barry's destination wedding even more special, some of the couple's family members and friends gave special surprise performances. The best man broke into song after he delivered his speech, while the bride's mom delighted everyone with a dance number. Some of the bride's closest friends, including Bossa Nova princess Sitti, also serenaded the couple during their reception. In the end, the couple's wedding became more than a celebration of two people coming together, but rather, a gathering of families and friends, too. 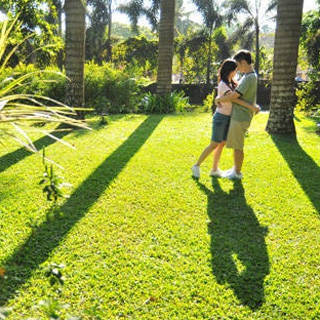 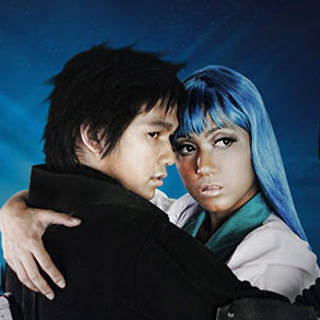