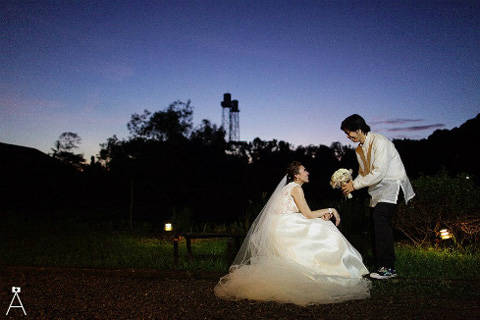 Ashbel and Nano celebrated their seventh anniversary as a couple with a fun and quirky fiesta-themed affair. The event was laced with colorful details and Pinoy pop culture elements, which complemented the festive affair.

Want to know more about Ashbel and Nano's story? Click on any of the following links:

Ashbel and Nano were both mending broken hearts when they first met. They were colleagues in a call center company, and didn't click right away. Ashbel thought Nano was arrogant and always snubbed her, which Nano later admits he intentionally did to get her attention.

As time passed, however, the two got to know each other more and Nano turned out to be sweet and funny. "[After] months of constant dates, calls, and text messages, I knew that I was falling for him, but I didn't entertain the feeling because of my fear of getting hurt again. [But] Nano never gave up and still pursued me," recalls Ashbel.

Ashbel and Nano celebrated their union with a fun and quirky fiesta theme. The cheery event was laced with pops of happy colors and modern Pinoy elements. During cocktail hour, guests were served with Pinoy street food, such as isaw (pork and chicken intestines) and pig ears. Escort cards also came with snacks that the couple enjoyed as kids, such as Chocnut, ZebZeb, Ice Gem, and Curly Tops. The laidback reception was also marked with a BINGO game, which everyone truly enjoyed.

"Our wedding was everything we wanted it to be. It's the total reflection of who we were as happy individuals, and who we are as a happy married couple!" Ashbel gushes. They also made sure that the celebration would be small and intimate so they could really personalize it.

The couple learned several things as they planned their affair. Ashbel says, "No matter what other details you [are] worried about, just let go and let God! Remember the most important thing--that it would be your day to express your unconditional love and happiness for each other, so savor the moment."

Not all Filipinos are eager to take COVID-19 jabs. by Arianne Merez for Reportr.world
Load More Stories 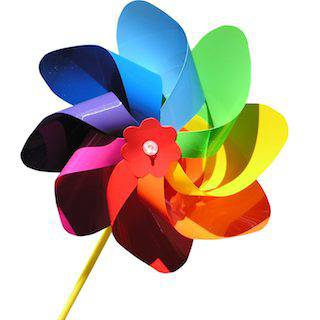