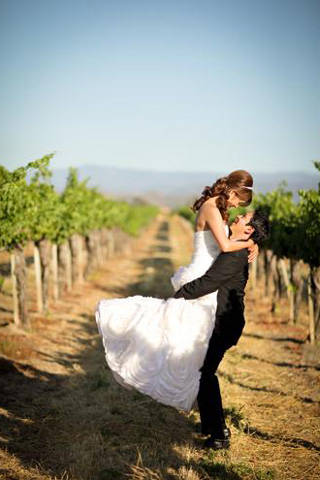 Annie and Alan tied the knot with a dreamy rustic vineyard-themed wedding held at a winery in California. With chic and warm details, the couple's big day was filled with a whole lot of love and merriment.

Want to know more about Annie and Alan's story? Click on any of the following links:

Annie and Alan started off as mere office seatmates. Their desks were right next to other, which caused some of their colleagues to pair them up with one another. They didn't mind all the teasing since they were in different relationships then. However, when Annie became single, a door opened for her and Alan to connect. During a company outing, Alan began to make his intentions known to Annie by attempting to hold her hand. He even asked her to watch the sunrise with him in the hopes of recreating one of the scenes from Annie's favorite TV series, Meteor Garden.

After the outing, the two began talking and spending more time with one another. In 2004, the two officially became a couple and moved to the United States together in 2005. Six years into the relationship, Alan gave Annie a pleasant surprise on the first day of 2010 by asking her hand in marriage. With their engagement, the couple was given more to look forward to in the coming years.

Annie and Alan celebrated their big day at California with a dreamy rustic vineyard theme. After exchanging I do's at the St. Edwards Catholic Church in Corona, California, the couple treated their guests to a fun-filled reception at the Ponte Winery in Temecula Valley, California. Set amidst the sprawling vineyard and warm sun, the couple's wedding exhibited a cheery rustic charm. Pops of purple, wooden details, and chic flower arrangements made for a dreamy sight to remember.

To bring in a hint of local Pinoy flavor to the couple's destination wedding, Annie and Alan flew in local materials purchased from Divisoria, such as sinamay, which personalized their wedding details. Their souvenirs and table napkins were secured with sinamay, which perfectly blended with the rustic feel of the wedding's vineyard theme. Of course, a wedding at a winery wouldn't be complete without overflowing drinks and non-stop dancing, which made the couple's wedding truly a day of merriment. 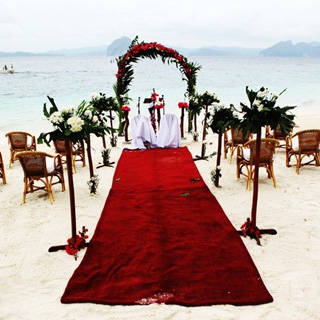 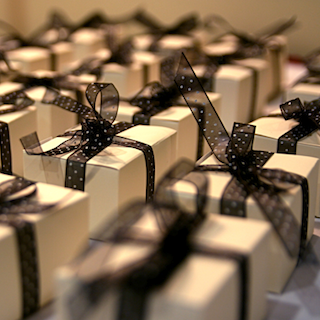