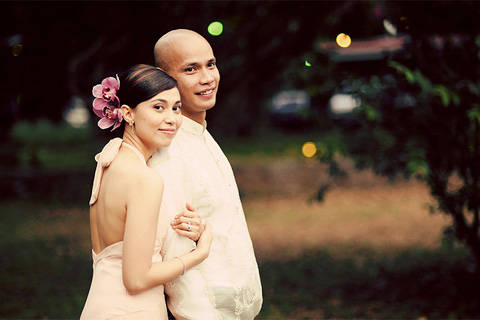 Angela and Mark tied the knot with a Southern California-inspired modern garden wedding that was marked with chic and dainty details. With a pink and gray color motif, the affair exhibited a warm, refreshing, and romantic air.

Want to know more about Angela and Mark's story? Click on any of the following links:

Angela and Mark's paths first crossed at the Ateneo de Manila University. Mark was a trainer at the university's Moro Lorenzo gym, where Angela signed up for membership. The two hit it off, and their friendship soon blossomed into a romantic relationship, which eventually led to the altar.

One day, on the way to their usual Saturday afternoon date, Mark suddenly asked Angela to sit down before they leave the house. "As soon as I sat down, he turned his back to me, and when he turned back to face me, there was a box in his hands. As he opened it, he said ‘Will you marry me?'," Angela recalls. "I started to blubber and cry, and hugged him. A few moments later, he said 'Uhm, you haven't answered my question yet'," Angela shares. Of course, the bride responded with a sweet yes.

Angela and Mark exchanged I do's with a Southern Californian-inspired theme that featured chic and rustic details. To give a modern punch to the dainty theme, the couple went for a blush pink and gray color motif. In keeping with their theme, the couple had an outdoor garden ceremony and went for subtle, elegant accents. Other details of their wedding, like the bride's unusual pink dress, also complemented the So-Cal concept.

To personalize the event, the couple also took on a handful of DIY projects, which included the chic suede envelopes for the invites and chair accents for the reception Tiffany chairs. The couple learned a lot of things as they planned their affair, but if there's one thing the bride wishes to tell other couples, Angela exclaims: "Do not go to a bridal fair unless you know what you're looking for. It is so overwhelming, with all the suppliers, pamphlets, choices!" She adds, "If you search for [the suppliers] online beforehand, you can make a beeline for the suppliers you are interested in before looking at the others," she adds. 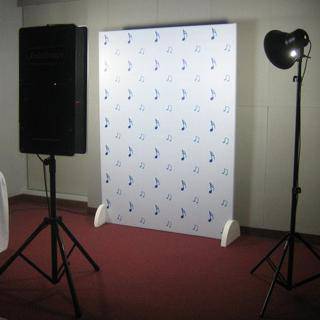 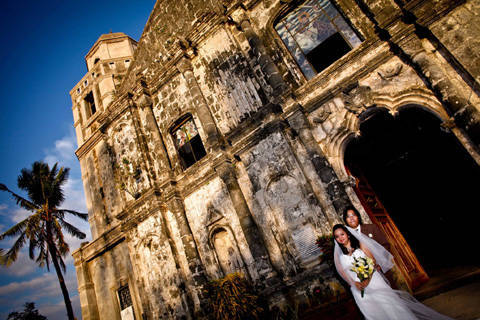