Over a month ago, Isabelle Daza tied the knot with her French beau Adrien Semblat in Tuscany, Italy.

As a destination wedding, it would be expected there would be a hefty budget to achieve the feat.

It's been one month since the big day.  Viewing the photos by @patdy11 and @iamfperez 😁 #belleadrien2016

But Isabelle had always kept to heart the words of her mother Gloria Diaz, "It's not about how much money you earn. It's how much you are able to SAVE."

In an interview with ANC's Headstart, Mrs. Semblat revealed a simple secret to save up on a destination wedding: Get your friends involved!

"One thing that I learned is that when you travel abroad and you get married abroad, iba iyong Pinoy service sa wedding.

"Dito, kami iyong gumawa ng lahat, my gosh. I was making my friends do every thing."

Beginning with the welcome dinner held at the Lemon Garden in Castello di Gargonza, their good friend Erwan Heussaff provided the drinks for the night.

How did Erwan fare as the night's bartender?

On Instagram, he wrote, "Expect: friends coming from behind you and telling you to serve them first. What they don't realize is that all the other 150 guests are friends too and are saying the same thing."

Note to self: never bartend in a wedding when people are already loaded on wine and champagne. It's like an open bar with no tickets, ordering system, payment or line. Expect: friends coming from behind you and telling you to serve them first. What they don't realize is that all the other 150 guests are friends too and are saying the same thing. #belleadrien2016

Another way to save is to reduce the number of your wedding committee.

Isabelle said, "We didn’t have a huge staff to order around. I just kinda abused my friends.

"Raymond Gutierrez was making pako the flags and the decorations. He was like, ‘You know, I don’t even do this in my own events where I get paid for.’"

Georgina Wilson and Anne Curtis, along with Martine Cajucom, Liz Uy, and Bea Soriano, all helped during the wedding preparations.

During the wedding, it was captured on camera how Isabelle's efficient bridesmaids were making a cord on the spot.

Isabelle remarked, "Everybody was kind of involved. It was a lot of fun."

Lol! My mismatched bridesmaids hard at work, creating a DIY cord since my sister couldn't find it at the church. #belleadrien2016

Guess who became part of the choir?

Forced my friends to be the choir during the mass! "Oh happy day...." #belleadrien2016

This story originally appeared on Pep.ph.*
Minor edits have been made by the Femalenetwork.com editors.
0 Shares
Share Tweet Pin Post a Comment
Personal Loan Calculator
Use this calculator to know how much you'll be paying based on current interests of banks.*
Get the latest updates from Female Network
Subscribe to our Newsletter!
View More Articles About:
Belle Daza Isabelle Daza Europe Italy Destinatination Wedding Budget Tips Expenses Celebrity Weddings Adrien Semblat
Recommended Videos
Comments
Trending on Network

Articles
The Kalyeserye Prenup Photos of Alden and Maine Are Your New Pegs! 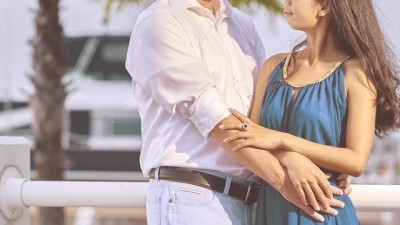