10 Famous Weddings and Engagements in 2010

2010 was all about royal engagements, rock star weddings and celeb nuptials.
by Trixie Zabal | Dec 16, 2010 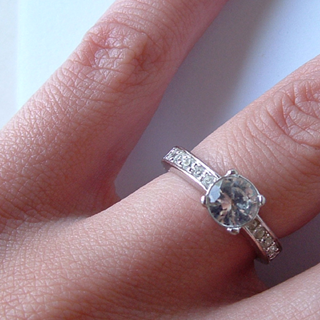 The year 2010 was marked with several weddings and engagements. See which celebrity couples walked down the aisle and who else is planning their dream wedding in 2011:

Kate Middleton's engagement to longtime boyfriend and heir to the British throne, Prince William, sent romantics all over the world gushing about the couple's fairy tale love story. Kate (who shall be formally called Catherine) now wears the sapphire and diamond engagement ring which once belonged to Princess Diana.

The couple became engaged in Kenya in October 2010 and is set to marry on April 29, 2011 at Westminster Abbey in London.

Beauty queen, TV host and model Maggie Wilson received a pink diamond engagement ring from construction magnate Victor Consunji in February 2010. The couple will had their December 18 wedding in Misibis Bay in Albay. The three-day affair had Marc Nelson and Joey Mead as hosts, while entertainment was provided by DJs Mars Miranda and Manolet Dario with Sinosikat. The star-studded entourage wore Rajo Laurel while the bride walked down the aisle in a Vera Wang gown.

The sassy model and former VJ got engaged to tycoon Ian King--the two were introduced to each other by a mutual friend, Tim Yap. For their engagement party at the Peninsula Manila, Joey Mead wore a Rajo Laurel creation. At the party, the couple shared that their first date was an arcade and burgers affair.

Model and TV show host Kelly Misa announced her engagement to longtime beau, Carlos Fernandez, in 2010. Carlos proposed to Kelly on a mountain overlooking the beach and while no wedding date has been set, the couple are looking at the possibility of a beach wedding.

Chanteuse Regine Velasquez and Ogie Alcasid's December 22 wedding in Punta Fuego, Batangas was a star-studded celebration with President Benigno "Noynoy" Aquino as one of the couple's guests. Regine walked down the aisle in a Monique Lhuillier gown gifted to her by cosmetic surgeon Vicki Belo, while Ogie was decked out in Randy Ortiz.

Designer Rosanna Ocampo and boyfriend of two years, Marco Rodriguez, are set to tie the knot in the first quarter of 2011. Formally engaged in February, Rosanna and Marco are planning a summer wedding where the entourage will be wearing Rosanna's own designs.

Actress and TV host Rica Peralejo exchanged Christian vows with boyfriend Joseph Bonifacio at Kawayan Cove in Cavite in January 2010. She donned a Rajo Laurel dress for their "Under the sea"-themed wedding and enlisted videographer Jason Magbanua and photographer Lito Sy worked as part of  their laid-back beach wedding.

Chelsea Clinton and Marc Mezvinsky had a 400-guest wedding in Rhinebeck, New York in July 2010. The former first daughter stepped out and walked down the aisle in a strapless gown made by Vera Wang and later changed into a second dress for the party which reportedly had guests staying until 3 a.m.

Get the latest updates from Female Network
Subscribe to our Newsletter!
View More Articles About:
Celebrity Weddings Weddings Engagement
Trending on Network

Articles
Featured Weddings: A Cozy and Romantic Ceremony for Mimi and Jobert 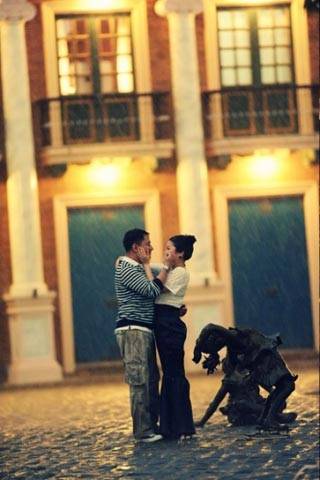