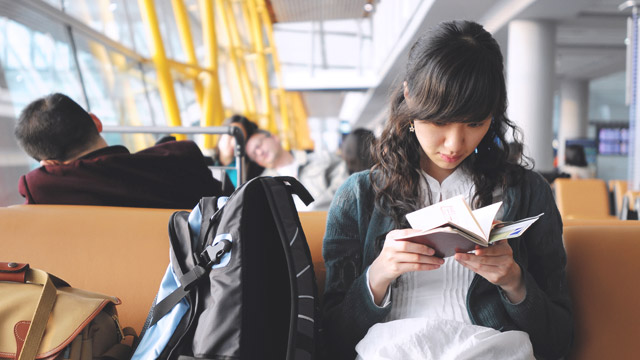 On August 17, 2018, the Ninoy Aquino International Airport (NAIA) closed its runway for 24 hours due to a stalled Xiamen Airlines plane. This caused hundreds of flights to be cancelled, rerouted, or delayed for a long period of time, much to the hassle (and even trauma) of thousands of passengers.

While such occurrences are unprecedented, passengers can reduce the financial costs brought about by these delays by purchasing travel insurance. Among the many benefits that it provides is the monetary compensation or reimbursement of expenses caused by flight delays.

“There’s a provision in the travel policy that if you get delayed for reasons beyond your control, normally you can get some sort of monetary benefit from the travel insurance company,” explained Michael Galang, president and CEO of insurance provider Intego Insurance Agency, in a phone interview with Entrepreneur Philippines. “You can file a claim with the insurance company for the inconvenience.”

These inconveniences include expenses for food, lodging, and other similar needs, though the types of expenses covered vary between providers. Galang also noted that these flight delays must last for a very long time, such as those caused by the recent NAIA runway closure, for a policyholder to be eligible for reimbursing these expenses.

A rundown of the coverage given by travel insurance products from popular airlines and non-life insurance companies, as well as the minimum time for flight delays to be eligible, are shown in the infographic by Entrepreneur Philippines. 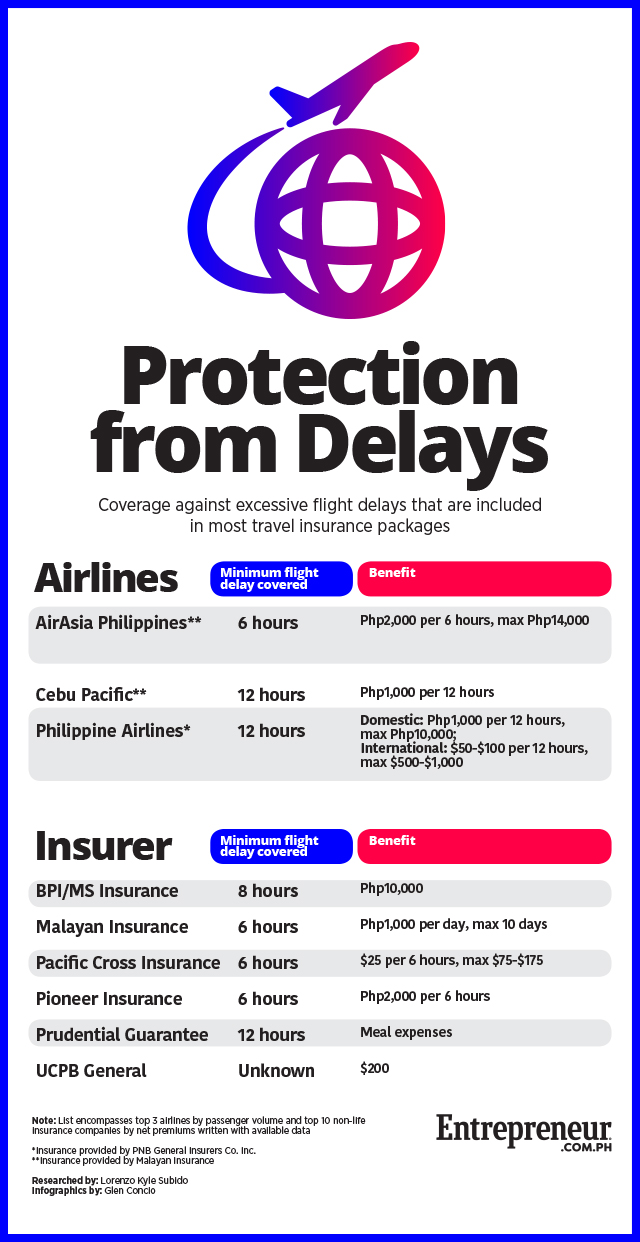 Passengers must file a claim with their insurance providers after their flight to avail of these benefits. The insurer will ask for several documents such as official receipts and flight details, and it will set a maximum amount for how much one can reimburse due to the delay. According to Galang, “There’s a monetary cap to prevent abuses [from the passengers].”

One can purchase travel insurance for less than P500 from several providers, but the amount of the premium can vary depending on the flight’s destination and the duration of the travel. The amount of compensation one can receive may also vary across differently priced insurance products.