Here's What You Can Do About Bastos Male Officemates

The Upsilon Leaks has reminded us that a lot of boys hold backward thoughts about women, and they sadly grow into men negatively affect the workplace.
by Charlene J. Owen | Nov 23, 2018 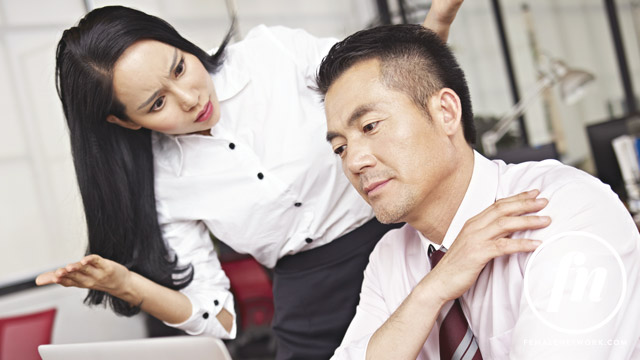 By this time, you’ve probably already heard about the Upsilon scandal, which saw the leaking of the alleged abusive, sexist, misogynist, homophobic, anti-ethnic, and racist rants of members of the Upsilon Sigma Phi fraternity of the University of the Philippines, which, ironically has just celebrated its centennial. If you haven’t, then here’s an example (you can see the rest of this article on Spot.ph):

There's a lot to unpack, so in the meantime, let’s just focus on their misogyny and verbal violence against women. It’s sad to think that young men hold disgusting beliefs that they think make them “cool” among their frat brothers when it fact, it only emasculates them more. Unfortunately, in most cases, they will later on unconsciously (or consciously) project once they graduate and enter the workplace. Some of them will even hold positions of power, which does nothing for gender equality (or basic manners and respect).

And yes, while the Philippines is considered to be one of the more progressive countries in Asia when it comes to gender equality, there are still many, many men with archaic beliefs about women—and sadly, some women subscribe to it, too. Think about it: how many times have you done something awesome only to have some male power figure say, “Wow, ang galing mo, considering babae ka,” thinking that he’s paying you a compliment?

Personally, I’ve witnessed blatant misogyny when one time, an officemate’s boyfriend dropped by, spoke with another colleague and berated her for not wearing shorts under her skirt. When she answered that she wouldn’t really be bothered if someone accidentally saw her undies, he said that she should just open her legs for all to see to prove that she wouldn’t really mind (and this is just one of the many reasons why he’s now my officemate’s ex).

Recognizing misogyny in bosses and co-workers

According to a Psychology Today feature by Berit Brogaard, D.M.Sci., Ph.D., “A misogynist is not simply a person who hates women, it’s a person who does, or would hate women who are not subordinate, women with power and status, women who can stand up for themselves and make their own decisions.” Misogyny—whether it’s called by any other name like chauvinism or sexism—is hatred that pushes men to feel as if they are better than women, justifying the suppression of empowered females by identifying them as less than themselves, or worse, as objects that only exist to satisfy them.

And oftentimes, a misogynist doesn’t know or accept that he’s one, or that he has cultivated this way of thinking for years. Misogyny grows, as Dr. Berit writes in another article: “Once planted, this seed will germinate and begin to grow, the tiny root working its way into the fear processing and memory areas of the brain as its tiny stem works its way into frontal areas of the brain, affecting emotion and rational decision-making.”

So how do you spot a misogynist in the workplace? Unsurprisingly, most signs can be attributed as some form mental and emotional abuse:

How to deal with misogyny in the workplace

Deal with them by owning your own power, because as long as you hold on to it, he can do nothing to who you truly are:

As a Muse article notes, treat a petty adult as if you’re treating a petty child. A proverbial slap on the wrist and a word of (sarcastic) caution can often shut up a misogynist, and if he doesn’t, turn the tables on him and call him “emotional”—because don’t they always call women that? Two can play at that game.

Does he embarrass you in front of his office buddies? Keep your chin up and use the power of your voice to call him out. One thing that puts a misogynist in his place is a woman who doesn’t put up with his sh*t.

Don’t allow him to force you to do things you’re not comfortable with.

If a man in your office is making uncomfortable advances and gets mad every time you turn him down by belittling who you are as a person and compromising your professional standing, hold your ground. It doesn’t matter if he’s your boss or a teammate—your priority is your safety. If things get too complicated, let HR know and opt out. No amount of salary can buy your peace of mind.

Actress Bette Davis once said, “When a man gives his opinion, he's a man. When a woman gives her opinion, she's a b*tch.” That sadly is still true in some companies, but these are actually the best places to confidently stomp your boots. Don’t be afraid to take credit when you know you’ve worked hard for it, and demand for what compensation you deserve. Shake up the status quo. Sure, a lot of misogynists will hate you, but do their feelings matter at this point? What matters is that you’re confident enough to take a stand, and this will inadvertently ignite confidence in others.

Lastly, look at him.

You read that right. Take a good look at your resident misogynist. Take a good look at all the men who have cat-called you, objectified you, took away your opportunities, and belittled you at some point. See them as they are: sad, misinformed men who live in unconscious fear of females; who, when faced with an empowered woman, internally shrink from her light. They are the ones who are missing out, not you. They are the ones who are afraid of change, and honestly speaking, who probably haven’t really had great sexual experiences because they don’t know how to value who they’re sharing the experience with.

A real man walks beside a woman, not before her. He treats her as his equal and values her as the human being she is. Unless a misogynist consciously pushes to change, he is nothing but sad reflections of the kind of man he has always hoped to be. And you deserve better. 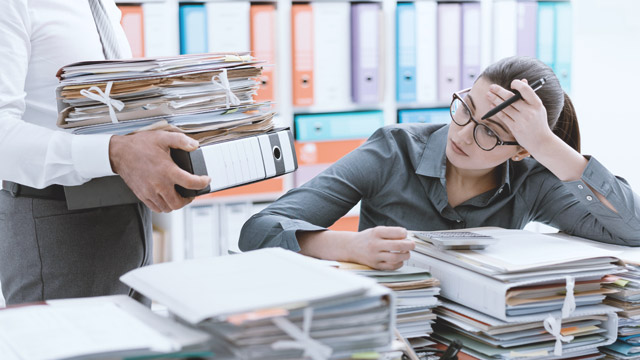 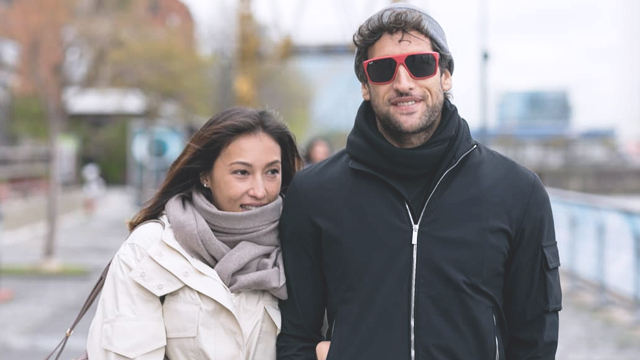