This Couple Gets Paid At Least $3,000 per IG Post While Traveling the World

Jack used to be a carpet cleaner while Lauren was a dental assistant.
by Ana C. Pascual | Apr 12, 2017 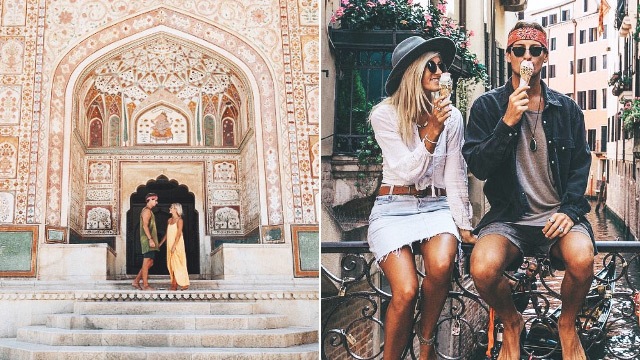 It’s every adventurous couple's dream to explore the world without have to worry about money, and just when you thought that goal was impossible to reach, an Instagram couple is actually somewhere around the globe right now (they’re in Abu Dhabi as of this writing) doing just that.

Meet Lauren Bullen and Jack Morris; Lauren is Australian and Jack is from England. According to their feature on Cosmopolitan UK, they met during a job in Fiji just last year and they’ve been together for 10 months.

Got @gypsea_lust some puppies for Valentine's Day ???? Thanks for making me the happiest guy in the world! I love you ?? ??

Before they were Instagram influencers, they had different jobs. Lauren was a dental assistant in Cairns in Northern Queensland and her hobby was photography. She gained some momentum after getting 2,000 followers on Instagram, and as she posted more and more beautiful photos, the number went up to about 16,000. Her first gig was with the local tourism board where she had to document her trip around the region.

“It was getting busy with the travel jobs – some of those might take a week or two to go off to the destination and shoot – so every month I was literally just taking half the month off to do a different job,” she explains. “Brands started contacting me and I was making good money from it, so I wanted to give myself the flexibility and be available to do it.”

Meanwhile, Jack had a 9-5 job in carpet cleaning and when he got fed up with it, he booked a one-way ticket to Bangkok for a backpacking trip. At first it was okay but when he ran out of money he tried a different approach since Instagram was still new then.

“Instead of trying to grow myself on Instagram, I tried to grow niche accounts which reposted images; I had one for animals, fashion, cars - all sorts of things like that - and they grew pretty fast. It was literally just finding content throughout the Instagram community, reposting certain niches on certain accounts, and then monetising by contacting brands in that niche and asking if they wanted to advertise on the accounts,” he explained. Pretty clever, right?

Stoked to be here in Paris with @airbnb! I'll be taking over their snap chat over the next 2 days so follow along for behind the scenes - airbnb!

The two met while they were traveling and they hit it off pretty good. “We were both doing the same thing, and he asked me if I wanted to come to Bali and hang out after the Fiji job, which I thought would be fun,” explained Lauren. “We could just keep doing what we were doing, taking pictures and creating content and stuff.”

Talk about relationship goals and travel goals all rolled up in one.

More From FemaleNetwork.com
Get the latest updates from Female Network
Subscribe to our Newsletter!
View More Articles About:
Dream Job Instagram Couplehood Vacation
Trending on Network 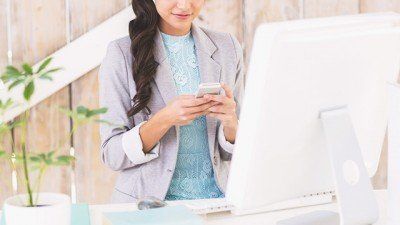