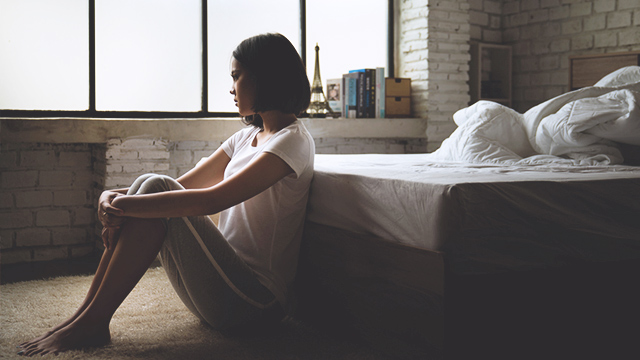 When we speak of abuse in a relationship, the kind of images usually conjured up are shouting matches and physical violence. However, not all instances are quite as obvious as bruises, bumps, and lacerations. Have you ever come across those viral relationship posts circulating online that romanticized possessive boyfriends and girlfriends? Where the BF would tell his partner to cover up or the GF would demand that her partner prove their whereabouts at all times? What’s most alarming is these situations are played for laughs and are considered sweet gestures. Real talk: There’s nothing cute about being a control freak. The aforementioned examples are considered warning bells already.

In order to explore the many aspects of emotional abuse, we spoke with Isabel Paredes, a psychologist, acudetox specialist, theta healer, and wellness consultant from Healing Minds. Isabel explains that emotional abuse can be harder to detect as compared to its physical counterpart due to the lack of evidence.

The Republic Act No. 9262 defines “Psychological violence” as acts or omissions causing or likely to cause mental or emotional suffering of the victim such as but not limited to intimidation, harassment, stalking, damage to property, public ridicule or humiliation, repeated verbal abuse, and mental infidelity.

But are we overreacting about this? Perhaps, it’s merely some light teasing on their part? Was it just a simple misunderstanding? Maybe we were really being “bitchy?” Should we be immediately thinking the worst of our partner? Read on to find out.

1. He starts micro-managing your life.

He’ll make a little comment or two about how your outfit is too skimpy even though it’s always been your style. He tells you that he prefers natural-looking girls and that you’re wearing too much makeup. He tells you not to spend too much of your own money on your hobbies. You no longer remember what life was like outside of the relationship because he insists that he must be involved in everything that you do.

Isabel explains, “It could be that we have accepted controlling situations as a form of love and thus may accept controlling others because we understand this behavior as someone caring for us and so on.”

2. He offers backhanded compliments and often puts you down.

Everyone at some point packed on the relationship pounds. He doesn’t outright call you fat. At the mall, you’ll show him a top that you’re thinking of buying and he genuinely asks, “Will that even fit you?” You can’t imagine a date that didn’t consist of harsh criticism. But he explains that he’s just trying to make you a better person.

3. He often convinces you to do things that make you uncomfortable and works up a fuss if you refuse.

It could start off simple enough. He tells you that he feels hurt whenever you’re not in the mood to sleep with him. Perhaps, your partner ventures the idea of having sex without a condom. When he notices that it causes you discomfort and you insist, he might complain that you don’t trust him enough and that, yes, it’s your body but what about his pleasure? He drops the subject for now but keeps asking until you give in. But was it really your own choice?

4. He shuts down your opinion, downplays the problem, and ultimately dismisses it.

During an argument, he will insist that you listen to his side. However, once you start speaking up, he immediately shuts down and either slams the phone or walks out mid-conversation. He might comment that you’d get along better if you didn’t keep disagreeing with him.

Isabel adds, “Other forms of dismissal are explosions—when they try to intimidate you by raising their voice to put an end to the discussion. They can also bang objects to induce fear.”

5. When your partner can switch moods from aggressive to affectionate at the drop of a hat.

The abuser may spit out a string of curses at you and cause you to break down into tears. He’ll immediately apologize profusely and hug you as a sweet gesture in order to balance out the poor treatment which occurred only minutes ago.

Isabel further explains that the reason why that victim in the relationship may not immediately notice it is because the abusive partner is able to socialize well. Thus, they don’t alarm the people around them and they could also be highly skilled and admired for it. She says, “Most abusers are characterized as manipulative and yet extremely charming. On the surface, everything will always seem like things are going fine. Especially if they also have the tendency to be malambing.”

6. He is resentful and downright envious of your own success.

You finally have an opportunity to train in your craft abroad or maybe after months of freelancing, you finally found the job you wanted. Watch out if your partner argues about how that leaves less time to spend with him, or if he starts to question if that’s really what you want to do with your life. And when it comes to hobbies and pursuits, see if he’ll dismiss it as frivolous and that you should focus on something more worthwhile. He will be especially antsy if you are experiencing a more successful career compared to his own.

According to Isabel, “Narcissistic personalities tend to be quite abusive. Heinz Kohut (1971) proposed that it develops due to a fragile self-esteem. They boost their own esteem through unending quests for respect from others. Parenting styles: The figures showed coldness or overemphasized their talents (too much praise) and a deep sense of shame over shortcomings.”

7. He often blames you for triggering his temper.

You were 15 minutes late for your date and he gets angry at you for wasting his time. What if that wasn’t the first time he got mad at you for messing up? Maybe at some point, because you were dreading his reaction to anything that displeased him, it manifest physically with the way your hands shook or your ragged breathing. You actually fear this person and what he could do to you.

Isabel says, “Lorna Benjamin presents the Structural Analysis of Social Behavior [method of analyzing social interactions]. Basically, an emotionally abusive person doesn’t develop overnight. These are behaviors learned early in life because of our need for attachment, love, and belonging.”

You lovingly greet your partner and he starts by accusing you of cheating on him. The reason? He read text messages between you and a platonic male friend where the latter was inviting you to a reunion. But wait, what was he doing going through your inbox?

9. He will hold the relationship hostage.

He acts like an emotional vampire draining you of all the love you could give him. If you give any less then he’ll start to lash out. He might even threaten to leave you for another woman if you don’t shape up.

10. He will enable a co-dependent relationship.

He makes no effort in trying to get to know your family and friends. Your partner poisons your mind with thoughts of doubt of whether the people around you truly care about you. He reassures you that at he’s the only one who can love you. He will do any means to shut you out of your former circle of acquaintances. You’re left with nobody to hang out with except him and maybe his own crowd.

Isabel agrees and says, “Control can be acquired by depriving someone financial support or access to certain things like family, friends, spending time with people you value, sex, talking about the things that you enjoy or value, exploring new possibilities or activities.”

Are any of the following signs familiar to you? If you feel that you’re in an emotionally or psychologically abusive relationship, seek professional help. Ask a trusted loved one to help you consult with a therapist and figure out your options. As for the aftermath? Isabel suggests to focus on yourself and surround yourself with loved ones. “Go back to the self. Seek the healer that resonates with you. Do the soul work. If you’ve walk out of it, then continue healing with individuals who can support you.”

Also, remember that emotional abuse manifests in other kinds of relationships outside of a romantic one. You may encounter parental figures, friends, colleagues, and superiors who exhibit this
type of behavior. If you’re still uncertain, a great animated ad illustrates the deterioration caused by an emotionally abusive relationship.

Most importantly, stop blaming yourself for your shortcomings and for not recognizing the signs sooner. You’ve had enough of that from the partner.

Isabel advices, “Learn how to give yourself a pat on the back for getting through it instead of self-blame. Tell yourself that you are safe now and that you have learned a valuable lesson. It will serve you better to be compassionate to yourself when you review this experience.” 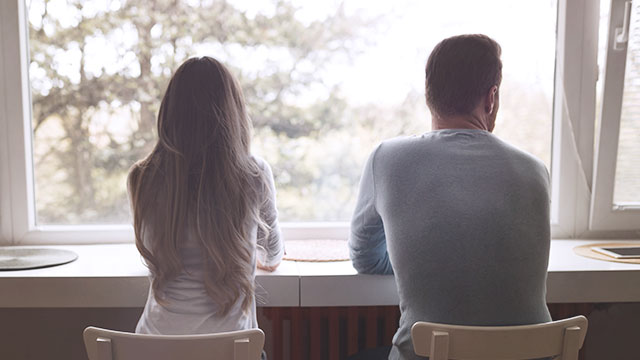 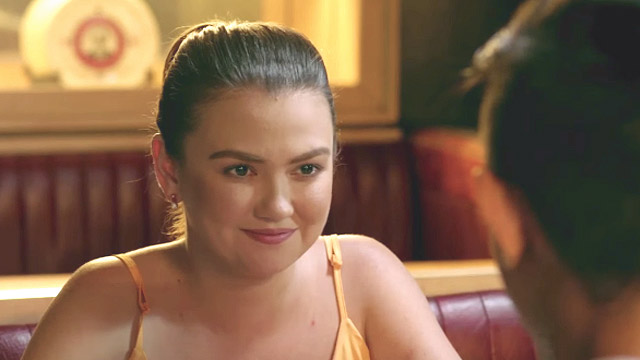