Love Lessons We Can Learn From On Screen Couples 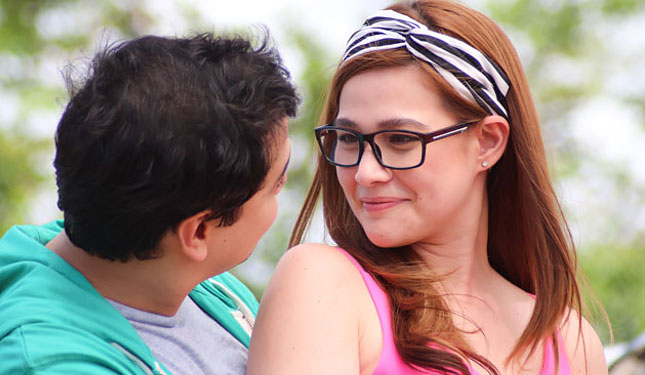 Some of us, or perhaps most of us, learned a thing or two about love through telenovelas and romantic comedy films. Romance in the movies have made us understand the joy and pain of love through its on screen couples and these pairs have somehow made us feel what it feels like to be in love. KathNiel, Kimerald, MarkJen - these couples gave us the 'kilig' moments so much that it confused many fans whether their affection towards each other is just for show or if it's the real deal.

Here are five pairs who have showed us what being in love feels like in films and shows but off screen, have taught us a much deeper understanding about love and relationships:

Rico Yan and Claudine Barretto: True Love Exists
<p style="text-align: center;"><iframe src="https://www.instagram.com/p/h7CiAkLUab/embed" width="612" height="650" frameborder="0"></iframe></p>
It was in 1996 when Rico Yan and Claudine Barretto paired up for the movie "Radio Romance". Their onscreen chemistry was a big hit and their first movie gained high ratings even though their tandem was just an experiment since Rico Yan was currently paired with Judy Ann Santos at that time.

Being the "It" couple of the 90s, the matinee idol and the mestiza beauty made it big in almost every movie they made together because of their great chemistry, but it was in the film, "Dahil Mahal Na Mahal Kita" where the two finally crossed the line of being reel lovers to real lovers. Some say that Rico Yan was Claudine Barretto's first true love and that until now, she still visits his grave.

Mark Herras & Jennylyn Mercado: The Importance of Real Friendship
<p style="text-align: center;"><iframe src="https://www.instagram.com/p/KsrA-3G6Xm/embed" width="612" height="650" frameborder="0"></iframe></p>
The pair first crossed paths during the casting of "Starstruck" in 2003 where in the end, both of them were named ultimate male and female survivor. When they started to make movies together, you can't help but ask, "Is it for the film or is it real?". We've been so drawn to this love team -- a bad boy meets and falls in love with a simple and innocent looking girl. It's a scene we've imagined and replayed in our heads over and over again.

Mark and Jennylyn at one point became real life lovers but broke up eventually, still they supported each other's projects. According to an article from Yahoo, Jen dishes out that they have been the closest of friends, admiring each other's strength through the years. Even if their real life romance came to a halt, their off screen friendship has undeniably made them into better persons. They have each other's backs and have a shoulder to cry and lean on when adversity strikes. This is the kind of friendship that's for keeps.

Kim Chiu & Gerald Anderson: Forgiveness is the Key
<p style="text-align: center;"><iframe src="https://www.instagram.com/p/BEiGL8ERksS/embed" width="612" height="650" frameborder="0"></iframe></p>
Kim and Gerald's friendship started out in a reality TV show, "Pinoy Big Brother". With Kim being the winner and Gerald coming in at third, the pair's charisma and chemistry together gained them numerous teleseryes and movies that avid "Kimerald" fans never missed watching.

They then became real life lovers but ended everything in 2010 including their on screen team up because of a controversial issue which left fans longing for their love team's reunion. Right now, Kim is with Xian Lim and Gerald with Maja Salvador. To this day, Gerald still speaks kind words about Kim and talks about how charming and irresistible she is.

It's just a matter of time before forgiveness is given. Forgiveness is important when it comes to relationships of love or friendship -- forgiveness is about swallowing your pride and accepting things that have happened before moving on. For someone to move on from a painful experience, one must forgive to give yourself and the other person concerned a clean slate to start on.

"Ako nalang ulit" -- who could forget this line from Bea Alonzo and John Lloyd's movie "One More Chance'" During the film's prime, everyone was quoting lines from this movie and I guess this is the love team's production that had the biggest impact on viewers. Even with their countless TV shows and films together, their "love" for each other remained on screen all these years. They taught us a very important lesson that no matter what happens, if it's not meant to be, it shouldn't be forced. Love teams can also just be friends. The same goes with others -- just because you have great chemistry with someone doesn't mean you two should be together. Love should come out naturally and not forced.

John Prats & Heart Evangelista: Don't Rush Into Things
<div align="center"><iframe width="420" height="315" src="https://www.youtube.com/embed/pVr1GjzOoY8" frameborder="0" allowfullscreen></iframe></div>
We've seen them mostly in romantic comedy films and they made our hearts flutter with their sweet and young puppy love. Eventually, their on-cam romance became real and were together for quite some time but some things just don't last that long. The couple broke up and according to John he struggled with the relationship and wanted space.

With this being said, it's best to take time to know the person first and make sure that you want to spend most of your time with him or her. Also, being in a romantic relationship doesn't mean that you have to solely rely on your partner for your happiness, as it will only lead you to disappointments. Learn to give each other space and understand that both of you have your own lives to live, too, and it wouldn't hurt if you weren't together 24/7.

Relationships
5 Things That May Cause Arguments with Your Man