Feeling a bit down? Transform your life with these 8 tips, starting NOW!

Half of 2014 has gone, yet you feel like your life is just the same every day, repetitive and colorless. Whether you’re losing your passion, have weight problems, stuck in a job you hate or just want to live a more exciting and meaningful life, it’s never too late to make a change and transform your life, even in the smallest of ways.

Here are eight stories to inspire you further to make your own transformation.

1. Start by adding more color into your life - literally.

Did you know that Hollywood actress Emma Stone, who is now well-known for her fiery red hair, is actually a natural blonde? It was film producer Judd Apatow who suggested that she change her color for the movie Superbad (2007). She liked it so much that she decided to keep it and now, this young Hollywood A-lister is one of the most famous redheads in the world!

Adding color to your life need not be as radical as changing your hair color. A quick, easy way is to start with the new and improved Tang! Trade plain old water for the fun, fruity flavors of Tang Orange, Tang Mango, and Tang Pineapple. See how easy it is to put a splash of color to your day? Try it now!

2. Even if your job has nothing to do with your dreams (yet), keep working hard.

Manny Pacquiao used to wander the streets of General Santos City, selling bread and homemade doughnuts. Refusing to give up his boxing dream, he moved to Manila when he was 14 and even lived on the streets at one time. After a stint as an amateur boxer, he entered the professional scene and from there, went on to become the first and only eight-division world champion.

3. Be fueled by your passion.

Marc Pingris helped make ends meet by selling fruits in the market. Yet he made time to play basketball, even if it meant borrowing rubber shoes that were two sizes too small. His passion for the game led him to become a player for the PBA, and then eventually a champion PBA player.

4. Lose weight with a little bit of help…

DJs Chico Garcia and Delemar Arias strived to lose weight to achieve a more youthful approach in life and renewed self-confidence. With a little help from slimming treatments they became healthier and more appreciative of life. Who are we to argue with those results?

Nothing beats a good diet and plenty of exercise! There is also a great sense of fulfillment that comes from this tried and tested way. Just ask anyone who has been in the Biggest Loser.

6. Become even more beautiful than you already are.

Shamcey Supsup already had a pretty face to begin with, but with a little effort –read: makeup skills and a new hair color— she managed to clinch the most coveted title of all the women in the universe using her unmatched wit, charm and of course, her unparalleled beauty.

You know you have all that fabulousness in you. Want proof? Beyonce was just another ordinary talented girl from Houston, Texas when she formed the group Gyrls Tyme together with her cousin Kelly Rowland and two other friends. It wasn’t an easy journey. It took a good seven years before they hit it big time, by then with the name Destiny’s Child. Beyonce could have stayed with the successful girl group, but she was able to stand out and build herself up as a strong, empowered female brand by highlighting her strengths and picking just the right projects that were always consistent with her Queen Bee image.

Whatever transformation your life may go through, always be sure that it is where your heart is. No one knows this better than Pope Francis himself, who worked as a chemical technician and nightclub bouncer before he entered the seminary! 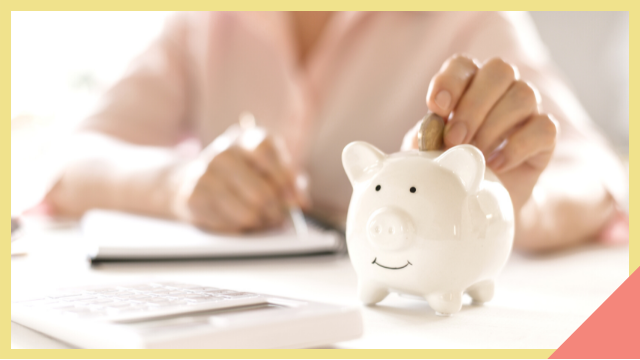 Relationships
You Wouldn't Believe The Real Function of This Necklace