Confessions of A Former Mistress 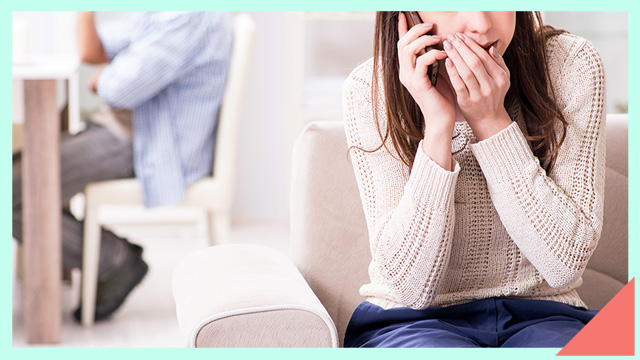 I’m not proud of it but I was a mistress once in my life. It was not for a long time, but it still happened. I met the guy when I was 16 and he relentlessly pursued me. He called me every day, went to my house whenever his schedule allowed, would shower me with thoughtful gifts. He was handsome, financially stable, mature, and even a little bit famous. He was the perfect man except for one thing—he was married.

Because I was so young when I met him and probably because I didn’t grow up in a traditional family setting (My father left us when I was still a child), I didn’t really know how to respond to this situation. I knew it was wrong but a big part of me was flattered. I couldn’t believe this guy I knew many women wanted was interested in little old me. It was the first time I had someone pursuing me who was so confident and sure of himself. Other guys who courted me before were my age and, like me, were still in school. He was just so different from the boys I knew.

We got closer as friends, but I guess because I was young, I was not ready to take it any further. His wife also called me at home when he saw her husband’s cellphone bill with the same unfamiliar phone number. I got so scared when that happened, but at that point, I was only friends with her husband so there was nothing to admit. I did tell him though that the situation was too complicated for me, so it was best if we ended our friendship there. He called me many times, but I refused to answer. He eventually stopped and I went on with my life.

Until one day four years later, as I was leaving a mall, he saw me. I was with a friend of mine whom he knew also, and he literally ran after our car until my friend’s driver stopped. He asked for my new number but I just looked away. My friend eventually gave him my number so he would leave us alone. I hadn’t even gotten home yet when my cell rang and it was him. He said he was separated from his wife and that he wanted to see me again.

Because I thought he was single, I started going out on dates with him. My feelings for him grew, and he opened up to me about his wife. About how she was immature and unsupportive, about how she would nag and pick fights all the time. I pitied him. He said that he wished he had met me first. He said I was so different from his wife, so different from any woman he had been with. That he had this connection with me that he never had with his wife. All these things made me believe that maybe he was really meant for me.

I fell for him hard. I started dreaming of a life with him and his kids. Even when I found out the truth a few weeks later that he and his wife only took a break and that now his wife was back home, I still continued to see him. I was convinced that he was the man for me.

I thought maybe they would get separated and get annulled eventually, then he could be all mine. I thought maybe his marriage was a mistake. You know the song "It’s Sad to Belong?" Feeling ko song namin ‘yon.  And I justified that he just made a mistake marrying his wife, and I was his real soul mate. Thinking about it now, I cringe at all those things I thought justified our being together.

I also put myself in the position of his wife. No matter what circumstances led to a couple’s being married, kahit arranged marriage pa ‘yan or nabuntis ang babae, a marriage contract is a covenant. It’s not a joke. You invest your whole heart and your whole life to a marriage and a family. If I were the wife, I would be devastated. I could not live peacefully knowing I was putting someone through this kind of pain. Inisip ko na lang what if nanay ko ‘yon. And even if it were true that she was a nag and was unsupportive, it was not reason enough to steal her husband away from her. Even if they were headed for separation anyway, I could not be the cause of a break-up of a family.

It was difficult, but I walked away from that relationship. He did not accept it immediately and tried to see me and talk to me many times. But my mind was made up.

Years later, I found out he had another extra-marital affair and the girl was so much feistier than me. It came to a point where they were already living together. His wife fought for him and went to the place they were staying at. The new number two made him choose between her and his wife, right in front of his wife. And guess who he chose? He still chose his wife.

Now, they are happy together with three teenage children. They were able to work out their issues and stay together as a family. I sometimes wish I could have the chance to ask his wife for forgiveness, but I’m worried that it might bring back all the hurt and pain I caused her. Maybe in God’s time, I will have the chance to say sorry. For now, I am just happy that I was able to correct my mistake before it was too late.